This new spray lotion penetrates deep within the skin's surface for healthy looking skin, but is stable and thin enough to be sprayed, so users can easily moisturise hard to reach places. The 360 degree spray is delivered using only compressed air, and a new technology for vaseline that, unlike other aerosol products, allows a continuous spray, even upside down! The unique formulation of Vaseline Spray Moisturiser is abosrbed into the skin in seconds with a few quick rubs, leaving skin instantly soft - not greasy or sticky.

"I had the pleasure of reviewing Vaseline's new and innovative spray moisturisers for myself and I must say they have surely become an addictive habit. I have managed to shorten down my moisturisation time by 50%! And that's by a large margin since I am an efficient moisturiser myself. This spray moisturiser is perfect for those who feel that applying body lotion on a daily basis can slow down their apres-shower routine, especially when getting ready for work. With the convenient spray nozzle and super speedy application, this will definitely change the way women get ready!" 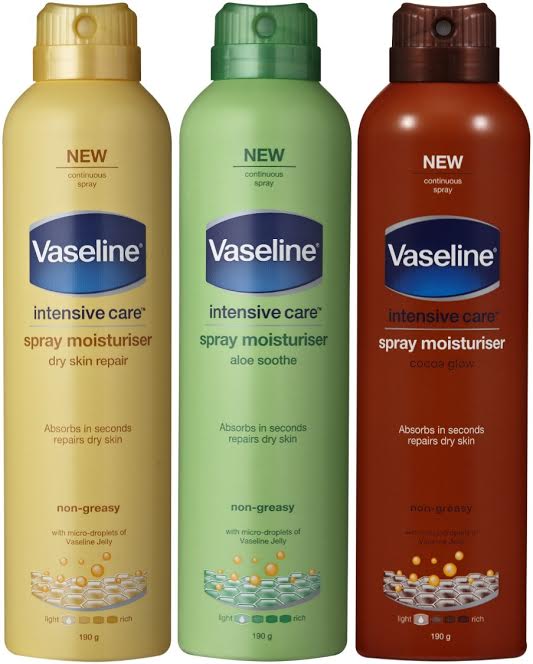 Vaseline Spray Moisturiser is available in 3 variants from April 2014 RRP $10.99

Rachel is currently Chelsey's Editor for all things Beauty & Lifestyle. She is an Auckland based writer and freelance journalist. She has also worked at NZ Fashion Week 2012 as a social media blogger, writing for Nzfashionfiles. She is an avid health foodie, yogi and surfer. She also loves witty poetry and hilarious banter!