Do men and women approach negotiations differently? That question fueled a panel discussion about women and negotiation at the recent Wharton Women in Business conference.

“Women don’t ask,” stated Jean Clemons, a lecturer at Wharton who teaches management communication. “Men ask for things — whether it’s jobs, raises, projects, engagements — two to three times more than women.” According to Clemons, women are afraid that asking for what they want will make them appear negative, aggressive or pushy. But she emphasized the fundamental importance of asking for what you want: When going for your first job, not asking for the pay you think you deserve can set you back salary-wise for the rest of your career, she noted.

Michelle Madhok, founder and CEO of SheFinds Media, an online media company that publishes editorial websites about shopping for busy professional women, pointed out that women’s concern that they will appear in a negative light is somewhat justified. Research shows that women tend to get labeled “arrogant” or “abrasive” much more readily than men, she said. Formerly a successful group director of online content at AOL, Madhok recalled that after having watched twelve bosses come and go over five years, her last supervisor commented in her review, ‘You’re arrogant, and people don’t like you.’ “And I think that was because I had been asking for things — I’d been saying, ‘No I want this; I want that.’”

Many of the panelists said they felt that women and men do negotiate differently, identifying cultural and even biological distinctions. Citing the book Cracking the Boy’s Club Code: The Woman’s Guide to Being Heard and Valued in the Workplace, Deborah Rubin, a senior vice president of pension sales and distribution at Transamerica, said that in a woman’s brain, “everything’s connecting all the time; that’s why we can multitask.” By comparison, men’s brains “work like file cabinets. They’re dealing with one topic at a time, and nothing touches anything else.” Where negotiations are concerned, Rubin sees this quality as an advantage for men since “when the file drawer closes, [the interaction is] done, and they can go out and have a drink and be best friends afterward.”

Jenna McNeill, a vice president of strategic planning at Prudential, agreed. “I think not holding a grudge — not letting past negotiations dictate the way future negotiations will go — is something men are particularly good at.” She gave the example that a man might say to another, “Bob, that’s just the dumbest idea I ever heard.” Bob might think, “Well, that was kind of a dumb idea, let’s move on,” whereas “if Bob were Sheila,” she might agonize over the incident, worrying about how to interact with that person in the future.

Networking, the panelists said, is something that men do often but women don’t do enough of. “Women are not great networkers; we’re great at getting the job done Twitter ,” noted Rubin, saying that when she looks at her own career, she feels she “spends so much time doing the work” that she hasn’t “built in the pure networking time within my industry…. [Often] you find that the most successful men in corporate America … consciously spend time connecting with people…. It helps them down the road when they need it.”

Never Let Them See You Cry

Madhok believes in building relationships with her clients because “if you come in [to the negotiation] warm, you get a much better reception, and you’ll feel more open.” Once, during negotiations of her annual rates with a major advertiser, “some guy I didn’t really know was being a real pain … but I had met the CFO a while back and he kind of liked me.” Madhok said the CFO asked her, “What do you want?” and then stated, “OK, just give it to her.”

When going for your first job, not asking for the pay you think you deserve can set you back salary-wise for the rest of your career.

Another piece of advice the panelists had for the audience of businesswomen is: Never let them see you cry. “I cry all the time…. I cry at the Olympics, at commercials for the Olympics,” Prudential’s McNeill joked. “But I will never let someone see me cry at work.” Men can’t handle it, she said, and as a result “it becomes a story about, ‘Be careful with her, because she cries.’” Rubin noted that as a younger female professional, she had to gain control over her emotions and get into the right frame of mind when going into a negotiation.

For women who are tired of “having to continually demonstrate to the world that we do belong in the boardroom” — to use Rubin’s phrase — one alternate route is to start your own business, as Madhok did. “I said to myself that if I don’t like this club, I’m going to start my own club,” commented Madhok. She pointed out that most small businesses in the U.S. are women-owned and that the trend is growing. “The power is in freedom and money.” 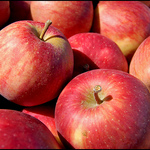 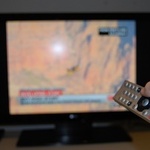 How digital [ads] will change the tv experience 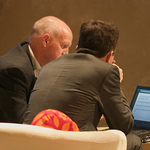