Victoria’s Secret is a $6.7 billion global brand. The leading specialty retailer of lingerie and beauty products, it has 1,600 stores, more than 40 million likes on Facebook and over five million Twitter followers. 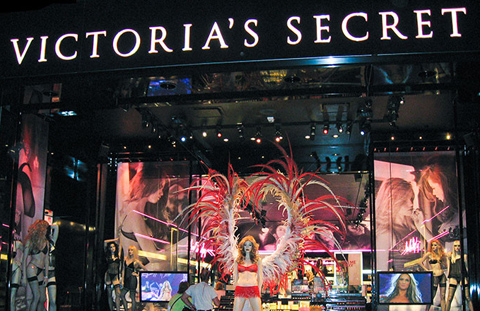 And its CEO grew up as a farm girl in rural Oklahoma.

But when you hear the story of Sharen Jester Turney’s career, it doesn’t seem surprising that she rose to the top of a retail empire. During a recent Wharton Leadership Lecture, she discussed how it all happened and where she is steering the mega-brand today.

Turney attended the University of Oklahoma to study business education. She described how, as a pom-pom girl traveling with the high-profile OU football team, she gladly accepted being bumped from a delayed flight so she could ride with the press and media people instead. Turney was curious to learn about their business and “asked a lot of questions.”

As a college senior, on Career Day, Turney “signed up for everything,” even though it was a time when most of the women she knew were either teachers or not in the workforce. One career she signed up for was auditing. She recalled the interviewer asking, “Do you even know what auditing is?” Her response was “I have no idea, but I’m sure I can learn it.”

She interviewed for retail jobs, too, and upon graduating in 1979 landed a position at the now-defunct Foley’s department store in Houston. She was the first woman to work in the men’s department. Turney remembers telling her father how out of place she sometimes felt among “all these people from around the country coming to Foley’s to work…. I said, ‘Boy, Dad, these people know so much more than I do. They’ve been to Europe; they get manicures and pedicures all the time’ — we didn’t have that in Ardmore, Okla.”

“I said, ‘Boy, Dad, these people know so much more than I do. They’ve been to Europe; they get manicures and pedicures all the time’ — we didn’t have that in Ardmore, Okla.”

Turney’s father, a livestock auctioneer, reminded her that if she brought them over to the farm, they wouldn’t know anything about Black Angus cattle, and she would be the smart one. “You’re only as smart as the ground you grew up on,” he told her, a statement which Turney says continues to hold meaning for her.

Turney has come to value her rural upbringing and early life. “When I think about where I came from … being out on a farm, with my favorite horse, Freckles … going up on a tractor, and actually ‘harrowing,’ which means planting, it was really a great humble experience.”

‘The Best Job You Never Knew You Wanted’

Working for Byer California, then Federated Department Stores, Turney eventually joined Neiman-Marcus, where she progressed from the home division to being a store manager. Then she was named senior vice president of shoes, handbags, accessories and cosmetics, which, Turney says, was known as “the job.” But one day, senior executive Burton Tansky “tapped [her] on the shoulder” and asked Turney to switch to the Neiman Marcus Catalog division (“which was known as ‘ugh, why would you want to do that?’” recalled Turney). She remembers nearly having tears in her eyes as she asked, “Am I being demoted?” Tansky reassured her that the company saw the division as having promise.

Turney ended up launching the website for Neiman-Marcus, and said she had many debates during that time with “the guys from the stores,” whom she said “were afraid of what was happening in e-commerce.” Turney told them, “One day, the e-commerce business will be your largest store.” They didn’t believe her, she added, but “today at Neiman’s, their direct business is a billion dollars, so it’s probably worth about 20 of their stores. That’s how much things have really changed.”

Turney called the Neiman Marcus catalog job “the best job I never knew I wanted Twitter .” She told the audience that it’s an example of why it’s important to be receptive to all opportunities. “The doors it opened up [for me] from there were quite incredible,” she said. In 2006, she took the helm of Victoria’s Secret.

Victoria’s Secret: It’s All About Control

Victoria’s Secret is owned by Columbus, Ohio-based L Brands, which is also the parent company of Bath & Body Works and Henri Bendel. The chain has net annual sales of more than $1.3 billion.

The top five Victoria’s Secret bras, and the top five fragrances, are the most popular ones all over the world: “We were surprised about that, honestly.”

The company came under fire this week for its new bra campaign, which shows slim underwear models and the heading “The Perfect ‘Body.’” “Body” refers to the brand’s new bra, but three British students are demanding that Victoria’s Secret apologize and change the ad’s wording because it plays on women’s insecurities by implying that there is only one ideal body type.

During her speech, which took place earlier this month, Turney explained that Victoria’s Secret is a vertical brand, meaning that the company designs everything, sources everything, and sells only through its own distribution channels. “Even when we started setting up our international opportunity, we didn’t just license it or franchise it out … we actually buy and distribute the merchandise from Columbus, Ohio.”

The international part of the business was started four years ago. Victoria’s is proceeding with caution in its further expansion. “[Wall Street] would say ‘push, push, push; get that growth internationally’ and we’ve chosen not to do that,” noted Turney. She said that she has seen many companies move quickly into international expansion with an eye toward overtaking the competition, only to lose sight of their U.S.-based business.

Turney intends first to understand, and learn how best to operationalize, Victoria’s Secret’s overseas opportunities. “How do we work with franchise partners, which we have no skill set in? How do we open stores on foreign soil and make sure we pass regulations and get merchandise there and still please the customer? How do we make sure that no matter what store you go into around the world, that … the experience is the same? So, we’ve gone slowly…. So far, that’s worked out very well for us.”

“The only reason I would tell you it might be harder for a male — and Victoria’s Secret has had male CEOs in the past — is that they can’t engage with the product. They can’t wear the product.”

That said, Turney noted that the company will open its first store in China this fall, and it expects to “probably do about $1 billion to $2 billion internationally” over the next year to year and a half. She also shared a surprising tidbit about the company’s global markets: The top five Victoria’s Secret bras, and the top five fragrances, are the most popular ones all over the world. “No matter if you’re in Canada, Saudi Arabia, Turkey, Bond Street in London…. We were surprised about that, honestly.”

The company is also careful to stick to the things it does best, according to Turney. She described how Victoria’s Secret had developed a streetwear apparel business through its catalog division — jeans, coats, jackets and the like — but noted that she and her team had recently “made the hard decision to walk away from [the] business …. We said, ‘It’s never going to go into the stores … [and it] does not really help us sell more bras.” The company’s core business is intimate apparel: bras and panties, said Turney. “We believe that by streamlining and exiting out of the peripherals, it will be even more of a springboard to growth.”

Turney was asked if she thought that a female-centric business like Victoria’s Secret benefits from having a correspondingly female CEO. “Of course!” she joked. She went on to note, however, that anybody can be a great leader, and anybody in retail can “merchandise almost any category.” But, she asked, can you have passion around it?

“The only reason I would tell you it might be harder for a male — and Victoria’s Secret has had male CEOs in the past — is that they can’t engage with the product. They can’t wear the product.” For example, she said, she can talk about comfort: Are the bra pads soft; is this bra digging into me? She said that a male CEO would at least need to have a great right-hand person who was a woman — “because I would never say that we would not have a male CEO of Victoria’s Secret,” she noted. 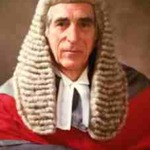 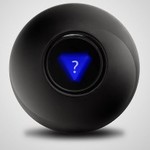 ‘Uncertainty Traps’: Why a Lack of Information Can Paralyze an Economy

If Disney Builds a Streaming Service, Will They Come?