The Hiring Advantage of High-status Firms

“I have discovered that our [MBA] students talk about becoming an ‘MBB.’ That’s [a reference to] ‘McKinsey Bain BCG’, the three highest-status consulting firms,” says Wharton management professor Matthew Bidwell, co-author of a recent paper titled, “I Used to Work at Goldman Sachs! How Firms Benefit From Organizational Status in the Market for Human Capital.” The paper – also co-authored by Wharton management professor Ethan Mollick, Roxana Barbulescu, a McGill professor of organizational behavior, and Shinjae Won, a Wharton PhD student — draws connections between the status rankings of firms and their hiring power in the labor market.

In some ways, says Bidwell, the paper puts solid research behind a dynamic that many people have known intuitively. If a firm is high status, it possesses a hiring advantage (“preferential labor market access” in the paper’s language), but the advantage is not what one might think. It isn’t better pay or more interesting or challenging work: It’s the belief that having worked for such an employer can help you get a better job later on.

“You essentially can pay people in reputation,” says Mollick. “They will take less salary early on because the reputation will result in a higher salary later.” He compares this phenomenon to the argument for attending a business school: It may mean reduced earnings for a couple of years, but it benefits your future career.

According to the researchers, previous studies have outlined conditions thought to be necessary for a company to have a hiring advantage. The company must have some attribute that motivates job-seekers to work for it, and must be able to protect that attribute from being trumped by either their competitors or the employees themselves. But the studies have offered few specifics and have implied that a rare, unique confluence of circumstances may be necessary, says Bidwell. He and his co-authors suggest instead that a broad group of employers — those highly-ranked in the market — meet the conditions for having a hiring advantage. Status is rare because only a few firms can be at the top, and status rankings tend to persist, which makes them hard to imitate or copy.

This advantage, though, has an Achilles heel, according to the researchers. When hiring employees early in their career, a high-status firm can offer lower wages and still get high-quality job-seekers to sign on. However, later in these workers’ careers — when they have acquired more experience and can “signal their quality” — the high-status firm must reach ever-deeper into its coffers to retain them.

Bidwell and his co-authors chose investment banking as a living laboratory because it is an industry in which status is extremely important, there is a clear hierarchy among firms and moving among firms is common. First, to establish employer status, Bidwell and colleagues drew on publicly-available prestige rankings of investment banking firms for the years 2001 to 2009 from Vault.com. Vault.com is a New-York based company that provides career-related information for recruiters and job seekers based on surveys of industry professionals.

The researchers found employer status rankings in investment banking to be generally agreed-upon and very stable. Of the 10 highest-status firms in 2003, seven were still in the top 10 in 2009. The only firms to drop out of the top 10 were either bought by other firms or not primarily involved in investment banking. “The investment banks and consulting firms that our [MBA] students want to go to are probably very similar to the list from 10 or even 20 years ago,” Bidwell notes. “We have had a couple of interesting entrants, like Evercore and Blackstone. I think both have roots in private equity, and that has given them a lot of prestige. But for lower-ranked firms to move up has turned out to be very hard.”

Next, Bidwell and colleagues investigated whether workers were more likely to choose jobs in firms based on anticipated career benefit. They analyzed a 2013 job-seeker survey of Wharton MBA students. Bidwell says that in addition to being asked what they looked for in a job offer, the respondents were also asked what they thought colleagues were looking for, “in case the thought ‘I just want to work for a really high-status place’ made them look a bit shallow.” In addition, the researchers analyzed a 2011 Wharton MBA alumni survey with information about jobs held since graduation, supplementing this with academic awards data from the MBA program office.

“The investment banks and consulting firms that our students want to go to are probably very similar to the list from 10 or even 20 years ago.” –Matthew Bidwell

According to the paper, the results demonstrated the significant role that an employer’s status plays in its ability to attract the most talented workers. This emerged especially clearly in investment banking, where respondents’ odds of accepting a job offer nearly doubled with a one-unit increase in their perception of the firm’s reputation. “We think of firms as competing on pay when it comes to hiring, but this demographic is competing much more on career opportunities,” says Bidwell. The status factor was prized above all others — not only pay rate, but the opportunity to develop new skills, the chance for advancement within the firm, interesting work, cultural fit, work-life balance, and formal training and mentoring.

Bidwell and co-authors also found support for their theory that the hiring advantage of high-status firms peters out as workers move further along in their careers. Young workers are very happy to work for a high-status firm even if the pay is unimpressive. But as the employees log more years with the company, they demand higher wages. In fact, workers’ pay rises faster with seniority in high-status firms than lower-status firms, given that the high-status firms have a critical need to retain top talent. As Bidwell notes: “The senior workers have the attitude, ‘Everybody knows I’m good. I’m a VP at Goldman or whatever, and that’s visible to everybody, so the incremental value of continuing to have Goldman on my CV is not very high. If you’d like to keep me, then I’d like some more money.’”

Mollick says he and his co-authors “were surprised by how status played out [in real-world data]: It really [got] you the smartest people at a lower cost [in the beginning], but the effect disappeared as time went on. That timing issue turned out to be really interesting as well.”

Human resources directors and other executives looking to make their firm more competitive in the labor market might think about ways they can offer to advance workers’ careers, the researchers suggest. Bidwell points out that McKinsey, for example, has a strong alumni network that generates a sense of supporting people in their future endeavors. It might also be to companies’ advantage to realize how different rewards — such as career advancement and pay — can vary in importance to employees at different career stages, as demonstrated in the paper.

“You essentially can pay people in reputation.” –Ethan Mollick

They also note that high-status firms tend to hire large numbers of junior workers who receive wages that are much lower than the clients are billed. High-status firms, the authors suggest, might exploit their industry advantage further by hiring these workers on an even larger scale.

Do the paper’s findings apply outside of the financial industry? Bidwell believes they are relevant in businesses where there is a recognized status hierarchy. “When there is a clear, agreed-upon ranking, it’s particularly important to be at the top.” If not, the situation may be more nebulous, for example in technology: “Do you want to work for Google and Apple because they’re at the top of the tree, or is it actually better to go work for a really cool start-up?”

The research tells “a story about the effect of status,” Bidwell adds. “Why do people want to work for a high-status firm? Not because they want to be able to brag about it to their friends – although I’m sure that doesn’t hurt – but particularly because they believe it’s going to make it easier to get the next job.” The researchers also found that it does make it easier to get the next job. In the study, people who left high-status firms consistently attained higher-level jobs compared to people from firms of lower status. 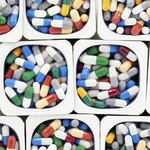 The Medical Revolution You Haven’t Heard About … Yet 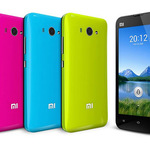 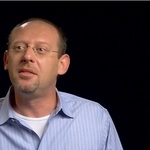