Politics, Property and the RMA

The Auckland property market has become unsettled in election year. 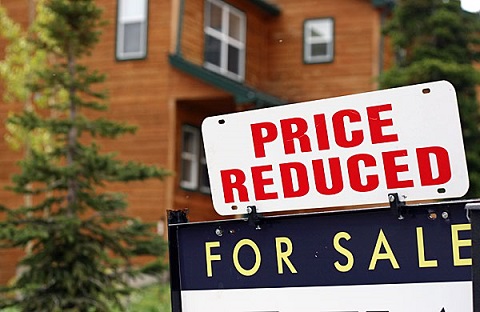 These policies express themselves in ways more subtle than rules around minimum equity requirements for home buyers.

The Reserve Bank’s regulations compelling commercial banks to raise higher proportions of their capital from domestically-sourced deposits have had an impact.

Credit growth is constrained by the domestic deposit rule, which could have wider and more insidious effects on economic growth as time goes by.

An Auckland conveyancing solicitor relates how she and other long-experienced fellow practitioners have encountered unprecedented levels of finance falling through on property deals and have responded to the new need to include back-up finance arrangements in standard contracts.

Gone are the days, apparently, of property purchase offers being “subject to finance”.

Politics is proving as influential as credit.

Auckland property investors are talking of cautiously waiting until the general election of September 23 is out of the way before venturing forth to buy.

Present public opinion polling suggests that New Zealand First will be in government whichever major party – Labour or National – is able to form a ruling coalition.

Populist New Zealand First now represents the political centre in our country, with Labour to the left and National to the right.

The party of Winston Peters is routinely portrayed as a source of instability and therefore concern for the investment outlook.

A recent pot-calling-the-kettle-black spat between the Greens and New Zealand First over alleged racism is a typical example.

Prime Minister Bill English could not resist sniping, “… the proposed Labour-Greens-New Zealand First coalition would be inherently unstable because their internal differences are deep.”

He may yet have to contemplate the same thing for a National-Maori Party-Act-United Future-New Zealand First coalition.

New Zealand First looks like the only stabilizing element in coalition governments that would otherwise fall under the extremist sway of either or both the Greens and the Maori Party.

The Greens’ stance on the Treaty of Waitangi reveals it is the Maori Party of the left, while the Maori Party itself has declared willingness to enter into coalition with Labour.

It offered to support the National government on Resource Management Act (RMA) reform if references to the Treaty of Waitangi were stripped out.

National chose to reject this opportunity and instead fell captive to the Maori Party in making the RMA even more racist.

The big risk for investors exposed to the RMA is the accelerating plunge into race-based Maori control of local authorities and resource consenting processes that the fifth National government has enacted.

Costs and obstacles will be added to doing business that detract from New Zealand’s economic growth and international competitiveness.

Those who fret that New Zealand First is destabilising should reflect on whether its coalition arrangements with National in 1996-8 or Labour in 2005-8 seriously impeded either of the two major parties from governing.

If anything, New Zealand First could be accused of being a passive free-rider party that, once ensconced in cushy government sinecures, afterwards achieves little of lasting distinction apart from perhaps the SuperGold Card.

Perhaps it is time the septuagenarian Mr Peters practised the activism in government he threatens from opposition and led New Zealand First into meaningful and lasting political achievements.

A suitable price he could extract from either Labour or National government coalition partners would be repeal of racist outrages in the RMA such the mana whakahono a rohe/iwi participation arrangement.

Investors and businesses would then have reason enough to celebrate him long after in posterity.

This article is published with the kind permission of the author. It was first published by the NBR HERE. 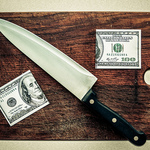 Eating off a chopping board 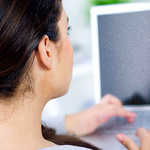 Confidence Games: Why People Don’t Trust Machines to Be Right