How to Convince Workers to Quit Smoking – by Making a Bet

Employers wary of the rising costs of health care have plenty of reasons to encourage workers to quit smoking — but what is the right incentive to convince the employees?

In a paper titled “Randomized Trial of Four Financial-Incentive Programs for Smoking Cessation,” which was published this month by the New England Journal of Medicine, researchers from Wharton and the University of Pennsylvania worked with CVS Health to see what types of incentives would be the most effective in getting 2,500 study participants — all CVS employees or their relatives — to cease using tobacco. They found that smokers were more likely to quit if money is at stake — in the form of a financial reward, but particularly if people also put up some cash of their own and would lose it if they didn’t succeed. They key, however, is convincing people to take that risk.

CVS is putting the findings into practice. In June, the company will launch the “700 Good Reasons” program in which participants are asked to make a $50 deposit of their own money with the chance to earn up to $700 (plus the return of the deposit) if they commit to the program and test tobacco-free at six and 12 months.

In this interview with Knowledge@Wharton, Wharton health care management professor Kevin Volpp, a co-author of the study, discussed the research and its implications for increasingly popular employee wellness programs.

This was a study led my colleague Scott Halpern and funded by the National Cancer Institute, in which we involved CVS employees from around the country who were smokers.

We put them into one of five different groups:

“Those who were given the opportunity to put their own money at risk and who chose to do that did phenomenally well — about 52% of them actually quit smoking.”

There were three main findings to the research. The first is that we were able to replicate earlier work done by our group among employees at General Electric, in which we found roughly a tripling of smoking cessation rates at six months. And that was pretty exciting because as a researcher, you’re always hoping that when you find important results those can be substantiated in other studies. And the findings here were very similar to what we had found initially at GE a number of years ago. So, that was point one.

We also found that putting people in groups was not significantly more effective than just offering them an individual incentive. This was important because there is a lot of buzz out there about making programs social, and people often assume that they’ll automatically make the program more effective. In this case, I want to add the important caveat that we put people together in groups who did not know each other. But giving those people an opportunity to collaborate did not significantly increase the rate of smoking cessation.

A lot of employers offer incentives for healthy behavior. About 85% of large employers in the U.S. offer incentives for healthy behavior of one kind or another. But there are two big limitations to how this is commonly done. Commonly, this is done by adjusting people’s [health care] premiums and by making that adjustment in the future. And there are two reasons why, from a behavioral standpoint, that is not likely to be effective.

One is that by tying these incentives to premiums, it makes them relatively invisible. If I give somebody a discount on their premiums, that is something that is typically [included as part of] your paycheck. Your paycheck is direct deposited in the bank and [the discount is] thereby rendered relatively invisible. You could have an incentive of several hundred dollars that the employee may not even realize is being deposited in their account. From a mental accounting standpoint, that’s a very bad thing to do because you obviously want to make these incentive dollars as effective and as visible as possible.

The second issue is the time sequencing. A lot of times, employers give these incentives through premium adjustments the next year or at the end of the current year. And when you’re trying to change somebody’s behavior, given that humans are wired to focus on the here and now, that’s not a very good strategy.

This study provides a new path forward that I think really highlights two key things. One is that taking these incentives out of the premiums, making them more visible, makes them much more effective. Twitter  As I mentioned, there is roughly a tripling in smoking cessation rates from having this very visible incentive available to employees.

The second is that offering employees an opportunity to put some of their own money at risk, for those employees who are willing to do it, can be very effective. And what’s very exciting about this study is the follow-up in terms of what CVS Health is planning to do. They are offering to all their employees starting [in June] through a new program called “700 Good Reasons” an opportunity to put $50 of their own money at risk. If employees are successful at quitting smoking at six months and at 12 months, they will actually match that with [up to] $700. So, it’s a 14 to one match.

The idea is to really make it attractive to people to participate. For a fairly minimal contribution of $50 all smokers would then have the opportunity to win an additional $700. And the hope there is to really tie in to a lot of what we’ve found through this study — getting high rates of participation and then, among people who participate, really high success rates in quitting.

I think this research provides a new paradigm for employers to think about where these programs can be much more effective than they’ve typically been.

One thing that surprised us a bit was that despite offering matching dollars of $650 for everybody who put $150 deposit down, only about 14% of people were willing to do that. I think that highlights a number of important elements of human nature. People are very reluctant to part with their own money. We know that from lots of other contexts in life. And it appears that $150 was just too high a bar for people in terms of getting them engaged in this decision to try to quit smoking now.

That’s one of the reasons I’m so excited about the new CVS program … because by having this lower bar of $50 — and also a much bigger match of $700 for the $50 — I think the potential rates of engagement are going to be very high because that’s a very attractive proposition.

We have to keep in mind that about 70% of smokers in the U.S. want to quit. Only 3%-5% per year are able to. Part of it is trying to make it very attractive to smokers to try to quit now. And I think the new CVS program has a real chance to do that.

“Taking these incentives out of the premiums, making them more visible, makes them much more effective.”

I think there’s several important lessons to draw. One is that we can do better than we’re doing now in terms of helping people quit smoking. Clearly offering people free pharmacologic therapy is a good idea. I don’t think any medical professional would disagree with the notion that we want to lower the barriers to access to evidence-based therapies as much as possible.

But it’s important to highlight here that the standard incentive arm roughly tripled smoking cessation rates over and above what was achieved with free pharmacologic therapy. So, we can do much better than we’re doing.

The other important point to recognize is that study after study has indicated that having a smoker who’s an employee probably costs an employer $3,000 to $6,000 extra a year in terms of higher health care costs and lower rates of productivity, higher rates of absenteeism. Offering an incentive of $800 or something in that ballpark to employees should be financially a no-brainer because it really offers the opportunity to both help your employees get healthier and help the employer from an economic standpoint.

One of the common perceptions people have is that by making programs social they will automatically be more effective. And this study provided some pretty good evidence that putting people in groups doesn’t automatically lead to higher quit rates.

I suspect that if we had been able to put smokers together with other people they knew they might have been able to achieve higher rates of success. But in creating a program that we thought had the potential to be scalable, we by design grouped people who didn’t know each other together because that way you could just enroll people as individuals. You didn’t have to have people enroll in groups of four or groups of five, which would have made things much more challenging.

And it’s important to note, that putting people in these groups of five and offering them a chance to collaborate was not effective at increasing their smoking cessation rates.

There are a couple of things which really set this research apart from many of the other studies that have been done. The first is that this is actually the largest study that has ever been done of financial incentives and smoking cessation within an employer population. So, we have a lot more statistical power to find differences if they exist.

“An incentive is not an incentive; a dollar is not a dollar. It all depends on how these programs are designed, how they’re delivered.”

A second reason is that this was done in very close collaboration with one of the largest employers in America. CVS is the 12th largest employer in the United States. And by working closely with them, we were able to tie this in using their communications infrastructure and conduct a study that much better reflects the real world application of these kinds of programs than if this were an academic study done in an academic setting.

A third reason that this is, I think, relatively unique is we tested several different incentive designs head to head. That’s very important because a lot of employee benefits managers seem to think about incentives in terms of yes or no. It’s very important to recognize that how you design these programs has a huge impact on how effective they are. An incentive is not an incentive; a dollar is not a dollar. It all depends on how these programs are designed, how they’re delivered. That has a big impact on how effective they are. And this provides very nice comparative effectiveness research data that can be used by employers and benefits managers in thinking about the kinds of programs they should design and what exactly those look like.

One of the most important findings from this study is that among people who are given the chance to put some of their money at risk, smoking cessation rates as I mentioned were phenomenally high, about 52%. But only about 14% of people agreed to do that.

One of the key areas going forward for future research is how to increase that 14%. So, in a follow up study we’re doing, we’re looking at that … and seeing if we can engender the same kind of quit rates among people who now have this money at risk, but where all of them are participating in that loss aversion type incentive arm.

So, that’s I think one of the key questions going forward: If you increase the participation rates in those kind of programs, can you really increase the quit rates accordingly? 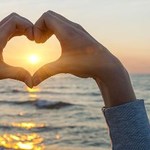 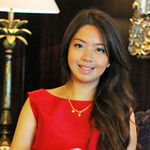 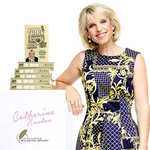