Figures on home ownership and facts about affordability

“I know of no safe repository of the ultimate power of society but the people. And if we think them not enlightened enough, the remedy is not to take power from them, but to inform them by education.” – President Thomas Jefferson

Housing is set to feature strongly in the forthcoming election campaign as a result of widespread concerns about home affordability and the so-called declining rate of home ownership. The problem is that both of these issues have become so highly politicised that it is difficult to differentiate fact from fiction. So, for the record, let’s set down some facts.

When no-one knows who owns one in five New Zealand houses, it becomes impossible to make serious assertions about the rate of home ownership. As a result, claims by Statistics NZ, that the Census shows home ownership rates have fallen from 66.9 percent in 2006, to 64.8 percent in 2013, are simply not credible.

This week’s NZCPR Guest Commentator, Michael Littlewood, the Co-director of the Retirement Policy and Research Centre at Auckland University, explains:

“There are too many gaps in the questions asked in the 2013 Census (and earlier equivalent questions) for us to be certain about any recent trends in home-ownership rates.  The gaps mean we have no ownership information for about 362,000 of all dwellings; that’s 20.7% of all 1.76 million dwellings on Census night in 2013.

“There are two main holes in the data.  First, we have no information about who owns the 185,000 dwellings that were unoccupied on Census night (10.6% of all dwellings).  Neither do we know why they were unoccupied.  They might be holiday homes, between tenants, on the market, under renovation or the usual occupiers (owners or renters) may have been away on holiday or on business.  We just don’t know.

“The other major hole is the occupiers who didn’t answer the question or who gave an unclear answer.  That was another 177,000 dwellings or 10.1% of all dwellings.

“The data gaps seem to be growing – the 2013 gap (20.7%) was 19.4% in 2006.  Part of that is probably caused by the rise in family trust ownerships, though the Census questions tried to capture these.  Gaps in the questions also contributed.”

In other words, until the government improves the reliability of their statistics, claims that the rate of home ownership is falling are pure speculation. Indeed, since the Census data also shows there has only been a marginal increase in the number of families who are renting – rather than the large rise you would expect if home ownership was in serious decline – a more likely explanation for the data anomalies is that more and more families are choosing family trusts as an investment vehicle.

Now to the issue of housing affordability.

This is a very complex policy area, with many different factors at work – some of which are completely glossed over by those seeking to politicise this issue.

First and foremost, we must not forget that KiwiSaver is now providing assistance to first home buyers, by enabling those who have been in the scheme for five years, to use their savings – including their employer’s contributions and a $5,000 government grant – as a deposit on their first home.

Secondly, when considering the affordability of housing, it is important to compare like with like – since today’s homes are much larger than they used to be, they will cost more.

Back in the early seventies, cheap loans for low income families had created a housing boom of smaller homes. According to the 1976 New Zealand Official Yearbook, “The standard house is about 94.95 square metres in area, is single-storeyed, and normally built of timber; fittings are of a reasonably high standard, especially in the kitchen. It now costs over $18,000 to build, and stands on a section costing more than $6,200 on average.”[2] By 1986, the average floor area of a new house had increased to 134 sq metres, by 1996 to 175 sq metres, and by 2006 to 209 sq metres.

When it comes to the cost of housing, we know that market prices are determined by supply and demand – if supply outpaces demand, then prices will fall, but if demand exceeds supply, then prices will rise. The market is able to correct these imbalances – if it is allowed to operate freely.

The problem is that housing market failure is evident in many parts of the country – especially in Auckland. Local and central governments have effectively obstructed the free market from being able to increase the supply of affordable housing to meet the rising demand. In other words, poor governance has created widespread market failure in those local authority areas where councils have failed to open up sufficient land for development.

In many such areas, a key cause of market failure is extremist environmental policies embedded in council plans – under such names as Smart Growth, Urban Limits, or Sustainable Development. The ideology underpinning these policies is based on the notion that urban development is destroying productive land and that New Zealand can no longer afford to use more and more of its land area for housing. As a result, all sorts of draconian limitations will have been imposed by councils on property-owners to prevent them from subdividing and opening their land up for more housing.

However, those who subscribe to the viewpoint that rural land needs protecting from the encroachment of housing, should really look at the facts. According to data produced by the Ministry for the Environment in 2006, less than one percent of New Zealand’s total land area is used for housing, buildings, and roads.[3] Out of the country’s 26,821,600 hectares of land, only 220,500 hectares in total have been built upon. That’s 0.82 percent of the total area of the country. Anyone trying to restrict the release of land for housing, because they think New Zealand will run out of it, not only has their head in the sand, but they are doing the country a grave disservice.

But it is not only a failure of councils to open up sufficient land for development that is causing a decline in affordable housing – it is their bureaucracy too.

Housing Minister Nick Smith recently provided some insight into the problem during Question Time in Parliament, when he explained that under Helen Clark’s Labour Government, the zoning changes required for major new housing developments in Auckland took on average 7 years! In comparison, under National’s new Special Housing Zone initiative, which was introduced to fast-track development in areas of housing shortage, the zoning changes now take 7 weeks.

As the Minister explained, “At Hobsonville the previous Government announced a new housing development of 3,000 homes in 2002, with a lovely photograph of the then Prime Minister turning the first sod—in 2002. The only problem was that not a second sod was turned by 2008—zip, zero homes. The special housing area at Hobsonville was granted in December and earthworks were consented a week later…”[4]

But the time delay is only a part of the problem.

The scarcity of land for building has pushed up the price of land, as a percentage of the total cost of a home, from around 40 percent to over 60 percent in some areas. And as the price of land becomes more expensive, it becomes less suitable for lower-cost housing.

Add to this, development impact fees, which were introduced by Labour during their reform of the Local Government Act in 2002 – to enable councils to access a new source of income to pay for infrastructure and other amenities for new subdivisions – and suddenly tens of thousands of dollars in council fees are added onto the cost of a new home.

The 2004 Building Act also added to the cost burden of building of a home by introducing a raft of new requirements, such as insulation and double glazing, along with additional costs such as a building levy. It has been estimated that together, government and council charges can easily add around $40,000 to the price of a new home.[5]

The leaky building crisis and the Christchurch earthquakes have also made councils more risk averse. Rather than encouraging development, some may actually be discouraging it by applying costs and controls that may not be warranted.

In 2012, the Productivity Commission’s report on housing affordability addressed many of these issues, highlighting the urgent need for councils to not only free up more land, but to speed up and reduce the overall cost of consents as well.

The Minister for the Environment has also weighed into the debate with a Cabinet approved submission on the Auckland Council’s Proposed Unitary Plan.[6] The Minister was scathing about the council’s inability to free up sufficient land to meet Auckland’s future housing needs, and she was highly critical of their reticence to simplify and reduce the cost of resource consents. In particular, she recommended that the controversial requirement to consult iwi over sites of significance to Maori should be dropped, along with the onerous heritage protections that had been included in the plan.

Along with increasing the availability of land in areas of housing shortage, restricting development contributions, and fast-tracking the consent process, National is also reducing the cost of building by suspending duties and tariffs on imported building materials – a move they estimate will cut $3,500 off the cost of building a new home. In addition, they are attempting to reform the Resource Management Act to remove excessive resource consent requirements so it is simpler and cheaper to build.

And, to get on top of Auckland’s housing shortage, the Government has partnered with the Auckland Council to commit to the building of 39,000 new homes over the next three years – 9,000 in the first year, 13,000 in the second, and 17,000 in the third.

So what can we conclude? Firstly, home ownership is probably not the crisis the opposition politicians and activist social housing groups would have us believe – the figures simply don’t tell us the full story. And secondly, what we do know for sure is that sustained house price increases reflect a market failure that is being caused by restrictive planning rules and money grabbing councils. 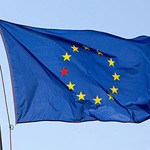 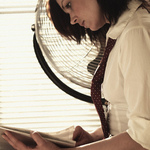 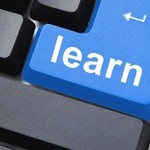 How Innovation and the ‘Reimagined’ Classroom Will Change Learning