China’s “little grain” has become a very big deal. Xiaomi, whose name literally means “little millet,” last year leapfrogged its rivals to become the largest smartphone maker in China, even unseating Samsung. Led by charismatic founder and CEO Lei Jun, 5-year-old Xiaomi has been dubbed “Apple of the East” because of its stylish mobile phones and flashy marketing style. But while Apple aims for the higher-end market, Xiaomi’s goal is to make devices affordable to most people by selling its phones near cost. It operates on razor-thin margins by bypassing retail stores and selling online. It keeps inventories down by tightly controlling manufacturing. To keep users happy, a quick-response team incorporates consumer feedback into its products and apps post haste. Now, it is eyeing global expansion. 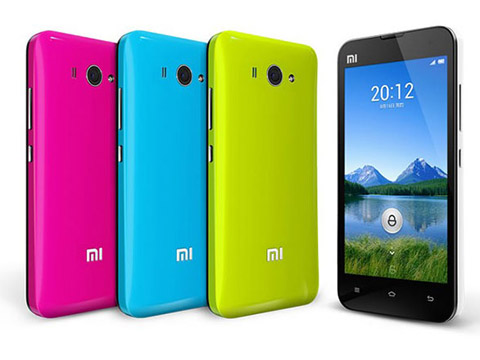 On June 30, the company launched its latest smartphone, the Redmi 2, in Brazil. It is the privately held company’s first foray outside Asia, where it is already in eight markets — China, Hong Kong, Taiwan, Singapore, Malaysia, the Philippines, Indonesia and India. Xiaomi has plans to go to Russia, Turkey and Thailand as well. “We will enter even more overseas markets this year,” says Xiaomi president Li Bin on the company website. Earlier, Xiaomi slowed down its expansion plans in order to learn more about each market it enters.

In 2014, the company sold 61.2 million smartphones and posted revenues of 74.3 billion renminbi (RMB) or $12.1 billion, up 227% and 135%, respectively, from a year earlier. “This put us in the top spot for smartphone makers in China,” Li says. Such fast growth has made Xiaomi a darling of investors: It raised $1.1 billion in the latest round of venture capital funding to boost valuation to $46 billion, making it one of the world’s most valuable tech start-ups. This year, Xiaomi is targeting sales of 80 million to 100 million handsets.

But signs of trouble have emerged. In the first half of this year, Xiaomi sold 34.7 million phones, up 33% from the same period in 2014 as China’s growth slows. However, the company typically enjoys triple-digit percentage growth. While China’s mobile phone market is gargantuan and has expanded quickly, demand is slowing as the market becomes saturated. For the first time in six years, Chinese smartphone shipments fell 4% in the first quarter from the same period a year earlier, according to IDC. The research firm is forecasting that 2015 will be the first year in which China’s smartphone growth, at 2.5%, will be slower than that of the global market, projected at 11.3%.

“Our growth forecast for the China smartphone market is relatively flat in 2015, a single digit [gain] at most. In that sense, Chinese vendors like Xiaomi have to go overseas,” says Bryan Ma, vice president for IDC’s Asia Pacific Client Device Team Group. In May, IDC also cut its China smartphone shipment forecast to 430 million units this year from 451 million. “The people who want to have a smartphone in China already have one, so the forecasts for upcoming years are generally for sales of replacements,” he explains.

As smartphone users upgrade or replace their phones, they will be more finicky about what they buy, adds Benjamin Cavender, principal and senior analyst of the electronics and IT sectors at the China Market Research Group. “It will be more difficult for smartphone companies to sell because they have to demonstrate that they have got something different or give reasons for people to buy a new phone. Apple is in a good position because it has brand cachet, is a luxury purchase and their system is more polished,” he says.

“Chinese vendors like Xiaomi have to go overseas.” –Bryan Ma

Indeed, competitors continue to nip at Xiaomi’s heels. In China, rivals including Huawei and Lenovo are not letting up. Overseas, Apple and Samsung are the biggest challenges. In the first quarter of 2015, LG Electronics bumped Xiaomi from fifth place in smartphone sales worldwide, according to IDC. Moreover, Xiaomi faces several hurdles as the smartphone market matures, including patent issues and a lack of R&D scale needed to gain an edge with tech-savvy millennials.

Xiaomi has made no secret of its strategy of piggybacking on the popularity of the iPhone, an item dearly coveted but beyond the means of many in China’s upwardly mobile middle class. “Xiaomi saw the opportunity created by Apple, which set the smartphone market on fire Twitter . But not everyone can afford an iPhone,” says Duncan Clark, chairman of the telecom investment advisory and consulting firm BDA China Ltd. To prompt consumers to buy, Xiaomi institutes “flash” sales through social media to create buzz and a sense of scarcity. “Their quirky culture, community and scarcity marketing approach have been a big hit, especially in the middle to lower tier of the smartphone market,” he adds.

Marshall Meyer, management professor emeritus at Wharton, attributes Xiaomi’s popularity to low prices and crowdsourcing. “This is a very popular concept in China, but it may not be in the U.S.,” he says. Apart from lower prices, loyalty to Xiaomi’s CEO and the brand have been its main competitive advantages. “They have a very loyal fan base that they have been able to maintain and grow through social media,” Ma notes. “Apple has very loyal followers. Sometimes people call it the ‘Church of Apple,’ because it is almost like a religion. People worship Apple. There also are very loyal Xiaomi fans.”

Xiaomi sells its devices mostly through scalpers, who buy the phones and then resell them with a 100 RMB to 300 RMB markup — or $16 to $49 — partly through online channels such as Taobao, China’s equivalent of eBay. A sense of scarcity appears to have worked to the company’s advantage. “Because Xiaomi does not keep much inventory and their smartphones are always running short of demand, people cannot buy phones from the Xiaomi website for some time after the products are launched. The strong demand from resellers has helped Xiaomi expand its market share quickly without any extra investment,” says Sheng. Xiaomi only makes more phones once it has orders for about 70% of what it plans to make, he adds.

“You can disappear overnight if you do not have a new technology or you mess up your retail strategy.” –Benjamin Cavender

That sales model may not work well in mature markets like Japan and the U.S. “The way they sell the products in China is, they make a big announcement saying the phone is going to launch. Then, the first 1,000 people can get it online, but those who miss that chance have to wait for a long time,” Cavender says. “Xiaomi does it to keep costs down and still have good margins, so they don’t make anything until people submit orders. It is sometimes difficult for people to get products.” This tactic may not work in other markets where people will just buy a different brand instead of waiting, he says.

Cavender says Xiaomi runs a real risk of misjudgment as it seeks to expand globally. “You can disappear overnight if you do not have a new technology or you mess up your retail strategy. Even looking at China, Apple outsold Xiaomi in the first quarter of this year. Even in their home market, they are not going to be the number one player,” he says. Apple held a 14.7% market share in the first quarter of 2015, nudging aside Xiaomi, which had a 13.7% market share, according to the most recent survey by IDC released in May.

IDC said Xiaomi succumbed to strong competition from other vendors in the low to mid-range segment of the market while Huawei maintained its rank as No. 3 thanks to strong sales of its mid-range products. Indeed, vendor rankings can change rapidly in China. A year ago, Samsung was leading the pack. Then Xiaomi took the lead. In the first quarter, Apple was tops. “There’s a lot of competition in China and rankings could change very quickly. There is no guarantee that they could stay at number one or even number 2,” says Ma.

In the global market, Xiaomi, with only a 4.4% market share, trailed far behind Samsung, which had a 24.6% market share in the first quarter. Apple had a 18.3% market share, Lenovo had 5.6%, Huawei, 5.2% and LG 4.6%, according to IDC. “It is hard to make a prediction in the IT or electronics sector for the future. Look at what happened to Nokia, which dominated the industry but they are virtually gone now. And we all thought BlackBerry is forever,” Meyer says.

While Xiaomi’s sales strategy might work in other developing markets, the company faces challenges such as patent infringement. “It would be very difficult for Xiaomi to compete or survive in a market like the U.S.,” Ma says. “Even in developing markets like India, they recently had a legal problem when Ericsson sued them.”

“Look at what happened to Nokia, which dominated the industry but they are virtually gone now.” –Marshall Meyer

In December 2014, an Indian court banned Xiaomi from selling or importing phones into the country after telecom equipment maker Ericsson filed a lawsuit alleging that Xiaomi infringed on its patents, according to Reuters. The Delhi High Court later allowed Xiaomi to resume sales, imports, manufacturing and advertisement of its mobile devices, as long as its devices only use Qualcomm chips. Xiaomi also has to pay royalties for every device it imports into India.

“Xiaomi is now allowed to sell in India, but they have to pay 100 rupees per unit. That means they are losing competitiveness against cheap smartphones in India,” says Tomoo Marukawa, a professor at the Institute of Social Sciences at Tokyo University. “If Xiaomi moves into the global market, there will be so many missiles of lawsuits flying at them from all over. They will be sued by so many companies.”

What Xiaomi needs to do is to step up spending on R&D and actually develop new technologies rather than just copying Apple products, analysts say. So far, like many other Chinese companies, it has not been willing to make that leap. “Xiaomi’s smartphones are something like a ‘modoki’ (copy) of an iPhone,” says Ryuji Nakagawa, a professor at Kyoto’s Ritsumeikan University specializing in the Chinese IT industry and economy.

Investing in R&D might well be the only way Xiaomi would have a chance at being the top global smartphone maker, analysts say. “It is so important because they either have to license the patents or they have to file patents of their own that are different enough that they are able to protect themselves when they go overseas,” says Marukawa. Banking on low prices is not enough. “Xiaomi could disappear if some global maker like Samsung or LG launches cheap products to compete with Xiaomi in China. If they wanted to crush Xiaomi, they could do it,” he adds. “We have seen what happened to the former top mobile phone maker Bird, which disappeared when Nokia launched a cheap brand in China.”

That means time is of the essence, Cavender says. “If they can invest in the product design and R&D that they need to be able to do the next generation of cool technology, then they are going to be fine with a strong brand. But if they are not fast enough to do that, it could be real struggle for them,” he says. Xiaomi also needs to conjure up a stronger strategy for its global expansion. “They have to spend a lot more money on marketing and trying to build awareness and interest to be able to succeed in other markets,” Cavender adds. 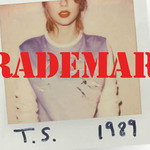 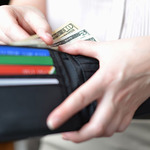 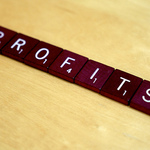