By Wendy Schmid for The Style Glossy

With all the great products on the market, it’s easy to amass quite a beauty stash. When they’re kept too long, however, cosmetics can go from enhancing your clear complexion to compromising it with funky colours and smells -- plus they can spread bacteria.

“Over time, preservatives stop working efficiently and it’s possible for staph, fungus and yeast to contaminate makeup that’s been stored past its prime,” says dermatologist Francesca Fusco. So resolve to keep your get-glam arsenal well-edited and up-to-date this year.

First thing’s first. These are the key items to have in your beauty bag, says Global Creative Design Director Pat McGrath of Procter & Gamble: foundation, concealer, powder, bronzer or blusher, eye shadow, eyeliner, “bold” and “safety” lip colours, and mascara. Now use this cheat sheet to figure out when to throw away different beauty products. Begin the countdown when you first open the product.

Foundation: Six months to 18 months
In a hot, humid climate, liquid or cream foundation can break down in as little as six months. “Ditch foundation if there is separation or if the liquid starts to get grainy or extra-thick,” says celebrity makeup artist Sue Devitt. Stored in a cool place (not under the lights of your medicine cabinet), liquid foundation can stay fresh for as long as a year.

Powder-formula foundations will last an additional six months, as long as you wash the sponge applicator weekly.

Tip: Smell your foundation when you buy it. “If the smell changes at all, throw it away,” advises celebrity makeup artist Joanna Schlip, who has worked with Sandra Bullock and Sarah Jessica Parker. “It’s not worth holding on to the product and risking a breakout.”

Concealer: Six months to one year
Powder and stick concealers last a year, but liquid formulas should be replaced in half that time. Again, watch for shifts in colour, consistency or scent.

Pressed face powder: Up to two years
Moisture or oil from your face can transfer back to the compact as you perfect your complexion, so prolong the life of face powder by cleaning your brush weekly with shampoo or a mild detergent, or replacing sponge or puff applicators when they become soiled from use. While pressed powders can last as long as two years, they should be discarded if a hard film forms on the surface of the powder before then, says Schlip.

Blusher/bronzer: Six months to two years
A powder bronzer or blusher will impart pure, true colour for up to two years. Consider liquid blusher or bronzer to be expired after 12 months. Cream blushers or bronzer often come in a pot or compact that you swipe with your fingers, so be alert to texture changes as soon as six months and discard after a year.

Powder eye shadow: Up to two years
Like face powder, these can be kept for up to two years. Just be sure to practise clean-tool maintenance, says Fusco, so you don’t pick up bacteria from the moist eye area and transfer it back to the shadow pot or compact.

Liquid eyeliner: Three months to one year
If your liner is drying out and you can no longer achieve a flirty cat-eye, you may need to say farewell at the three-month mark. However, liner can safely be used for a full year. “You’ll know it’s still good if it applies smoothly,” Schlip says.

Eye pencils: One to two years
Luckily, your cache of colourful pencils can stick around a while. Most have a wax base, and bacteria can’t grow on wax, notes Devitt. Tip: Sharpen once a week to keep pencils fresh.

Mascara: Three to six months
As soon as the smell is off or the wand is nearly dry when you pull it out, it’s time for the heave-ho. “Mascara is the most likely culprit for breeding bacteria,” says Fusco, “because it’s stroked so close to the mucus membrane under the base of the lashes.”

Lipstick: Up to two years
Those bold reds and deep berries you save for glamour nights will safely last for up to two years, as lipsticks generally contain wax in their base.

Lip gloss: One year
Although, with frequent re-application, you're likely to go through your favourite shades long before then!

Wendy Schmid is a former beauty editor of Vogue. She writes for numerous magazines, including Vogue and Marie Claire. 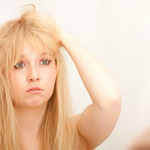 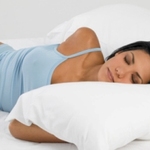 Get Beautiful in Your Sleep 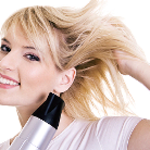 From Damaged Hair to Dazzling Hair