Top 10 Foods to Get You in the Mood

If you’ve ever wondered which foods you should be serving up to make both you and your partner feeling friskier, then you are in luck, our sexperts at Sexgear.co.nz are here to tell you about the top 10 foods to get you in the mood… Plants, spices and foods have been sought throughout history to act as sexual stimulants and increase desire. These foods are known as aphrodisiacs, after the Greek goddess of sensuality and love, Aphrodite.

There are a number of reasons why foods are to be considered as aphrodisiacs. It may simply be down to shape, texture, aroma, nutritional value or chemical content. For example, some foods have the ability to increase blood flow or make our bodies produce more sex hormones that can trigger sexual desire.

Read on for the Sexgear.co.nz top 10…

The secret to asparagus is in more than its shape. The vitamin E in this pencil-sized vegetable helps your body to generate sex hormones such as testosterone, oestrogen and progesterone. These circulate in the bloodstream and stimulate sexual responses like clitoral swelling and vaginal lubrication. In 19th-century France, bridegrooms were even served three courses of Asparagus at their prenuptial dinner due to its apparent aphrodisiacal powers!

Again the aphrodisiacal properties of bananas don’t just come from their suggestive shape! It’s also due to the creamy texture and nutritional content. Bananas are rich in potassium and B vitamins, which are necessary for sex-hormone production.

Sweet basil has been used as an aphrodisiac for centuries. It is one of the many reported aphrodisiacs that promote circulation and it is said that basil stimulates the sex drive and boosts fertility. The scent of basil is also said to drive men wild...

Not only does red wine relax you after a hard day but it also boosts yours and your partner’s libido. It contains resveratrol, an antioxidant that helps boost blood flow and improving circulation - both before and during intercourse. Musky, masculine reds like Merlot or Shiraz are said to be the best because the scent imitates the smell of male pheromones.

Walnuts are packed with omega-3 fatty acids, which keep sex-hormone production at its peak. And they contain arginine, an amino acid that is a key part of the erection process. Arginine has been called nature’s Viagra and in fact the Romans and French used walnuts as aphrodisiacs for centuries!

Ever wondered where the term ‘honeymoon’ came from? In many parts of Europe it was traditional to supply a newly married couple with enough mead (an alcoholic beverage made from honey) for a month, to ensure happiness, fertility and enhanced sex drives! Honey is rich in B vitamins that are needed for testosterone production.

It’s the effect that they have on our bodies that make chilli peppers aphrodisiacs. They contain a chemical called capsaicin that makes them hot and when eaten makes your heart pump faster and your blood vessels dilate – which as you can imagine benefits both the male penis and female clitoris. It also releases endorphins and stimulates nerve endings – which helps you to feel more turned on!

Casanova supposedly consumed 50 of these slippery molluscs each day to keep his libido in top form! And oysters have a few properties that contribute to them being considered an aphrodisiac, not only do they resemble a vagina and have a slightly salty/sweet scent which is similar to a potent female pheromone, but when eaten by the dozen they are also high in zinc which stimulates the formation of testosterone, which in turn is important for stimulating libido in both men and women.

Chocolate has forever been associated with love and romance, it contains phenylethylamine and serotonin, which are both ‘feel good’ chemicals that occur naturally in our bodies. They are normally released by our brains when we are happy or feeling loving or passionate – but who is going to say no to an artificial boost.

So there you have it, Sexgear.co.nz’s top 10 foods to get you in the mood, and best of all they’re all good for you so there’s no need to feel guilty as you feast on your favourites to feel friskier – bon appetite! 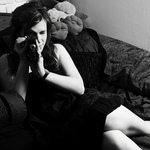 How To Make A Sex Tape 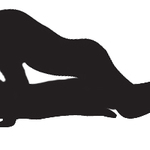