The online survey of more than 1500 people in long term relationships focused on the things people disagree about repeatedly.  “Many of the couples who come to us for counselling are looking for ways to deal with persistent issues, the ones that crop up again and again.”

Four out of ten people disagreed about money and financial security, regardless of income levels.  “While many couples may be coming under financial pressure currently, money is often a bone of contention in good times or bad.  Couples’ differing values and priorities are highlighted when it comes down to how the money is spent,” Ms Smith said.

When asked how they dealt with disagreements, the most common and effective approaches were things like keep talking to partner, apologising, putting the issue in perspective.  “These strategies show the effectiveness of treating each other with respect, even while disagreeing.  These couples are placing more of a priority on how they treat each other than on ‘winning’ the argument.”

“When counsellors hear the phrases ‘nagging’ or ‘not listening’, we know there is a communication issue in the relationship to work on,”  Ms Smith said.

While revenge looks good in the movies, most people know it doesn’t work.  Only 1.7% of people said they did something to get their own back and 79% of them rated it as very ineffective.

We get better at this over time

Parenting is hard on a relationship.  People with children at home were much more likely to have recurring disagreements (86% versus 68% for those without children
living at home).  The common causes of disagreements such as money, housework, work and time pressures were all more frequent for those with children.  In addition, childcare and parenting (35%) and extended family (25%) were common issues that caused disagreements.

“Having children at home intensifies the stresses on parents but it also makes a difference to the way people deal with disagreements.  Parents were more likely to take a team approach such as keep talking with partner and apologising, and were more motivated to make up because more is at stake.”

Disagreements are a normal part of a relationship.  “For a quarter of people, disagreements and how they dealt with them actually had a positive impact on how they felt about the relationship and their partner,” said Ms Smith.  “It is clear that taking time to communicate effectively not only solves disagreements, it can enrich relationships.”

“The reason Relationship Services commissioned this survey was to learn what approaches were most effective, so that we can encourage more people to use them." 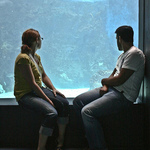 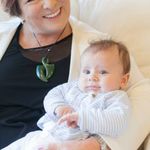 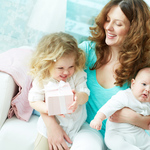