I love to travel. I also love to say yes to random adventures, so when I was presented with an opportunity to go to Malta, I simply couldn’t refuse.

Malta? Why Malta? Where is Malta?

Malta is made up of a tiny group of islands off the coast of Sicily (which is below Italy for those of you who are geographically challenged) the largest three of which; Malta, Gozo and Camino, are populated by a total of around 350 thousand people. Tiny. When I arrived my travel companion and I got horribly lost, managed to drive around the entire island and ended up back at the airport. All in under 40 minutes. I seriously thought he was kidding when he said that we’d just keep driving till we found the airport again, he was not.

The stunning view from a café

Although very European, Malta has a strange and eclectic mix of influences that made it interesting to explore. The architecture (and the food) is a muddle of Sicilian and English with patches of Turkish inspiration. I would recommend sampling the first extensively and avoiding the latter wherever possible. I’m serious. I will forever be haunted by the local delicacy of Rabbit stewed in its own rabbity innards (of which I had a tiny obligatory nibble), a pasta dish which I still cannot discuss and a meal which claimed to be a chicken burger.

Malta’s claims to fame are that it was the home of the Knights of St John (after they got chucked out of Rhodes) and that it has the most number of churches per capita anywhere in the world. 1 for every 1000 people, and they are extraordinary. It’s also a popular location for the film industry, most recently being used in Gladiator and the first season of Game of Thrones.

By far my favorite place in Malta is the city of Mdina which houses St Paul’s cathedral and the cathedral museum. Perched on a cliff overlooking the rest of the island, the church is overwhelmingly beautiful and is so ornate that you simply aren’t able to take it all in. I could have spent a week going there every day just to stare at bits of it and I probably still would have missed something.

St Johns Co Cathedral in Valetta is also a huge tourist destination with its beautiful mosaic floor and impressive art collection. Nothing could have prepared me for coming face to face with Caravaggio’s The Beheading of St John the Baptist. It literally took my breath away. It’s so much larger and more exquisite that I had thought, and I ended up going back just to marvel at it again.

The churches have a quaint way of sneaking up on you. St Agatha’s chapel in Mdina is little more than a hole in the wall but is incredibly well preserved, and St Paul’s Shipwreck in Valetta has an entrance on a tiny side street that looks like you could be walking into a pub but turns out to be a massive cathedral that from the street you would have no idea existed. Malta is also actively Catholic and the danger of exploration is that you could walk in on Mass, which I did on more than one occasion!

If you get bored of all the churches, there is also a huge amount of renaissance art scattered throughout the city of Valletta, the Red Tower, the Grand Palace and Armory (a must if you are interested in the great siege of 1565), the Roman Villa, the Manoel Theatre and the catacombs, all of which I thoroughly enjoyed. Alternatively, you could always go shopping, something which Malta is not short on.

In addition to the stunning variety of historical tourist goodies, I also spent time exploring the night life in St Paul’s Bay. Or rather, we were the night life in St Paul’s Bay. Being winter it was relatively quiet but we still managed to drink far too much, get a bit rowdy and befriend the local tavern owners. Be warned though, alcohol is cheap and in plentiful supply.

A typical street in Malta

While it’s peaceful now, Malta’s population increases in the summer by around a hundred thousand tourists which given the size of the island and its tiny streets must be incredibly crowded. Going in winter had the advantage of relatively mild weather and never having to queue to see anything, but it’s well worth the visit in any season and has more than enough to occupy oneself with. If you do happen to visit, be sure to visit Diana’s Bar in St Paul’s Bay. Ask for a Skittle Bomb and tell them I sent you. 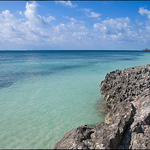 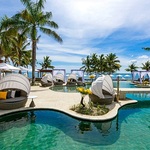