Pen-y-Bryn in Oamaru is owned and magnificently run by the two delightful ‘Jameses’ – James Glucksman and James Boussy . Built in 1889 it is one of Oamaru’s historic and truly beautiful buildings. 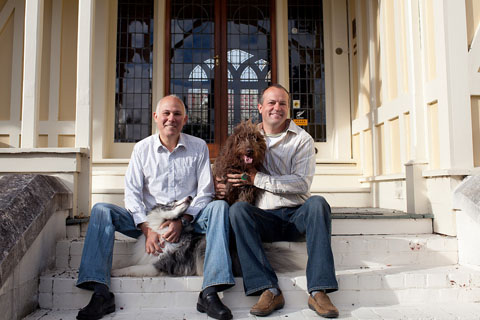 Both Jameses were born in the States and spent many years living in Chinabefore they decided to make Oamaru their home in 2010 and purchased Pen Y Bryn (logical move really…). One of the first things they did on arrival was take down the ‘no visitors’ sign that had hung at the end of the driveway for years. A move that instantly won the hearts of local  Oamaruvians.

The guys have opened up the home for high teas, Christmas lunches and all sorts of other functions and the community is delighted to have access to this high end lodge.

One of the joys of staying in a historic lodge is all the stories that go with it – from the neighbour Robert de Lambertback in the 1930s who was a business rival with thelodge’s secondowner so he built his house alongside to block Pen-y-bryn’sview of the Kakanui Ranges (but don’t worry, he only managed to block the teeniest part of it!) to the curious one-sided door that goes to nowhere.

And yes I asked…..and no it would seem that there are no ghosts.

Our room had what was the probably the comfiest bed of our whole trip and all the room details are in keeping with the era – gorgeous bone china tea cups, yummy organic lavender toiletries and a small cookie jar with home baked cookies (which I ate all four of while the boy was in the shower).

The lodge itself has five rooms meaning there is only ever a maximum of 10 guests sharing this stunning rambling house with you.  We stayed in the Victoria room in the main house. My favourite room was probably the aptly named Nest tucked up under the eaves with a huge sleigh bed and sea views; it is particularly popular with honeymooners.

Glucksman is an Officier Maitre Hotelier in the prestigious Chaine des Rotisseurs, the Paris-based international culinary society. What does that mean? That means absolutely outstanding food for you as a guest.

We started with drinks and canapés in the lounge by the fire place where I was able to admire the Jameses’ gingerbread version of the Christchurch Cathedral. Every year the guys spend over 100 hours making these incredible gingerbread houses for Christmas. Past creations have included a model of Pen-y-bryn itself and a Chinese temple.

The Cathedral version was used as a fundraiser for Christchurch. 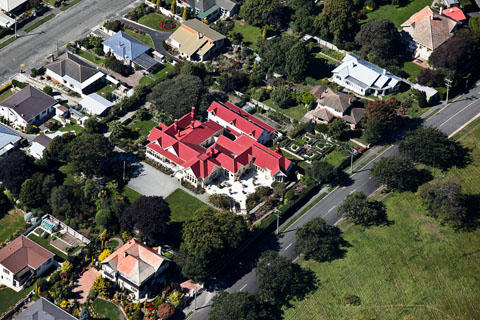 Gingerbread admiration time over we were ready to move into the dining room for dinner. We started with a three-pumpkin soup and garden salad with balsamic vinaigrette. The main was a Sous-Vide poached Salmon (Sous Vide is a French method of cooking in an airtight bag immersed in water – the food is cooked slowly and perfectly evenly!)  with bois boudran sauce.

There were fresh crushed Oamaru potatoes and sugar snap peas from Boussy’s garden with an Alsatian choucroute and Sachertorte, candied walnut and home-made vanilla bourbon ice cream for dessert.

It was interesting to note that at all the lodges we stayed at, we were served something that had been lovingly grown in that lodge’s garden – vegetables, fruit puddings, quinces, jams.

Pen-y-bryn lodge itself is a member of the Slow Food movement, which means that they use local and sustainable ingredients whereever they can. 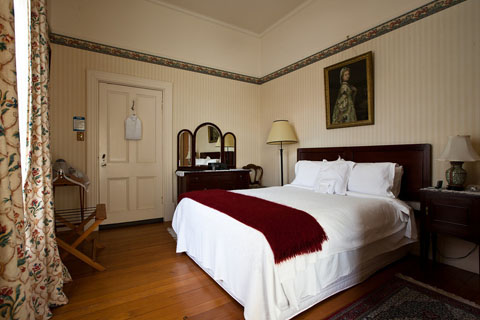 After dinner the Jameses had booked us into the Oamaru Blue Penguin night viewing experience.  Provided with a pair of binoculars by the boys we found ourselves at a distinct advantage when spotting the ‘rafts’ of penguins out at sea coming in to shore for the night.

Once they’re on shore they end up being so close you could reach out and touch them (if only you weren’t being so closely watched by the penguin guardian type people!)

We stayed until I was sure every last little penguin had been swept in from the sea before making a very slow drive  - some of the penguins don’t use the sanctuary and end up crossing the road to get to their nests - back to Pen-y-bryn to collapse into the ‘comfiest bed in the world’.

I awoke the next morning feeling more than a little sad, our lodge journey had come to an end and it was time to head back to reality.

After more than a week of experiencing amazing hospitality, home grown delicious food and meeting some incredible people I had decided that lodge life was definitely something for us. You get so much more from a lodge experience than what you get staying in a hotel.

As we boarded the plane back to Auckland I consoled myself with the fact that there are 26 lodges that are members of Lodges of New Zealand - so plenty more delights to explore within the Kiwi lodge world at a later date! 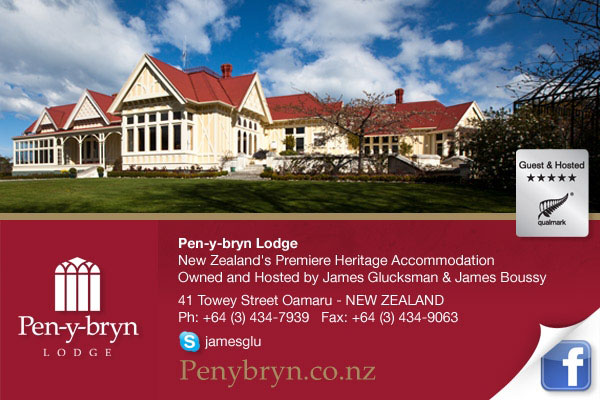 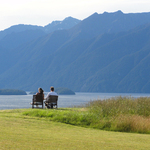 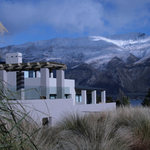 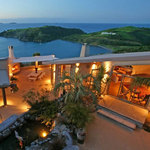