How I Finally Faced My Weight & Debt Problems

There was a time when I was overweight, but didn’t want to admit it to myself. I didn’t feel in control of my health, because I couldn’t quit smoking or eat healthier for longer than a few days, nor exercise regularly. Thinking about my weight made me feel horrible, so I didn’t want to even think about it.

Of course, not thinking about it meant I never did anything about it. Not facing my problems made it worse, which just made me feel worse. It was a downward spiral, and really hard to stop.

I had the same downward spiral when I was in debt (at the same time in my life, about 8 years ago). I couldn’t pay all my bills, so I would stuff them in a drawer so I didn’t have to see them. I had creditors calling me but I didn’t answer their calls (I knew their numbers on the caller ID). I didn’t know how much debt I was in because I never wanted to open the envelopes, much less add it all up on paper. I’d borrow money to pay bills, then owe more. And I’d skip paying lots of bills, and accrue interest.

It wasn’t a smart way to manage my finances, but I couldn’t stand the thought of facing all of it. I felt bad even thinking about my finances, so I’d avoid them, and think about other things. Of course, this led to me seeking distraction in food and entertainment and shopping, which led to worse debt.

Not facing my debt made it worse.

How did I overcome all of this? I’ll share it here, in hopes that it will help others facing the same problem — or not facing it.

It’s also important to note that if you know someone in bad health (or bad financial shape), they are probably also in denial. They don’t want to even talk about it. How do you help them? I’ll share that below too.

How I Finally Faced Things

So how do you face a problem, so you can work on it, when you don’t want to face it?

There has to be a point when you say, “This isn’t good. I need to do something about it.”

In truth, there usually isn’t just one point — there are many. It’s a building problem, where you get many data points over time — you see yourself in a picture and don’t like how heavy you look, you get a comment from someone that’s less than flattering, your pants don’t fit anymore, you breathe heavy when you try to run for a couple of minutes.

But then there has to be a point where you decide that enough is enough. You start to feel some resolve. You decide you can do something — it’s not insurmountable.

How exactly I got to that point, I can’t fully remember. But I do know that there were several things that helped me:

I have to admit that it wasn’t as simple as making a decision to change, and then continually making progress with no discouragements. Not at all. I would try to make a change, slip up, feel bad, then start again. And again. And make adjustments each time, learning about myself in the process, and over time getting good at the skill of change.

But the first step — facing the problem — was made possible by inspiration, do-ability, motivation and finally commitment.

How to Get Others to Face Their Problems

I firmly believe that you can’t force anyone to change. You can only inspire them to change, if you’re lucky. That’s not an easy task.

If you have a friend or family member who is struggling with health issues, or financial problems, or something similar where they don’t want to face the problem … it’s tough. They probably don’t want to hear it from you.

However, that’s not to say you should throw your hands up and forget about it. You can still help. Just don’t try to force it.

Here’s what I would suggest:

Despite your best efforts, this might not work. You can’t force change on someone. They have to want it themselves. And if they don’t, you can make them want it. In that case, you’ll have to back off, though showing concern and wanting to help is always something you can do.

Change is possible. Facing problems is totally possible. You just might need a little inspiration to do it. 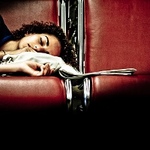 The Incredible Importance of Sleep for Habits & Motivation 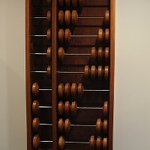 The Necessary Art of Subtraction 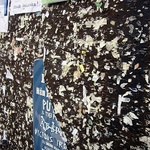