And a good amount of stress can come about from all of those decisions, because many times we don’t have the information we need to make a good decision.

How can we make a choice when we don’t know the outcome of each choice?

If the choices had clear outcomes, we could just weigh them and decide. But most of the time, the outcomes aren’t clear. So how do we decide?

Most of the time, people don’t decide. They put off deciding, which is why inboxes are full and clutter piles up and life choices are postponed and stress grows.

But here’s a simple method that works for me:

See decisions not as final choices, but experiments.

With an experiment, you run a test, and see what the results are. If you don’t get good results, you can try another option, and run another test. Then you can see what the outcomes of the choices are (the info you didn’t have when first thinking about the decision), and can make a better-informed decision now.

A bigger-picture perspective helps here. Experiments might take months, or a year. That’s a tiny amount of time in the space of a lifetime, and those bigger experiments are worth learning about.

The Habits of Entrepreneurs

Speaking of experiments — I wanted to let you know about a new project I’m excited to share with you soon. It’s a new video interview series called The Habits of Entrepreneurs.

It’ll be me doing in-person video interviews with fascinating entrepreneurs doing interesting things, about their habits and how they form them.

The lineup of interviews is fantastic, and so far includes:

We’re finishing up the editing with the first few videos, and will share them soon! There will be a free short version of each interview, and $2 for the full interview (also a subscription rate at a discount). I can hardly wait. 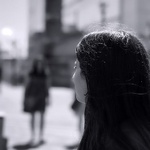 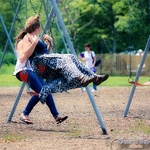 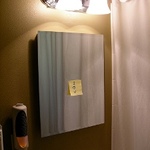