A range of fundraising activities are happening around the country to help raise awareness of gynae cancers. The NZGCF is supporting and encouraging people to host their own ‘Morning (or afternoon) Teal’ at work or home.

The NZGCF’s annual gala dinner ‘Getting Glamorous for Gynae’ will be attended by the Prime Minister John Key in Auckland on 17 September and hosted by veteran broadcaster and NZGCF Ambassador Peter Williams.

NZGCF general manager Bridgette Jackson is urging women to take charge of their health by listening to their body, learn more about the gynae cancers and understand the signs and symptoms.

“There are five different types of gynaecological cancers and only cervical cancer is detected through the national cervical screening programme. Many women wrongly believe that a cervical smear will detect ‘all’ forms of gynae cancer,” she says.

“However we are encouraged by the success of the national cervical screening programme. Since its introduction the incidence of cervical cancer has decreased and survival rates have increased dramatically thanks to early detection and treatment,” Bridgette Jackson says.

Dr Ai Ling Tan, Gynaecological Oncologist and NZGCF Trustee says, “Lifestyle choices such as diet and exercise can have a significant role in the prevention of cancer. It’s important to learn what types of cancers there are and also know their signs and symptoms so you can be proactive about your health,” she says.

“Regular screening and self-examinations can result in the detection of certain types of gynaecological cancer in their earlier stages, increasing the likelihood of successful treatment and the possibility for a complete cure,” she says.

“Although many of the symptoms associated with gynaecological cancers may seem common and often are due to other causes, it is important to be in tune with your body and pay attention to any changes. If you notice new symptoms that are occurring almost daily for more than a few weeks you should seek medical attention promptly,” Dr Tan says.

“It is important to also be aware of your family’s history to help determine if you have a genetic predisposition to some forms of gynaecological cancer. This knowledge means you can take steps to prevent the cancer, or be more aware of symptoms leading to an early diagnosis,” she says.

NZGCF Ambassadors Peter Williams, businesswoman Sharon Hunter and ex-olympic rower Fiona Patterson are passionate about increasing awareness of gynae cancer signs and symptoms within our communities. Peter’s first wife and Sharon’s mother each died from ovarian cancer and Fiona Paterson is a cervical cancer survivor. They know that early detection is critical in saving lives. 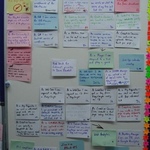 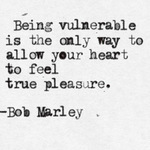 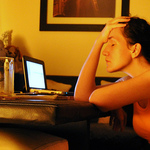