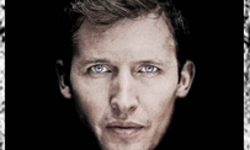 James Blunt released his fourth studio album MOON LANDING on October 18. The album is produced by Tom Rothrock (Beck, Moby, Foo Fighters), who worked with James on his multi-platinum selling debut BACK TO BEDLAM , with additional production from Martin Terefe (KT Tunstall, Martha Wainwright, Jason Mraz). Of the new album, James comments: “This is a much more personal album, and also quite back to basics. It’s about me and Tom, the producer, finding where the story all started and where we are now”.  www.warnermusic.co.nz/james-blunt Chelsey is... read full article