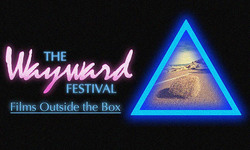 There has been no better time to be a filmmaker than today. Technology has played a major role in this new dynamic. More people than ever before now have the means to not only make a film, but to also see it find an audience. A person with a smartphone has better equipment than what was used to make some of the most iconic indie films of the last couple of decades. Beyond that, there are also more media outlets than ever before. That same smartphone used to make the film can also upload it to YouTube or Vimeo where it can be viewed anywhere in the world. Unfortunately, this has also created a glut of bad films either made by people who lack the passion of a... read full article