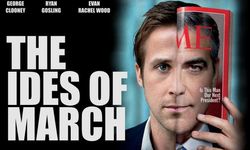 The Ides of March represents George Clooney’s entry in the 2011 Oscar race. For his third directorial outing, Clooney has adapted Beau Willimon’s play Farragut North, recruiting frequent collaborator Grant Heslov and even Willimon himself to help construct this somewhat derivative examination of the today’s political zeitgeist. An old-fashioned type of thriller, The Ides of March ostensibly appears to be just another flick about innocence lost in the tumultuous world of politics, but at its heart this is a multilayered exploration of honour and integrity in the face of a career which demands dishonesty. Such... read full article