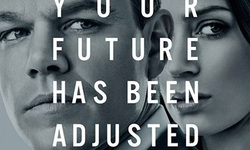 The Adjustment Bureau is something rare: an enthralling, literate science fiction flick imbued with existential density, thematic texture, humanity and emotional warmth. In a sense, it is the motion picture that Christopher Nolan’s over-celebrated, emotionally barren Inception should have been. Admittedly, there is a mainstream-friendly vibe pervading the final third of this picture, and a few clichés are inescapable, yet the movie succeeds due to the fact that the audience can easily become invested in the characters’ fates. And, most importantly for a sci-fi thriller, The Adjustment Bureau poses... read full article