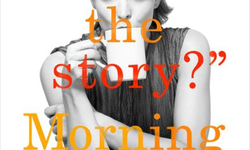 The stereotypical Hollywood comedy formula receives a bad wrap on a frequent basis, but this is only because the formula is too often implemented poorly. However, there are exceptions. If a film sticks to the status quo and does it right - hitting the expected story beats with wit and grace - the result can be as thrilling as a wholly original motion picture. Fortunately, 2010’s Morning Glory is one of these rare occurrences. Written by Aline Brosh McKenna (27 Dresses, The Devil Wears Prada) and directed by Roger Michell (Notting Hill), this is a fast, smart, clever, frequently laugh-out-loud funny film. It’s also fascinating... read full article