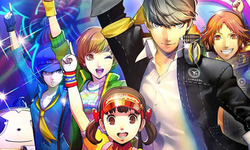 I’m honestly surprised that it’s taken this long to get a Persona-themed rhythm game. Given the series’ track record for excellent, pop-infused soundtracks, the growing popularity of music games and idol simulators (especially in Japan), and the fact that Persona 4 has had a pop star as one of its main characters since it first came out in 2008, a Persona music game seemed natural. Instead, the seven years since Persona 4’s release have given us a remake, two fighting games, and most surprisingly, a crossover with Etrian Odyssey. To be fair, all of these games are excellent, but none of them is the rhythm game that Persona so... read full article