Who will be the New Zealander of the Year 2012?

Nominations are currently being sought from around the country for the Kiwibank New Zealander of the Year 2012, a prestigious Award recognising an inspirational Kiwi. The New Zealander of the Year Award is open to all citizens over the age of 15 and the recipient will be selected for his or her major contribution to our nation. They will have demonstrated an unrivalled ability to inspire us all through their recent achievements and their outstanding service to New Zealand.

Sir Paul Callaghan of Wellington says "Being made Kiwibank New Zealander of the Year in 2011 has been an extraordinary experience, both in terms of the recognition that the award has represented and in the degree of interest, from a wide cross section of New Zealand. The award projects the recipient into a leadership role on the national stage to a degree that I had not anticipated but that I have found both challenging and immensely rewarding." The Awards Office is currently receiving a wide variety of nominations from throughout New Zealand.

Awards Manager, Emma Mcdonald says “Whilst some of the nominations received so far are for very high profile people and inspirational leaders, we are also looking for those people who make extraordinary contributions to the nation every day, who may not necessarily be well known. The person may have succeeded in business, be an entrepreneur, a successful researcher, an inventor or from the medical or agricultural fields. They may be active in philanthropy, charity and community work.”

The winner of the Kiwibank New Zealander of the Year will be awarded their trophyand $5,000 prize money at a gala Awards presentation dinner in Auckland on February 16th 2012. All nominees will receive a certificate of achievement in recognition of their contribution.

Nominations close on Friday 14th October and nomination forms are available from Kiwibank, Countdown Supermarkets, and Mitre 10 branches or by free phone 0508 692 927.

You can also nominate online at www.nzawards.org.nz or text ‘nominate’ to 244 for more information. 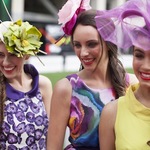 Live it up at the Twilight Races! 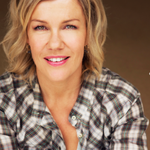 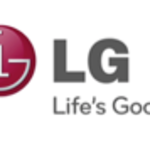