The line-up of films has been announced for this year’s Wattie’s Cans Film Festival, and includes some of the most popular films of 2012.

On Wednesday 7 November, Kiwis around the country can swap a can of food for a movie ticket and see popular new releases including The Avengers, Brave, Hotel Transylvania, Ice Age: Continental Drift, The Amazing Spider-man, The Lorax, and Diary of a Wimpy Kid: Dog Days.

The Festival, now in its 19th year, provides essential support for The Salvation Army, stocking up its food banks to help those in need around New Zealand.

From 29 October, New Zealanders can head to their local participating movie theatre and start swapping their cans of food for movie tickets ahead of the event on 7 November. Wattie’s then matches each can donation with a can of its own.  Moviegoers need to get in early, as tickets often sell out in advance.

This year’s blockbuster film line-up has something for everyone, so families with young children, as well as groups of friends looking for a fun and affordable night out can enjoy the Festival.

“Without the help of the Wattie’s Cans Film Festival, we would struggle to keep up with the need for food parcels at Christmas,” says Salvation Army Secretary for Social Services Major Pam Waugh.  “What better way to help out? For the price of a can of food people can see a movie and feel good about it.”

With the cost of living reaching new heights, the need to help The Salvation Army lend a hand to our fellow New Zealanders only grows. Between the 1st of April 2011 and the 31st of March 2012, the Army distributed nearly 60,000 food parcels to families and individuals. With tens of thousands of New Zealanders struggling during the Christmas season, The Salvation Army helps out with budgeting advice, food parcels and life skills programmes to bring a brighter Christmas to families in need.

Once again, Hoyts Cinemas, EVENT Cinemas, and Reading Cinemas are generously offering their theatres for the night, along with independent cinemas, at approximately 40 locations across the country. 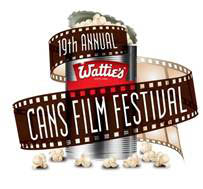 A list of participating cinemas will be announced soon, so keep checking at www.watties.co.nz, or join us on Facebook, www.facebook.com/wattiescansfilmfestival to find out what will be playing at your local theatre. 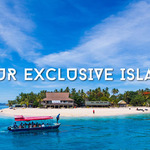 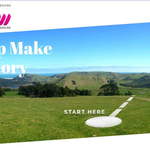 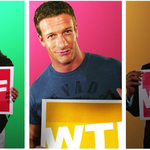