Victoria Park, Auckland is set to become New Zealand’s ultimate party as the Taste of New Zealand festival of food, wine and entertainment comes to town.  Coinciding with the final week of the 2011 Rugby World Cup, 19th – 22nd October, the four day festival will play host to around 25,000 local and international visitors hungry for the very best in cuisine and entertainment that New Zealand has to offer.

Ben Bayly, Head Chef of the 2010 Metro Audi Supreme Award winning restaurant The Grove has put his hand up to be part of the festival.  “New Zealand has restaurants that are as good as any in the world, but that is only half the story; we have the most phenomenal produce from land and sea and pasture to make our dishes world class,” says Bayly.  “Taste of New Zealand is not only a fantastic opportunity to showcase our best restaurants and best dishes to visitors from around the world, but also to introduce them to what we do best.”

And with the nation’s leading chefs and restaurants, a stellar line up of top music acts and around 120 food and drink companies on show, the green expanse of Victoria Park will be transformed into an arena of culinary delights.

“Singapore Airlines is delighted to be the lead sponsor for Taste for the third year running, because like all participating chefs and restaurants we are committed to promoting the finest dining and wine that New Zealand producers can offer to our customers – the only difference is our service happens in the air,” said James Lim, General Manger, Singapore Airlines New Zealand.  “We understand the drive for excellence in food, beverages and service, because we share it."

Early bird tickets for the festival go on-sale to the public, Monday 27th June, from Ticketek and are sure to be snapped up, particularly the VIP evening session on the 19th October, when celebrities and stars from around the country will be entertained by a top New Zealand performer to be announced in the coming weeks.

Festival organiser Rob Eliott said that Taste of New Zealand has an expectation to deliver the greatest celebration of New Zealand food, wine and entertainment ever seen in New Zealand.

“Taking place in the four days prior to the sporting event final, Taste of New Zealand will absolutely be the biggest party in Auckland outside of the tournament.  With all the international guests and media in town that week, Taste of New Zealand is certain to be a magnet for anyone in town not just looking for a sophisticated culinary experience, but a fantastic night out!” says Eliott.

The challenge of providing dishes for around 25,000 guests over four days is not for the faint hearted.  Participating restaurants have their work cut out for them, across the four days of the festival, they are charged with the preparation and delivery of up to 5,000 Tapas-style dishes each.  Taste of New Zealand is a huge undertaking with the infrastructure of the event itself taking five full days to turn Victoria Park from cricket pitch into a vibrant entertainment hub.  Up to four kilometres of cabling will provide lighting and power for stage and bar areas, 20 portable cool rooms, dozens of cook tops and over 100 appliances will be bought in to create workable kitchen spaces for the 40 marquees.

“We have learned a great deal in staging the two previous Auckland Taste Festivals, but this year we are pulling out all the stops – Taste of New Zealand really is going to be spectacular,” says Eliott. 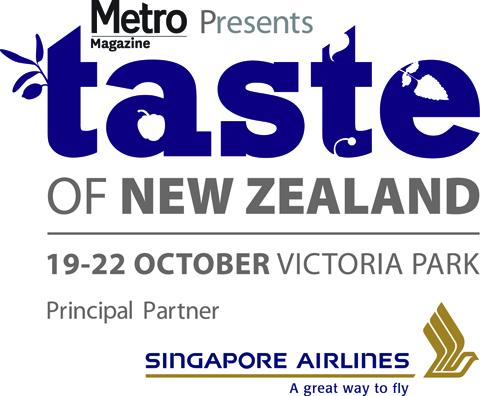 Early bird tickets for Taste of New Zealand are available to purchase from Monday June 27th from Ticketek or www.tastefestivals.co.nz.

For further information on tickets, corporate hospitality packages and to sign up for announcements head to www.tastefestivals.co.nz 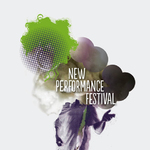 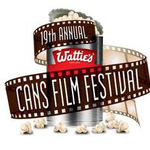 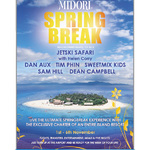