Since 2006 The New Zealand Beer Festival has showcased the best Craft Beer in the world to tens of thousands of festival goers. Both the event and the industry as a whole have enjoyed increasing public curiosity, and the thirst for something a bit different.

Each year the uniquely Kiwi mix of beer, food, music and summer creates an unforgettable atmosphere for good times with great mates. This time things are a bit special and the boys behind the festival have clearly decided to take things up a notch.

In 2012 the Festival moves to The Cloud on Auckland’s waterfront with over 70 beers to choose from, great food to match and an epic music lineup with classic Kiwi band The Feelers leading the charge.

The auspicious date has been set, Saturday the 31st of March is two weeks after St Patricks Day, the last evening of Daylight Savings and the day before April Fools! With Summer coming late this year the Festival is set to be the summer wrap party!

Preparation is well underway to turn the Cloud into Beer Heaven.

The New Zealand Beer Festival returns to Auckland, now in its sixth year the Festival has gone from strength to strength. Each year the uniquely Kiwi mix of Beer, Food, Music and Summer creates an unforgettable atmosphere for Good Times with Great Mates.

Over 70 beers from more than 20 breweries will be represented at the festival, featuring a wide range of New Zealand beers, with a few notable overseas visitors.
http://www.beerfestival.co.nz/drink

We’ve got an eclectic line-up of great summer sounds, with the iconic band The Feelers headlining.
http://www.beerfestival.co.nz/listen

The Cloud on Auckland’s waterfront plays host to this premium summer event with a tremendous festival atmosphere.

On sale NOW - Due to the phenomenal amount of interest surrounding this event and the high profile acts performing we suggest you book your tickets as soon as possible to avoid disappointment! 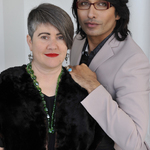 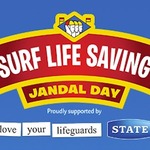 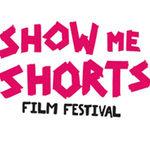