Auto Trader is the premier motoring website for buying and selling new and used cars, bikes, vans, trucks and caravans with over 50,000 vehicles online, complete with the best News & Reviews - it's your one stop shop - check it out.

One of the perks of having a mag like Chelsey means that we get to try out lovely new things, so when the Volkswagen team offered me an Eos for the week I considered it my editorial duty to take them up on it – and I felt every inch the glam magazine editor (which is so often so far from the truth around here) as I whizzed around town in my sexy convertible.

Now, I’ve always loved the idea of a convertible, what I haven’t loved is the idea of struggling with the roof, clips, hinges and so on that goes with it or the leaky canvas roof mid-winter.

That’s why the revised Eos is every girls dream car. Sleek coupe cabriolet with a hard shell roof that literally at the push of a button turns itself into the afore-mentioned sexy convertible. It is very ‘transformers’  like (robots in disguise…) as it the roof lifts off, boot opens out and the whole thing tucks itself away very neatly.  Plus there is no chance of ever messing it up as the car is smart enough to know if it doesn’t have enough room to pull its impressive robotic manoeuvres.

So, I had a fab week of scooting round town, turning up to meetings looking the part. But perhaps it’s time I handed it over to the experts to tell you about the nuts and bolts of the car and what really makes it so stand out.

Volkswagen Eos gets a makeover

A revised Volkswagen Eos coupe cabriolet has gone on display at the LA Auto Show, with a host of technical and visual changes.

The new Eos will be available with a range of efficient petrol and diesel engines. These include a 1.4-litre TSI, a 2.0-litre TSI unit as well as a refined 2.0-litre TDI engine. BlueMotion Technology variants will also be available featuring Stop/Start and battery regeneration systems. 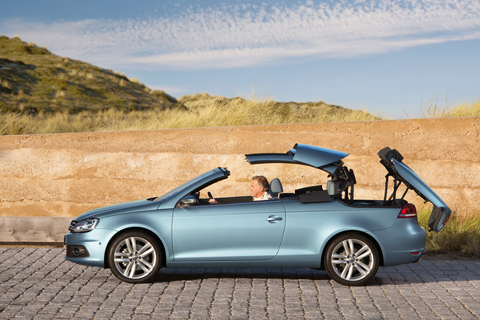 As with earlier models, the Eos features a five-piece folding roof with an integrated tilt sliding glass sunroof. To go from a closed coupé to an open cabriolet – which can now happen remotely via the key fob if the car is specified with Keyless Entry – takes 25 seconds, while the boot capacity ranges from 205 litres when the roof is down up to 380 litres with the roof closed.

Park Assist will also be available for the first time on the Eos. 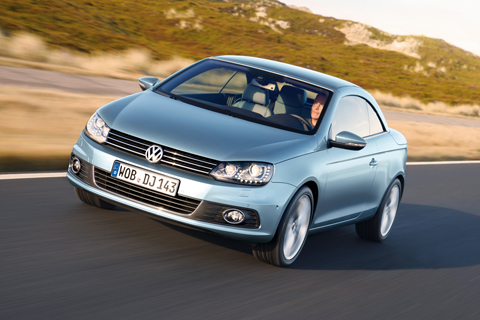 A revised design brings the Eos into line with the latest iteration of Volkswagen’s design language as seen applied to the new Polo, Passat and Sharan. Highlights include a prominent new grille complete with chrome highlights, plus a set of new headlight units with the option of integrated LED daytime running lights. A modified front bumper with new airdams and fog lights work with the reprofiled bonnet. At the back of the car a set of new tail lights. 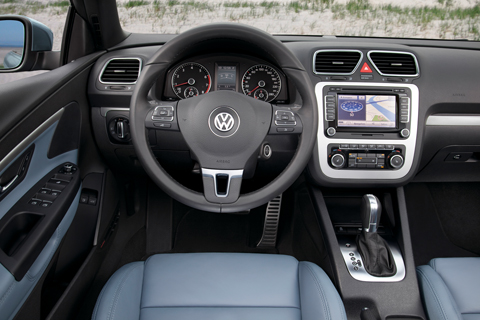 Another highlight is the so-called ‘cool leather’ as an upholstery option which, reportedly reflects the sun’s rays to prevent it heating up as conventional leather would. 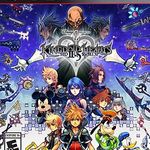 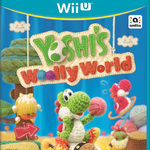 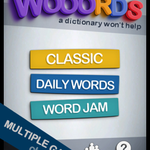