The fans have been howling for this one, and lo, their prayers have been answered: the deranged chaos of The Sims has been picked up and plonked down in the middle of Ye Olde Sunset Valley. Verily, The Sims Medieval is upon us, a game where the toilets have been replaced with chamber pots, and friends keep in touch via messenger pigeon. But before you get too excited about creating your own Camelot (or Hogwarts), or even just brave, brave Sir Robin, Sim-style, be aware this is a quite different game from the open sandbox play of The Sims 3.

For starters, the first thing you’ll do, in your role as The Watcher (yep, you’re a god that the sims pray to!), is to choose an overall ambition for your kingdom. This could be anything from the initial tutorial ambition of creating a certain number of buildings, to more subtle goals of allying with, and annexing, neighbouring lands. So while the bulk of the gameplay still involves individual sims, the overall strategy to guide you is decided at this higher kingdom level.

A bit like the sims themselves, kingdoms have a few status bars associated with them, for qualities such as the kingdom’s overall wellbeing, security, or culture. Completing quests and adding certain types of buildings to your kingdom affects these qualities - for example, building a barracks increases your kingdom’s security, while a clinic naturally helps increase the well-being of your denizens.

Once the kingdom’s ambition has been chosen, the first point of business is to appoint a monarch. You can select a pre-made hero (they’re called heroes rather than sims in TSM, to differentiate these characters from the regular villagers), but of course the real fun is to create one from scratch. The Sims Medieval’s create-a-sim is very similar to that in The Sims 3, with a few exceptions. Clothing styles available are based on the hero’s role (you don’t get the options for bard clothing, when you are bedecking your monarch, for example), and in terms of personality, you are limited to three traits - well, two traits, which can be positive or negative, and one “fatal flaw”. The traits and flaws are appropriate to the period; for example you could have a chivalrous, adventurous king, whose fatal flaw is an addiction to drinking. If your king then doesn’t get his daily sup of grog, a negative moodlet affects his focus bar. (You could also have a greedy, foolish king whose fatal trait is that his parents were swallowed by a whale, which would make for some interesting conversation options with foreign dignitaries.)

As the number of traits have been reduced, so have the status bars for your sims. In The Sims Medieval, the only bars you’ll care about are hunger and energy. While toilets, baths, friendships and entertainment are still to be had in plenty in the game, these serve to only affect a sim’s mood via positive or negative moodlets. Some players may find this a welcome relief, while others no doubt will find it odd to not avidly follow their hero’s bathroom habits.

Instead of the mood bar in The Sims 3, TSM’s heroes have a focus bar, which determines in part how successful they will be at performing particular tasks. Keeping this bar at maximum makes things a lot easier for your hero to complete their daily responsibilities (tasks they must complete during the day; these replace the wishes of TS3) and quests. If your hero wakes up on the wrong side of the bed, catches a cold, or is feeling particularly disgruntled at having their parents swallowed by a whale, you’ll have to take care to give them a few extra buffs to counteract these negatives. Listening to music, having a bath, or praying (for religious heroes) can give a boost to their focus.

Last of all, the way you play as a character has changed in The Sims Medieval. No longer do you just pick a character and follow them around; instead you choose a quest (at the kingdom level) first, and then decide which hero or heroes will complete the quest. Depending on which combinations you choose, the approach to the quest will change. A knight might choose to solve a problem with force, while the doctor or cleric might choose to use more peaceful methods, and the bard might choose to charm his or her way through the problem.

There are a good number of quests (randomly chosen from a list of around a hundred, apparently), and it appears that new ones are going to be released with patches, and perhaps any future expansion packs. That said, once you have completed your kingdom’s goal, your options become a little more limited. You can choose to play the game in sandbox mode, or start a new kingdom with one of your existing heroes at the helm. Otherwise you simply start a new kingdom completely fresh. In any case, once you reach this point your heroes no longer gain experience and level when they complete quests (there are ten levels for each hero). And starting a kingdom anew means, basically, starting all over again. While there’s a certain drive to unlock all of the different kingdom ambitions (at first only the tutorial ambition is unlocked), reaching the end of your kingdom ambition can feel like a bit of an anti-climax.

There are a few other areas that also feel a bit disappointing, despite all the cool new things in the game. Only being able to control heroes makes for awkward situations if one of your heroes gets married and has a kid. Once married, my queen’s spouse and child would just wander off and hang out in different parts of the city. Her husband didn’t even seem to spend the night at the castle, which I found quite puzzling. Childbirth was also a mystery - within a day of being impregnated, the queen had given birth, and the day after that the baby had aged into a child. Children (and for that matter, spouses) don’t seem to have much relevance in the game, really - for the focus is on the kingdom’s overarching ambition, rather than those of the individual - and seem to be only good for running off to the neighbouring village for shopping trips. And because the game effectively stops once you’ve achieved your kingdom goals, you aren’t able to play through subsequent generations of a kingdom (something I’d love to be able to do).

While redecorating interiors is still an option for players, build mode is most definitely out, which means when you build a tavern in your kingdom, it will always be the same tavern. The clinic is always the same clinic. The wizard’s tower is the same wizard’s tower. Of course you can redecorate these, but in many ways I wondered what the point of that was, considering how I would have to create a new kingdom again once I’d finished with my current one. And viewing the inside of these main buildings is an oddity as well; when your hero is wandering around the kingdom, you have full 360 degree view, but as soon as they go inside a building, the camera snaps to a rigid ‘dollhouse’ view, with only a small amount of rotation available. So - no custom kingdom building available. It seems an odd choice, considering how much customisation is available to players in TS3.

But the above changes by no means take away the bulk of the fun of playing The Sims Medieval. There are loads of different hero types to play, all with their different skills and abilities, and home buildings. I think the bard hero is my favourite - they gather inspiration in different places, which they then use to write poems and plays. These can then be performed in the tavern, and around the kingdom, for money and experience. Villagers (and other heroes) can also request the bard to play them a song, for a coin, and I confess, the dancing style of these medieval sims still has me grinning whenever I see it. (The music for this game, by the way is fantastic - totally in theme, and yet with a lot of variation.) Spies rob and intimidate, Doctors perform operations on scary-looking contraptions, Preachers try to convert sims to their religion and evangelise, Knights are always challenging others to duels, and Merchants buy and sell (and trade with foreign lands) and flatter and cajole to hawk these goods to other sims.

As you can see, there have been some really big gameplay changes in the creation of The Sims Medieval. As a long-time Sims player, some of these are difficult to digest initially, and it has taken a while to get used to the changed focus of the gameplay. Some others have compared The Sims Medieval to some of the Sims Stories titles that were released a few years ago; in some ways this comparison is appropriate - the quests are quite linear - but with the overall kingdom ambition driving the player’s strategy, and the different ways of completing quests with different hero sims, there’s still a reasonable amount of replay value to the game, albeit not to the same degree as The Sims 3.

What I enjoyed most of all, however, was the general medieval setting for the game. There have been a lot of really cute changes to the core Sims skin/engine. For example, heroes can cook at a cauldron hanging over the fire. Instead of the bland Autumn Salad of TS3, TSM characters get the equally bland gruel option. Conversation options have been changed, to fit the period, and so when wooing another sim, your hero can extoll their virtues or bestow favours. Instead of dating, they court.

As a result, a lot of the enjoyment you’ll get from The Sims Medieval is not in completing quests as quickly as you can, but in taking a bit of time to just wander around the kingdom, interacting with different characters and throwing a tomato or two at the sim stuck in the stocks. I can’t help but think the inclusion of wishes would add a bit more levity to the game, rather than the hero’s daily duties (which feel more like chores than any sort of quirky personality-based desires), but I certainly have to admire the risk that’s been taken in creating a title that’s different to anything that has come before it. As a result, The Sims Medieval is a very interesting game. Charming yet at times frustrating, but a lot of good fun. 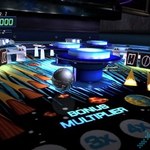 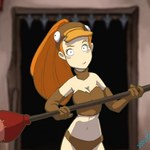