Ratchet & Clank was first released for the Playstation 2 in 2002. That I first stepped into the shoes of Insomniac’s wide eyed Lombax fourteen years ago took me aback as I geared up to play this reimagining of a game I adore. With such fond memories still so vivid in my mind after such a long time, 2016’s Ratchet & Clank had a lot to live up to.

For the most part, this game is a retelling of Ratchet and Clank’s origin story. For the unfamiliar, Ratchet, a mechanic with dreams of heroism, meets a pursued robot named Clank who is in possession of details of the evil Chairman Drek’s villainous plan. Together they set off on an interplanetary adventure along with Ratchet’s idol, Captain Qwark, in a bid to save the galaxy.

Rather brilliantly, Captain Qwark himself narrates the adventure from a prison cell, delivering regular laughs to a story overflowing with hilarity. There are also some new additions to the cast with Grim serving as a father figure and mentor to Ratchet, as well as Cora, Brax, and Elaria, members of Qwark’s Galactic Rangers. Ultimately, none of these characters impact the story in any meaningful way, but having some new and friendly faces is welcome.

But there are also a few detrimental changes to the story and characters. First and foremost is the dull reimagining of Chairman Drek who, instead of the brilliantly absurd and unapologetically ruthless villain he was in 2002, is reduced to a boring, slimy businessman. Never once does he refer to himself as Supreme Executive Chairman Drek, which is unfortunately symbolic of how his character has diminished. There are also some significant changes to the ending of the story that unfortunately prove rather frustrating for how sudden they appear and radically shift how the plot resolves.

Thankfully the game plays superbly to alleviate these slight frustrations. Ratchet’s controls are responsive and smooth, making it as joyful as ever to leap between platforms or bounce about the screen and blast enemies. The arsenal this time is pulled from the series’ history. While there aren’t as many new weapons as I would have liked, the Pixelizer quickly became a classic as it reduced enemies (including bosses) to impressive 8-bit sprites. This is every bit the action platformer fans deserve, with gameplay and weapons that celebrate the series’ rich history with flair.

Weapon upgrades are handled in two ways in Ratchet & Clank. Each weapon has five levels (with another five added in challenge mode) that are gained by regular use to increase power. Raritanium is also used to unlock mods for each weapon. Bonuses granted include increased range, shorter recharge times and faster fire rates, alongside passive bonuses that increase the amount of bolts or raritanium earned when beating enemies. There is a gripping sense of momentum tied to levelling and modding weapons, and I always felt like the game valued my time through the frequency of rewards.

Holocards, a new collectible, are perhaps the best example of this. Each holocard is part of a set of three; completing a set gives a passive bonus to bolts, raritanium, and holocards earned from defeated enemies. Omega weapons are also tied to holocards, with a set for each weapon in the game that, when completed, unlocks a powerful version with more upgrade potential for challenge mode. Any duplicates gathered can also be saved up and traded to unlock new cards, alleviating the frustration of random drops.

Outside of the core gameplay Insomniac have also incorporated a variety of other elements to freshen things up. Similar to recent entries, Clank gets his chance to shine in some solo puzzle levels. These might not be as brain-straining as the time travelling puzzles in A Crack in Time, but they do wonderfully to create challenge through a smart use of space. Dogfight sections make a brief but glorious return, and there is also a jetpack that makes for some amazing boss battles that use verticality wonderfully.

As for the planets you’ll be exploring on your intergalactic adventure, most are a straight adaptation of the first game’s worlds. Needless to say, for anyone who has played the original adventure this kicks nostalgia into overdrive, with familiar layouts (and gold bolt hiding spots) given a fresh lick of paint and some amazing care in even the smallest of details. Insomniac’s work on Gaspar and Pokitaru is especially praiseworthy, but each and every location is as pretty as the last.

There is a breathtaking attention to detail on show here, with the green of clank’s eyes bouncing off reflective surfaces, some truly stunning icebergs and delightful splashes and bubbles when clank is in the water. Simply seeing what Insomniac has done to update the original game’s locations and characters is worth the price of admission alone, with every inch popping with vibrant colours and stunning lighting effects.

Ratchet & Clank is no slouch in the sound department either. Outstanding sound design gives every hit and shot a feeling of true impact, especially the jumping omniwrench slam. Enemies talk amongst themselves, expressing their anxieties at seeing Ratchet wielding certain weapons, while Mr. Zurkon’s alpha-male taunts are simply perfect. The gameplay on offer here is also complemented brilliantly by an upbeat score that accentuates the utter fun that this journey provides in spades.

While I was left a little underwhelmed by certain elements of the story and the diminishing of Chairman Drek, Ratchet & Clank is every inch the game I hoped it would be. That the game is such an audiovisual feast is almost enough on its own to recommend this game to any Playstation 4 owner. Adding action-packed and compelling gameplay systems that reward at every turn simply tips the scale for what is an incredible package. This is a game that transported me back to my childhood and kicked up a storm of nostalgia. It is also proof positive that Insomniac have lost none of their sharpness, even after fourteen years of intergalactic travel. 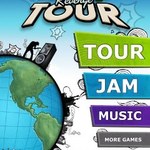 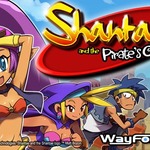 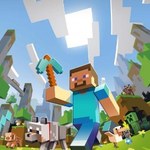