If there was ever a Golden Age of Gaming, it was the early to mid ‘90s. The 16-bit era. A time when the Super Nintendo Entertainment System, scientifically proven* to be the greatest console ever made, reigned supreme. A time before games needed to be "gritty" or "mature," before tacked on multiplayer and force-fed social components. A time when technical limitations meant that developers had to look beyond pure visual fidelity to create immersion, turning to other, more important things like artistic direction, engaging mechanics, and captivating narrative.

The folks at WayForward Technologies know this. While most indie developers with a focus on "retro" games are busy giving writing notes to the 8-bit era that say "do u like me [ ] yes [ ] no [ ] maybe," WayForward are creating mixtapes (inarguably, the highest form courtship) to the Super Nintendo.

This has never been more apparent than with Shantae and the Pirate’s Curse, a game that doesn’t just look, feel, and play like a SNES game, but has the heart and soul of that era’s finest.

In Pirate’s Curse, as in all Shantae games, you play as the eponymous half-genie, tasked with defending Scuttle Town from whatever would harm it. Usually, its the pirate Risky Boots out to cause trouble, but this time around, things are more dire. Not only is the artillery-obsessed Ammo Baron out to take over Sequin Land and turn every building into some form of cannon, but an ancient threat - the Pirate Master - is making a comeback, with the aim of enveloping Sequin Land in darkness. On top of all that, Shantae’s lost her genie powers, forcing her to form an uneasy alliance with her arch-nemesis, Risky, to keep the Ammo Baron and Pirate Master at bay.

It’s formulaic, shallow, and more than a bit ridiculous, but in the best possible way. It doesn’t take itself seriously even for a moment, and instead just takes its over-the-top charm and runs with it. Throw a cast of lovably wacky characters - not least of all Shantae herself, in all her happy-go-lucky, clumsy glory - on top of that, and a story that could have been throwaway turns into something truly memorable. (If you ever played the wonderful SNES platformer Go! Go! Ackman, you’ll have a good idea of the kind of tone you can expect from Pirate’s Curse.)

Shantae may have lost her genie powers, but that doesn’t mean she’s helpless - she can still whip her hair back and forth with the best of them. This hair-whipping is Shantae’s main form of attack throughout the game, but over the course of the game, you’ll get numerous items that expand Shantae’s abilities, both in terms of combat and exploration. In lieu of the genie spells found in previous games, Pirate’s Curse’s upgrades are all lost artifacts that once belonged to Risky Boots.

Things start off fairly straightforward - a pistol gives Shantae a projectile attack that can hit enemies and otherwise inaccessible switches, while a sword gives her a downward attack that can hit enemies below her and shatter certain sections of the ground. After that, things get a bit more quirky - an oversized pirate hat doubles as a parachute, for example, and a cannon (my favourite) lets Shantae double, triple, and even quadruple jump, while dropping cannon balls on anyone unlucky enough to be below her.

...a game that doesn’t just look, feel, and play like a SNES game, but has the heart and soul of that era’s finest.

Pirate’s Curse isn’t a full-blown Metroidvania, with compartmentalised levels that don’t have the same level of intricacy as something like Metroid, but the upgrades create a satisfying sense of progression. Every level has areas that will be inaccessible on the first pass, and going back through them later on with your new arsenal is thoroughly rewarding.

While gameplay and narrative are a more subtle throwback to the ‘90s, WayForward wear their love of the 16-bit era on their sleeve with the presentation of Pirate’s Curse. The game looks just like a game from the end of the Super Nintendo’s life cycle - that means gorgeous, vibrant backdrops, slick animations, and sprites that are incredibly detailed despite their low resolution (by today’s standards, at least). Indeed, this is one the best-looking games I’ve played of late, even though it looks like something that could have come out 20 years ago. 16-bit developers circumvented technical limitations with top-shelf art direction, and even though those limitations have lifted, this same philosophy has gone into Pirate’s Curse.

That said, some things are best left in the past. In an age where auto-saves are the norm, there’s little defence for save points. They’re not exactly infrequent in Pirate’s Curse, but they’re rare enough to be annoying should you die - there’s nothing quite as frustrating as having to repeat a section of the game that you just cleared moments ago, because the section after that decided to throw you around.

This is most glaring in a couple of parts of the game that switch up the usual, enjoyable mechanics for something far more tiresome. There’s a forced stealth section, where a single slip-up will send you right back to the start. Another part of the game forces you to run a gauntlet of obstacles without any means to attack or defend yourself, aside from just avoiding them - and again, a single error spells doom.

One thing that’s more of a WayForward quirk than a ‘90s throwback is a very weird difficulty curve. For the vast majority of the game, difficulty progresses at just the right pace - it’s never too easy, and never too hard. That is, until you get to the last level, when the challenge ramps up suddenly and drastically, and takes a turn towards a frustrating, more trial-and-error approach. I didn’t actually complete the game at all until I’d found all the collectibles and there was literally nothing else to do, because that final level simply didn’t have the same level of fun as the rest of the game.

But, as was the case with so many games from the Golden Era, the pros in Pirate’s Curse far outweigh the cons. If the Super Nintendo has a special place in your heart, like it does in mine, this is a game you’ll want to waste no time in picking up. Even if you’re of the misguided opinion that other generations are better (hint: you’re wrong), if you like platforming, pirates, genies, or just good games in general, Shantae and the Pirate’s Curse is worth your attention.

*Not actually scientifically proven, this is just hyperbole. I’d hope I don’t need to clarify this, but just in case...

Shantae and the Pirate's Curse
On Wii U | 3DS

By: Matthew Codd On: Nintendo 3DS 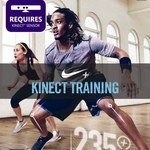 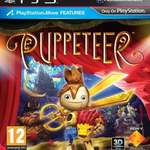 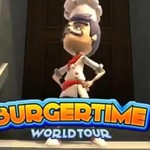