It’d be easy to write off Dragon Quest Builders as a simple Minecraft clone, but that’d miss how much else it brings to the table and how much it builds on the block-building genre. Sure, it has the same basic design as Minecraft, but it’s also undeniably a Dragon Quest game – and that means a silly but poignant story, charming characters, fantastic music, and some of the cutest monsters you’ll see in a game that isn’t called Pokemon. 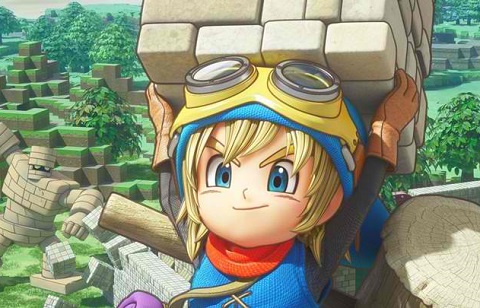 Dragon Quest Builders takes place in Alefgard, the world of the very first Dragon Quest game, but it looks very different to what you might imagine. Set after an alternate ending in which that game’s hero chose to team up with the evil Dragonlord rather than defeating him, leaving Alefgard in ruin. Monsters roam the lands unchecked, and having lost the ability to build, humans are unable to do anything but watch as their cities fall to ruins. Until you come along, that is. As the prophesied “Builder”, you have the ability to take raw materials and make things – tools, weapons, food, buildings; you name it. With this power, you’re able to bring hope back to the land, fend off the darkness, and help the people you meet to discover the magic of building.

Like any other Dragon Quest game, it’s a very simple fantasy framework that allows for plenty of depth in the little moments contained within. Each chapter focuses on a different region of Alefgard with its own characters and own unique environmental concerns. It’s quite endearing to see these different people coming back from the brink of despair in their own unique ways, and there’s plenty of humour laced throughout.

The real strength of this story, though, is the way it injects some much-needed structure into the block-building formula. I’ve always been intrigued by Minecraft, but I could never really get into it because I just don’t have the kind of spatial and engineering creativity that its wide-open sandbox demands. Dragon Quest Builders, on the other hand, uses its story mode to create a quest structure based on short-term goals and narrative progression. There’s still plenty of room for creativity; in fact, the constraints of a given objective prompted me to get creative in ways that the overwhelming openness of Minecraft never could.

There’s also a true sandbox mode in Terra Incognita, which unlocks after completing the first chapter of the story mode. Here you have the freedom to build whatever you like with minimal constraints, but the fact that it’s gated behind at least a little bit of story progression again means there’s at least some source of inspiration. The specific goals of story mode’s quests give you ideas about what to build and how to go about it, and then Terra Incognita gives you the freedom to run wild.

True to its roots, there’s a lot of RPG in Dragon Quest Builders too. In lieu of an experience-based, character-centric levelling system, the focus is on the base you’re building. Experience is accumulated by building things, with more elaborate constructions being more valuable; earn enough and your base levels up, conferring certain bonuses on you and the other people living there, like increased health. I’d have liked to have seen a bit more depth to the benefits gleaned from levelling up – maybe some new abilities or recipes to be earned, or a stat management system of some sort – but the actual process of levelling up is wonderful. It creates an extra incentive to build decorative items and get creative with your designs.

Combat also plays a large role, and not just because monsters are an important source of materials. Quests often involve fending off attacks or fighting your way towards a destination, and each chapter culminates in a rather grandiose boss battle. The actual mechanics of fighting are a very simple hack-and-slash affair – too simplistic, perhaps – but within the greater context of the game, this isn’t really an issue. Of course, you’re not limited to just the weapon in your hand. Being the legendary Builder comes with its perks, like being able to create all manner of traps and mechanisms to aid in the defence of your base and any hunts for rare, powerful monsters.

Being a Dragon Quest game also means that Builders comes with the inimitable character designs of Akira Toriyama and music of Koichi Sugiyama. The world is absolutely beautiful, full of life and colour, and Square Enix have smartly chosen not to mimic Minecraft’s low-fi aesthetic. This obviously goes a long way to making exploring interesting and exciting, but in a game that’s all about building things, it’s nice to have parts that look great in their own right.

Make no mistake: Dragon Quest Builders is a Dragon Quest game first and foremost, and it’s used that series’ strengths to turn the Minecraft formula into something far more captivating. Block building is front and centre, but it’s wrapped in an engrossing story to provide context to your actions, RPG systems for motivation, and a sense of structure that games like this sorely need. Hardcore Minecrafters may find it simplistic, but for everyone else, Dragon Quest Builders is a game that takes building games to new heights. 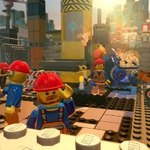 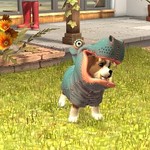 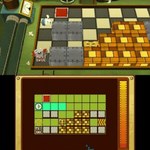 Professor Layton and the Mask of Miracle