A common theme among so much of the coverage of toys-to-life games is that, thanks to having add-ons and collectibles as a core part of their design, they’re just waiting to leech every last drop of blood from your bank account. There’s certainly an element of truth to this, especially if you’re someone like me, and will compulsively collect these sorts of things.

Disney Infinity 3.0 is my first taste of the toys-to-life genre, and while I’ll probably throw a few hundred bucks at the game in the coming months (I have three games’ worth of figures to catch up on!), I’m also not exactly the game’s target audience. For parents of young children, on the other hand, Disney Infinity potentially offers a very economical approach to gaming; a piecemeal platform that spans a whole range of genres and licenses.

The Disney Infinity 3.0 Starter Pack comes with everything you need to, well, get started: the game disc, NFC-enabled Disney Infinity Base, two figures (Ahsoka Tano and Anakin Skywalker, from Star Wars: The Clone Wars), and the Star Wars: Twilight of the Republic Play Set. Even if you don’t dig into the Toy Box mode at all (which is where the true power of Disney Infinity really lies - I’ll get to that shortly), the play set alone is a full, polished game that’s worthy your attention.

Telling a new tale within the timeline of the Star Wars prequel trilogy, Twilight of the Republic follows Ahsoka, Anakin, Obi-Wan Kenobi, and Yoda as they investigate a new threat, and run into old foes. It’s an action-adventure game, with a focus on combat and light platforming elements; it feels a bit like a more light-hearted take on Star Wars: The Force Unleashed. Disney Infinity’s combat as a whole is excellent (Ninja Theory, the folks behind DmC and Enslaved: Odyssey to the West are behind it), and Twilight of the Republic really puts it on show. It’s simple and not particularly deep, but responsive and captivating all the same. There’s plenty to see and do, things to collect, space battles to fight… it really feels like a full-fledged game in its own right.

The Twilight of the Republic Play Set, out now and included with Disney Infinity 3.0 Starter Packs

And that’s why I say that, contrary to a lot of opinions, Disney Infinity is actually great value for money, particularly for parents. Twilight of the Republic is just one Play Set; once you’ve got the Starter Pack, you can shell out around $50 every now and then for another, and get what is essentially a whole new game. The Inside Out playset is a 3D platformer, in the style of games like Spyro the Dragon and Jak & Daxter. Star Wars: Rise Against the Empire is due out next month, bringing the original Star Wars trilogy to the fore. Play Sets from earlier Disney Infinity games also work here, adding even more options.

The thing I find fascinating is that [the Toy Box] basically teaching kids how to code.

Of course, dealing with children who demand every set and every figure, RIGHT NOW, will no doubt be the cause of much grey hair for parents. But at the same time, Disney Infinity essentially lets you buy one game, and then throw money at it every now and then to keep your kids content, instead of buying a whole new game every other month.

The Rise Against the Empire Playset, due out in October 2015

The real draw of Disney Infinity, though, is the Toy Box. Like a real toy box, you can pretty much do whatever you want here; it’s a sandbox where you can build whatever you can imagine, dreaming up scenarios that, for example, see Sabine (from Star Wars Rebels) and Mulan setting about to rid the world of Frozen’s Olaf, who is the worst. You could have Iron Man, Jack Skellington, and Jack Sparrow getting together for a particularly unusual tea party.

The Toy Box is essentially a level editor, but it’s one that is both very accessible and surprisingly deep. You can quickly and painlessly put together a racetrack or a simple platforming level, or even get the game to procedurally generate one for you, and dive in to have fun. On the other side of the spectrum, a range of “Creativi-Toys” give you access to the tools and mechanics to build some rather complex, impressive stuff. Thanks to the very creative Disney Infinity community, I’ve played puzzle games, stealth games, top-down shooters, side-scrolling brawlers, dungeon crawlers, and even a Splatoon knock-off. A couple of my works-in-progress are a dating sim (don’t worry, it’s entirely PG) and a Metroidvania.

In the Toy Box, anything is possible

The thing I find fascinating about these particular toys is the fact that they’re basically teaching kids how to code. Not in a literal sense - you’re not going to see a line of actual code anywhere - but coding logic is at the core of how these Creativi-Toys work. You’re essentially playing around with If statements, and seeing how objects relate and impact on one another. It’s a great way to introduce kids to computer science.

Even if you don’t feel like creating stuff yourself, the Toy Box is a great source of fun. This time around, there’s a Toy Box Hub, which is home to a broad range of pre-designed toy-boxes for you to explore, while Toy Box Game Pieces open up more expansive, professionally designed games. Toy Box Takeover is one such Game Piece, and is a bit like Disney Infinity’s take on Diablo - an isometric dungeon-crawler, albeit with less focus on loot. I haven’t played the Toy Box Speedway, but I do know that it’s a kart game created by the folks behind Sonic All Stars Racing.

On top of that, there’s a whole community creating new stuff every day, and like I said before, they’re making pretty much anything you could want to play. It’s all the freedom of mod-supported PC games, but brought to console in an accessible, kid-friendly way. Even if you only buy the Starter Set and nothing else, the Toy Box opens the door to a whole lot of fun.

The Toy Box Speedway will be available at a later date

With so many figures, Play Sets, Power Discs, and what have you, it’s pretty easy for the overall cost of a game like Disney Infinity 3.0 to stack up. But at the same time, if you’re smart about it (and able to defuse your kids’ desire to buy ‘All The Things’) Disney Infinity offers a much more affordable approach to gaming than just buying new games all the time.

It’s a toy box, and yours to do with as you please. 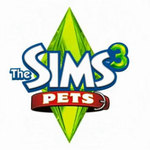 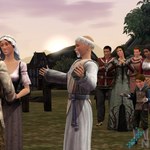 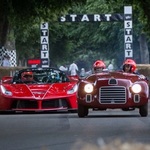