BattleBlock Theater made its debut last year, where it was released on the Xbox Live Marketplace. Finally coming to the PC in 2014, nothing has really been added to the core formula. However, the presentation is still wacky and irreverent; the platforming remains fun, and the level-editor is just as approachable as ever. Combine this with Steam Workshop integration, and you have a cute platformer that will keep you and your friends entertained for quite sometime.

Shipwrecked on an island, you and your geometrically varied friends are imprisoned by a group of adorable feline overlords. Being forced to perform in their theatre, you’ll be platforming your way across eight different ‘acts’, each composed of a couple handful of ‘scenes’, all while a witty narrator comments on your trials and tribulations.

The geometry inside the scenes is built up with cubes, spanning a multitude of properties. Magma cubes act as bounce-pads, ice cubes let you slide around, cloud cubes can be jumped through, and jam cubes allow you to stick to them. All of these work together to create some fairly inventive level design - and later in the game - some truly dastardly traps.

The theatre motif runs even deeper than just splitting zones and levels into ‘acts’ and ‘scenes’. Throughout each stage you’ll see the silhouette of the crowd watching your every move, clapping and cheering whenever you pick up a collectible. These collectibles are used to open up the exit of a stage, but can also be cashed in at the ‘Gift Shop’ to free your friends (who are, appropriately, in capsule vending machines). Freeing your friends unlocks their particular facial feature, allowing for extensive character customisation.

Your main abilities are limited to shoving and jumping, but you can also carry two weapons with you into a stage. You start with mines, but collecting and cashing in hidden balls of yarn unlocks your stranger weapons; explosive paper planes, electric fans, ice guns, dapper frogs, and toy dart guns all become part of your nonsensical arsenal. None of these gadgets are really necessary to progress through a stage; they just add a level of insanity to the moment-to-moment gameplay.

BattleBlock Theater also comes with an extensive level editor. Similar to the one from Lode Runner, you have a grid available to you, and you simply pick and place blocks, enemies, and hazards. Sharing via the Steam Workshop allows popular, well-made levels to percolate to the top, and can keep multiplayer matchmaking interesting, where you’re just never quite sure what kind of level is going to pop up next.

Multiplayer comes with several modes. You can play through the campaign with a friend (where levels are set up differently from singleplayer, and built around specific co-op manoeuvres), or duke it out competitively. The versus modes range from King of the Hill and Zone Control, to Basketball, and even one where you have to chase down a floating whale that drops gold (no, I am not making that up).

The game does have the occasional problem however. Checkpoints can only be activated once, and while this sounds normal, it becomes a problem in later levels that aren’t linear. There are levels where you start in the middle of a stage and need to branch out to explore multiple puzzle locations. You might activate a checkpoint, only to find that you need to press a switch somewhere else in the level. This can mean backtracking through hazards on the way to the switch, but then activating a replacement checkpoint, forcing you to navigate those hazards all over again. It’s frustrating retracing your steps, and running a gauntlet that you have already cleared, just because you can’t reactivate your first checkpoint.

Sometimes things that operate within the environment can get out of sync if you interact with them incorrectly (read: if you die on them). Saw-blades, fans, and lasers can all start running on a different timer than what was originally intended – often making some timed platforming sections harder than they originally were.

BattleBlock Theater is a charming platformer. It comes loaded with a sense of style and humour that only developer The Behemoth possess. An incredibly funny narrator, adorable creature design, and cut-scenes that look like paper-doll puppetry all amount to a stylistically cohesive game that has tight platforming to boot (albeit with a few mechanical hiccups). Incorporating the pervasiveness of the Steam Workshop keeps multiplayer fresh, and the game will continue to be so as long as there is a committed, creative community. 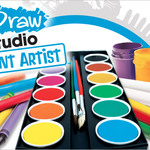 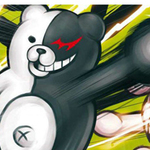