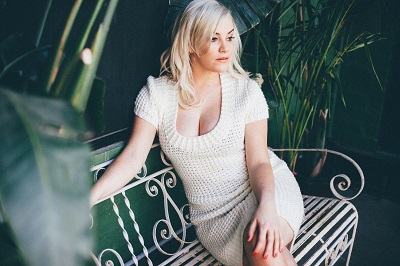 1)Lisa, you manage to sound soulful, poignant and uplifting within the 2.56 of Showgirl, who has helped you develop that skill?

Lisa Crawley:
That is a wonderful compliment, thank you! I suppose countless gigs in piano bars helped me with the soulful bit, my voice is a lot lower than it used to be! I have always had a pretty optimistic attitude despite things not always going as planned, so I've developed the 'uplifiting' skill out of necessity - and Ryan Ritchie, the producer I worked with on this track was a massive help in helping me try to get to the bottom of what I was trying to say lyrically, and also musically keeping it simple with a focus on the lyrical content.

2) Is there something wrong includes the lyric "I see you drinking, you seem pretty dry" that's a clever line.  Do you like to perform in venues that the audience can readily hear the lyrics.

I much prefer intimate venues where audience members would be able to listen to the words, but if it doesn't happen that way (and it often doesn't), I try not to get too upset when people are chatting over me at gigs. I have very good hearing and often get distracted by peoples conversations while I'm playing which isn't good! So yes, nice intimate venues are great, but I wouldn't say no to Wembley either...

3) Safe and Sound has a bit of a bop to it. Are there some remixes on the cards?

Yes there are!
I  have an Australian DJ working on a remix at the moment so will definitely share more details about that soon! Get your glow sticks ready...

With a back catalogue that boasts two albums and two EPs, coupled with
countless collaborations, tours, television appearances and acclaimed music-
based projects, Lisa Crawley has well and truly earned her reputation as one
of New Zealand’s most well-respected musicians.

Now Crawley is adding to her lengthy list of achievements with the new
single, ‘Up In The Air’ (out today via Bandcamp), from her upcoming EP of
the same name, which will be released online on October 16.
The five-track EP is produced by sought-after Australian producer Ryan
Ritchie (Kimbra, The Rah Project), whose work with Kiwi singer Kimbra on
‘Cameo Lover’ earned him an ARIA.

UP IN THE AIR contains four new songs penned by Crawley in the last year,
documenting recent adventures in Canada, the United States and her new
home, Melbourne.

It also features a fifth song, ‘Mayday’ – a demo she reworked for the EP,
originally written eight years ago in the UK by fellow Kiwi Matt Michinson,
who was in a band with Crawley in London at the time.

UP IN THE AIR builds on the retro vibe of 2013’s ALL IN MY HEAD,
showcasing a singer-songwriter who has found her place in a dreamy,
melodic pop world, with an edgy darkness.
The EP rounds off an exciting year in which Crawley performed at Canadian
Music Week in Toronto – the only Kiwi representative at the festival. She also
played a string of shows in Los Angeles and won the LA-based online
songwriting game show Top Tune where contestants (songwriters) are given
a title and have 17 minutes to pen a tune. Judges on the show include Ray
Parker Jnr and Van Dyke Parkes.

Now back in the Southern Hemisphere and based in Melbourne Crawley
can’t wait to bring her new material home, with an eight-date tour that kicks off
on November 5.

"I'm very excited to be touring New Zealand. I'll be playing my new EP
alongside favourites from my previous two albums. I promise there will be no
sign of an Australian accent!" says Crawley.
She is of course, no stranger to touring, having travelled the length and
breadth of the country as a solo artist and in support of big names in music
like John Mayer, Paul Weller, Jools Holland and Greg Johnson.
‘Up In The Air’ single is available now. The UP IN THE AIR EP is released
Friday October 16, while the tour kicks off on November 5.
For more information check out http://www.lisacrawley.com 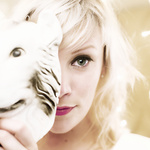 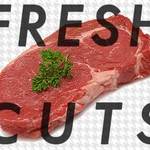