Chelsey is proud to offer two copies of Lisa Crawley's fantastic debut album, Everything That I Have Seen, to our readers. With a Silver Scroll nomination under her belt, Lisa Crawley has released an album that is destined to be a Kiwi classic. The record features current radio single "Blind Eyes" and boasts an array of sonically compelling songs.

From curious stints in Japanese hotels, English pubs, Danish jazz clubs, and most recently a series of performances in New York, Lisa has certainly been busy. It’s little wonder that she has been hand picked to tour in New Zealand with artists as varied as John Mayer, Jools Holland, Nathan Haines, Julia Deans and Paul Weller, scoring rave reviews wherever she pops up.

The album was recorded and mixed over the past yearat The Lab Studios in Auckland by 'Engineer of The Year' Oliver Harmer. Lisa has self-produced the majority of the album, with assistance from the talented Jol Mulholland, Wayne Bell, and Andrew Keoghan.

With playful, clever, and heartfelt lyrics and her truly remarkable voice, Lisa Crawley's musings leave quite an impression. The album is complemented by an array offriends and musicians from bands such as The Ruby Suns, Bannerman, The Checks, Artisan Guns and Tiny Ruins, to name a few.

Lisa is one of New Zealand's songwriters to watch, already having won the international 'Paciﬁc Songwriting Competition' and has recently been nominated for a Silver Scroll award for the catchy single "Leaving".

Check out the video for her haunting single "Blind Eyes" below:

To win this excellent album, simply leave a comment letting us know what you love most about music.

It's a tough one, but the two best answers will receive brand-new copies of Lisa Crawley's Everything That I Have Seen. 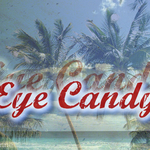 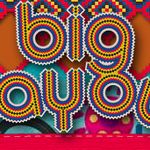 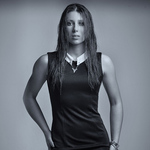