I recently read an interesting article entitled You Know What's More Boring Than Twilight? Hating Twilight. The overall gist of the piece was that critiquing the Twilight Saga, and just generally hating it, has become a cliché. Anytime a movie blog posts an article about the latest installment in the multi-million-dollar franchise, they can expect an excess of comments all along the lines of “Twlight Sux!!!!” I would safely say that the majority of Internet-users (and blog-frequenters) that are aware of the Twilight Saga do not like it - or at least don't care about it. Disliking and not caring are two inherently different things - don't let anyone tell you otherwise. It would be like saying an electron and a neutron are the same thing. Which they are not. I digress, in our strange and frightening world of pop culture, to sincerely enjoy Twilight puts you in a minority group. Thus, one is more subversive and underground by aligning themselves with the vampiric franchise, than against it. And while I would never claim that the Twilight films are of any quality(or are even slightly interesting), I would never publically claim to hate them in fear of sounding too mainstream.

Which brings us to the first point of this essay: Nothing is worth hating in popular culture because everything has some degree of meaning.

No, I don't like Justin Bieber, Lady GaGa or Flo Rida's latest collaboration. But each of these cultural lows highlight certain aspects of society, that in turn, allow us to better understand what it means to be human. We come to realise that one does not require talent to become a success, that all females crave a certain Amazonian freedom, and that we all need ‘a little help from our friends’ to succeed in this world (in respective order). The wonderful thing about pop culture is that it tells us so much more about the average consumer than the Myers-Briggs Type Indicator or the Rorschach Inkblot ever could. Nielsen Ratings and iTunes Charts can be just as accurate in determining social trends than surveys or forecast graphs. If My Chemical Romance’s “The End” or System of a Down’s “Lonely Day” ever breaks the Billboard Top 100, I will call my broker immediately and sell every share I own… If that day ever comes, the world will not be a pretty place.

Cynicism is a dominant force in any form of artistic criticism, but cynicism is also the laziest attitude one can adopt. A cynic has no personality... No soul. Etymologically speaking, cynic comes from the ancient Greek kynikós meaning dog-like. In his seminal work, A History of Cynicism from Diogenes to the 6th Century AD, scholar Donald Dudley outlines the reasons for the word’s canine roots: “There are many reasons why the Cynics are so named… The dog is a discriminating animal which can distinguish between its friends and enemies. So they recognize friends who are suited to their philosophy, and receive them kindly, while those unfitted they drive away, like dogs, by barking at them.”

The cynic indeed relishes in barking at the “unfitted” – which by muso terms, is pretty much anyone who does not own The Velvet Underground’s White Light/White Heat on vinyl.

Yet adopting a cynical agenda essentially means you are unable to see the larger pop culture value. And as I stated earlier, everything has some degree of meaning. Even if that meaning is only to show us how tasteless so many listeners are.

Music criticism can generally be divided into two groups: Condemnation o the latest trend, or proclamation of the next messiah. The very nature of the profession is sensationalized – something is either great or awful. The good seems to get lost in the backwaters of the blogosphere… Or simply ignored. How often do you see an album given a 5 out of 10? Everything is either a 3 or an 8.

This brings us to my next point: Music criticism is not about separating the bad from the good, it's about distinguishing the good from the great.

We all know when an album is terrible. You don't need any holier-than-thou critic to tell you that LMFAO’s latest release is aural trash (but not meaningless I should add.) But is Coldplay’s Mylo Xyloto any good, despite its awful title? Does Drake’s Take Care live up to all the hype? Is Bon Iver’s double-self-titled record worthy of superlatives?

As a consumer of music, you are faced with thousands of releases every year. It is logistically impossible to listen to everything, so in all likelihood you will miss dozens of excellent albums if you were to go about it on your own. That's where I come in. Because of the fact that I have little to no life outside of my audiosphere, and that I have direct access to the bowels of major record labels – I have the ability to ensure you do not miss out on any great records. My modus operandi is to give exposure to excellent albums.

But sometimes I can’t. Sometimes the amount of quality music that shows up in my inbox overwhelms me. One of the greatest tragedies of my life (not including missing out on seeing The Clash live, or generally living in the ‘70s) is the fact that I am unable to give exposure to so many artists that deserve it. I am a constant sufferer of Option Paralysis: The tendency, when given numerous choices, to make none.

But I try. I try really damn hard.

I know that most people will not read my musings, and that these ramblings will not make a serious impact on anyone’s life – but as humans, we have a deep yearning to find meaning in our existence. Even cynics and Twilight fans, who for all intensive purposes are soulless, want to know what it means to be alive. Some of these people choose Dickens or Shakespeare to help them find meaning in their life. Some turn to religion...

Others study the existential writings of Socrates or Nietzsche. I just prefer examining the meaning of life through the context of music: through Arcade Fire to ZZ Top; through hip-hop to hipsters; through Top 10 hits to the dregs of the Hype Machine.

I welcome all disagreements, disparate points of views, and, general insults.
Feel free to share your own thoughts on the state of the current music scene.
And to all of you who share my views... Bless you. 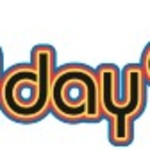 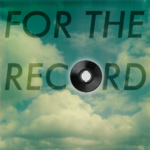 For The Record - Arcade Fire Win 'Album of the Year' Grammy 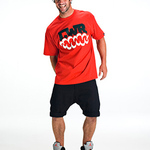