The stereotypical Hollywood comedy formula receives a bad wrap on a frequent basis, but this is only because the formula is too often implemented poorly. However, there are exceptions. If a film sticks to the status quo and does it right - hitting the expected story beats with wit and grace - the result can be as thrilling as a wholly original motion picture. Fortunately, 2010’s Morning Glory is one of these rare occurrences. Written by Aline Brosh McKenna (27 Dresses, The Devil Wears Prada) and directed by Roger Michell (Notting Hill), this is a fast, smart, clever, frequently laugh-out-loud funny film. It’s also fascinating due to its juicy, seemingly authentic examination of the goings-on behind morning news shows. The plot sounds like 2006’s The Devil Wears Prada with a liberal dosage of 1988’s Working Girl, and this is a fairly accurate analogy of Morning Glory. 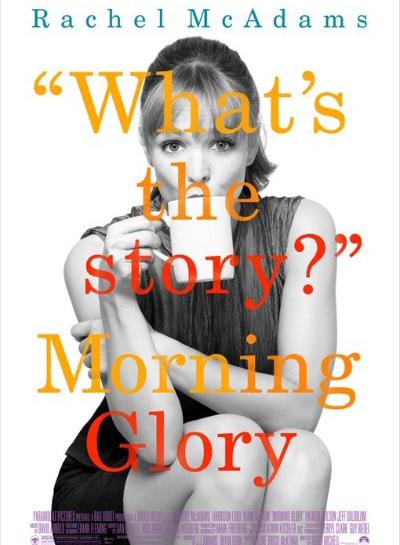 Fired from her job as the producer of a morning television program, 28-year-old workaholic Becky Fuller (McAdams) begins to wonder if her professional dreams will ever come true. After flooding all nearby television networks with résumés, she ends up taking a gig out of desperation despite a subpar salary. Her new job is as the executive producer of Daybreak; a fledging talk and morning news show which is currently lagging behind all the heavy-hitters. Desperate to make a quick impression on her new boss (Goldblum), Becky begins implementing ambitious ideas, and brings in cantankerous veteran newsman Mike Pomeroy (Ford) to provide a fresh face for the show. The trouble, however, is that Mike wants nothing to do with Becky or Daybreak - he is instead forced to contractually endure his hosting duties, and does so with the bare minimum of enthusiasm. With the show’s almost certain demise on the horizon, Becky looks to shake up the stale old routine by making the show fun and exciting, while at the same time attempting to nurse a burgeoning relationship with fellow producer Adam (Wilson).

In the vein of the dark Broadcast News and the groundbreaking Network, 2010’s Morning Glory is a film which takes a peek behind the curtain of television newscasts; revealing that everything is not as tidy and ordered as it appears on the air. The behind-the-scenes material is superb; depicting the daily show meetings, the goings-on within the control booth, the interoffice banter and sparring that transpires, and the imaginative ploys which are implemented to raise the ratings. Despite the seemingly dull nature of this material, it’s all immensely watchable, and the determined Becky is an easy protagonist to like. Added to this, Morning Glory has an assured spring in its step, which was visually supplied by Michell and cinematographer Alwin H. Kuchler. The antics are therefore provided with a delightfully crisp appearance, peppered with careful compositions and a delightful soundtrack which adds a welcome whimsical feel. It’s an appealing movie with a vital cinematic personality to prevent it from sinking into the doldrums.

Some may be concerned to see Aline Brosh McKenna as the credited screenwriter. WhileThe Devil Wears Prada is satisfying enough, McKenna’s other credits include 27 Dresses, Laws of Attraction and Three to Tango, none of which are exactly glowing displays of talent. McKenna’s usual downfall is attaching troublesome romantic anchors to otherwise pleasing comedies. While this is retained in Morning Glory, these flavourless antics only harm the film to a minimal degree since the rest of the picture exhibits wonderful comedic flair. Despite its adherence to the traditional Hollywood formula, Morning Glory generates enough entertainment, good feeling, and genuine laughs to make it difficult to dislike. Becky’s enthusiasm is consistently infectious, and it’s fun watching her revitalise the ailing Daybreak.

The strongest point of Morning Glory is the cast. Leading the ensemble is Rachel McAdams who’s positively luminous as Becky; proving yet again what a terrific, underappreciated comic talent she is. Effectively conveying fear, compassion and Blackberry-immersed distraction, the star is a credible television wrangler whose diminutive size reinforces the daunting nature of the task ahead of her. It helps that McAdams is incredibly attractive, as well. As for Harrison Ford, he’s an absolute standout. Ford’s hard, cold exterior and antagonising delivery could not be better suited. Not to mention, Ford is a wonderful sparring partner for McAdams. Also in top form is Diane Keaton as Daybreak’s long-time anchor Colleen, who is side-splitting when she’s given adventurous news segments to appear in. Meanwhile, Jeff Goldblum is his usual strong self. Rounding out the cast is Patrick Wilson as the love interest for McAdams. Unfortunately, Morning Glory is at its worst when it concerns itself with Becky’s love life - her romance with Adam is lifeless, and this subplot is murder to the pace.

By predominantly shying away from the news vs. entertainment question which lies at the centre of the film, Morning Glory is unable to make the leap from a good comedy to a truly great one. Though with its light-hearted disposition, Morning Glory was probably never intended to be anything brilliant. Rather, it’s a well-executed, genuinely enjoyable studio comedy. A tougher, more penetrating treatment of the same premise would’ve been welcome, sure, but what we have instead is a breezy movie that will leave you smiling and satisfied. Sometimes, that’s worth a recommendation. 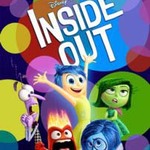 Movie Review: Inside Out 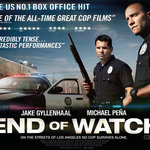 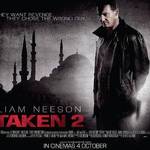