Emily Smart is nearly 42, vertically challenged and clearly was the kid who ate all the pies. When not drinking pints down the boozer, Emily is co-director of Story Marketing & Communications www.storymarketing.co.nz and a regular contributor to NZ publications.  She also has a blog with two friends at www.verbalberbal.com. In her spare time Emily is raising three unruly children who claim to be hers.

At the mere hint of a foreign film, I have probably lost three quarters of the readers that were going to take a look at this review. Mention anything French and the thought of moody, complicated characters and sub-titles is enough to send you to your nearest multiplex cinema in search of Channing Tatum and a large box of popcorn. Put aside your preconceptions of French movies and get yourself to an independent cinema that’s showing On Air (Parlez-moi de vous), and don’t forget your popcorn. 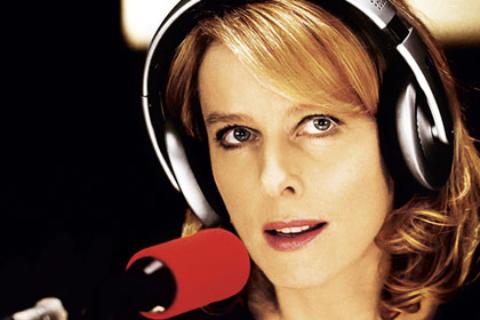 On Air is writer and director Pierre Pinaud’s first feature film, and it tells the story of Melina (Karin Viard), who by night is a famous, anonymous radio agony aunt who delivers warm, empathetic and sound emotional advice to her callers, but by day is a cold, obnoxious loner with a penchant for high heels and more than a touch of obsessive compulsive disorder. She seemingly has no friends or family and her only companion is a rather cute dog. If this all sounds a bit odd, add to the mix that she sleeps in a dark cupboard at night in her chic Paris apartment and you are left wondering what happened in this woman’s life to create this almost schizophrenic character.

As the film progresses we learn that Melina was abandoned as a young child and after tracking down her real mother, becomes embroiled in her mother’s rather dysfunctional suburban family, without revealing her true identity to her mother, brother, sister-in-law and her assorted children.

Viard as Melina is sensational. For all her character’s faults, she is still likeable and although this isn’t a ‘split your sides’ laughing film, her sense of comic timing is brilliant. She is beautiful, fragile and incredibly stylish and there seems to be more than a nod to Tippi Hedren’s portrayal of Marnie in the eponymously titled film directed by Hitchcock.
The romance is provided by way of the super sexy, smouldering eyed Nicolas Duvauchelle who plays Melina’s step-nephew (no blood relation) and I have to admit I spent most of the film wishing he would rip all her clothes off and make mad passionate love to her in a muddy field in order to release her from the frigid, sterile world she has created, controlled by her obsession with order and cleanliness.

There are some beautifully played scenes between the middle-class Melina and her working-class, no nonsense, beer drinking mother played by Nadia Barentin – who sadly died soon after filming -all the while, without her mother realising, she is conversing with the daughter she gave up after a teenage pregnancy.
Funny, touching and definitely one for the girls, what I liked the most about this film is that director Pinaud didn’t opt for the usual Hollywood ending. I won’t tell you what happens, but I left feeling rather uplifted and wiping away a wee tear.

On Air is showing at selected cinemas from February 7th. 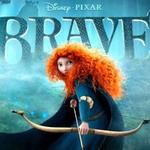 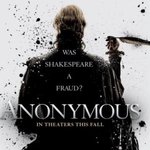 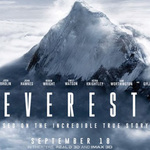