Made from white grapes, Riesling is one of the sweeter wines around, like a wine that pays for your meal and opens the cork for you. However, not all Rieslings are like this: they can also be dry. Most German Rieslings are dryer than those made in the US. But, even the driest Riesling does have a few sweet spots and is often not truly "dry" in the wine drinker's definition of the word.

When it comes to white wine, Riesling is thought by many to be king, or, as it likes to call itself, the greatest grape (we didn't say Riesling wasn't kind of conceited). It’s a wine that has considerable flavor and acidity without necessarily having a high alcohol content; some Rieslings are as low as eight percent by volume (to compare most wines are around twelve percent). With flavors ranging from peach to melon, from honeydew to apricot, the best Rieslings always hit the spot, and hit it well.

Typically thought of as a German wine, past production of Riesling was largely based in Germany, with smaller amounts produced in Italy, Austria, and Alsace. Presently, it is also produced in the US (particularly the northwest and New York), Australia, New Zealand, Romania, Chile, South Africa and Canada. No matter where it is produced, however, Riesling can be a bit high maintenance - like a wine that thinks it's all that and a bag of cork chips - and can be hard to grow. In climates that are too cold or climates that are too hot, harvesting the grapes to make Riesling is usually unsuccessful. Thus, it only prospers in climates that are just ripe...er, right.

Riesling is multi-talented when it comes to being paired with food, making it perfect for the beginner who is taking a bottle of wine for a test drive. It pairs well with white meat, both poultry and fish, and, unlike a lot of wine, can even handle itself against Thai and Chinese food. Because of its sweet nature, Riesling also gets along with salty food: a salt lick and a bottle of Riesling could put sweet and salty lovers into a purely blissful state.

The priciest Rieslings are dessert wines that are late harvested. For these wines, grapes are left hanging on their vines longer than usual. Either through evaporation or through freezing the water from the grapes is removed and the end result is a wine with more acid, more sugar, and an explosion of flavor. Coupled many times with desserts - such as baked breads or fruits - some people also drink Riesling alone, believing that its flavor is enough to appease their sweet tooth.

Riesling is a hard wine to dislike, particularly for people who generally dislike wine because of its bitterness. Trying just a glass will get you hooked. Come on, I dare ya…you have no Riesling, er reason, not to. 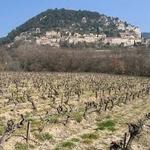 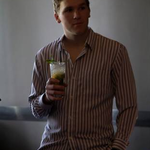 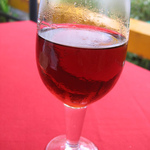