If you have a little interest in wine, you have very likely heard this phrase before. It’s a bit unusual however, to see it written on the box of a wine as a slogan or a motto… Well, the guys at Dry River Winery from Martinborough do, just to remind us that their wines are not exactly the every day plonk that we all quaff most of the time. To me, for more than two years Dry River has been almighty and unreachable.

When I first arrived in the country (and hardly knew anything about New Zealand wines) I remember asking my first manager Andrew, which wineries were considered as the kiwi equivalents to Petrus, Opus One or Vega Sicilia. Among Ata Rangi, Te Mata and Kumeu, he also mentioned Dry River. What struck me at that time was that the only one that we didn’t have any stock of - in any grape-varieties, was Dry River. To me it instantly became the one I was dying to try. I then had the chance to sell some of their wines but no more (for me) since the allocations we are lucky to get, are almost as generous as Petrus’ ones (i.e.: a drop or two) and were sold in the blink of an eye.

So god knows why in the last two months I actually got to try a big part of the range, but trust me, I’m not going to complain! On the contrary, I sincerely thank the people who opened their cellars to me so generously. Not less than the Chardonnay 2002 (and not one but two bottles), the Syrah 2002, Gewurztraminer 2004, Sauvignon Blanc 2006 and Dry Riesling 2005. I know Fine Wine Takes Time, but what was I supposed to do, decline the offer??? I’m far too polite to do such a thing.

And well, the verdict is clear: One does not become a Legend for nothing. To be frank, every single one of those wines were prodigious. It’s true that I am a big fan of Martinborough wines in general, but this was above anything from this region I had the chance to taste before. Only the Ata Rangi Craighall Chardonnay could try to compete with the Dry River one, and maybe the Nga Waka Riesling with its cousin from Dry River. 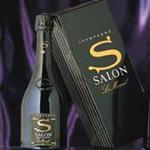 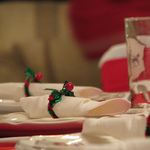 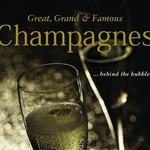