Win 1 Double Pass to Lord of the Flies

THE LION FOUNDATION SEASON OF LORD OF THE FLIES

BY WILLIAM GOLDING ADAPTED FOR THE STAGE BY NIGEL WILLIAMS

In its New Zealand professional stage premiere, the theatre adaption of Nobel Prize Winner William Golding's Lord of the Flies opens at Maidment Theatre on 5 September. Auckland Theatre Company’s season of one of the world’s most seminal stories is being directed by Colin McColl and will bring together a formidable gang of young male actors, including Go Girls’ Leon Wadham in the pivotal role of Ralph.

A group of schoolboys survive a massive disaster and become stranded. But what starts as a classic, Survivor-style island adventure quickly becomes a struggle for existence that sees the boys descend into rebellion and chaos.

Lord of the Flies is a story driven by a battle for power – a clash between the civilized and the wild. By day the boys exist in paradise, but as night falls their dreams are occupied by a terrifying beast. As the boys splinter into factions, some peaceful and co-operative, others anarchic, it’s not long before the dutiful group becomes every-man-for-himself.

Golding’s timeless first novel about the loss of innocence in young men, human nature and the decline of civilisation continues to be included in secondary school curricula the world over. For some boys, it is the story they remember most vividly from growing up. For others, the story has remained with them forever. In its portrayal of reason versus chaos, Lord of the Flies investigates many issues that remain central to the lives of today’s adolescents – rules, morals, peer pressure, bullying and gang rivalry.

According to McColl, “The memory of chubby, bespectacled and terrorised Piggy scrabbling to find a hiding place from a pack remains potent image for me. Some of the most forbidding schoolyard issues are fiercely thrown together in this riveting, lucid stage adaptation by Nigel Williams.”

Playwright and novelist Nigel Williams’ captivating stage adaptation was originally staged by the Royal Shakespeare Company at Stratford-upon-Avon in July 1995. William Golding himself attended an early draft of the adaptation a year before his death in 1993.

William Golding was born in Cornwall, England in 1911. He grew up in an old, 14th century house at the end of a churchyard, and was fearful of the graveyard and the sleeping dead. His parents wanted him to be a scientist so in 1930 he went to Oxford to study science, but before long changed to English Literature. During the Second World War Golding served with the Royal Navy and was profoundly affected by his experiences. After the war he taught at a boys’ school in Salisbury and, in 1954, published Lord of the Flies. Years later he said that writing the book was ‘like lamenting the lost childhood of the world’. He won the Booker Prize in 1980 with Rites of Passage, was knighted in 1988 and was awarded the Nobel Prize for Literature in 1993.

Chelsey is pleased to give 1x lucky winner a double pass to Lord of the Flies. To enter simply comment below then head over to the Entertainment Forum to make a decent contribution. Check out next weeks Newsletter to see if you're our winner. Note- for Auckland viewers only. 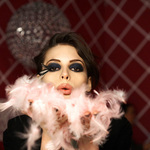 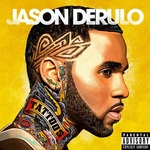 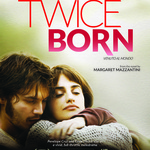