A girl's guide to sugaring

Hair removal has either been painful, or tedious for me. Waxing hurts, shaving needs to be done nearly every day, and plucking is tedious and painful! I have a friend who's spent the last six months or more raving about "sugar waxing", saying it wasn't at all painful (want a bet, said wussy me), and that it was much gentler on the skin. Being rather sceptical, I headed along to Maraetai Day Spa to try sugaring, just to prove her wrong.

Since my pain-threshold is exceptionally low, I thought I'd start with a fairly small hair removal job - my eyebrows. It's a natural alternative to waxing apparently, originating in the Middle East. New Zealand's just a bit slow catching on, Pauline, sugaring specialist and owner of Maraetai Day Spa, explained. The product itself is very simple - essentially just sugar, water and lemon juice - but the technique takes hours of training. What is special about sugaring, is that it only sticks to the hair - not the skin, making it far less painful. 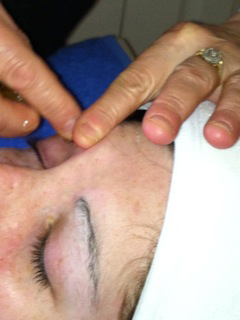 First Pauline smeared some talcum powder on my eyebrows. It makes the sugar stick, and helps prevent redness. It tickled and made my eyes water, but wasn't painful so far! Pauline took the sugar in a golden ball, moulding it between her fingers. She then instructed me to close my eyes and relax, assuring me that many of her clients fall asleep while getting it done. I did as instructed, and waited for the pain. After the first placement, and removal of the sugar, I opened my eyes, asking, was that it? Apparently so, Really, it felt a little like pulling selotape of my skin. Not painful at all, and the worst bit was really my watering eyes from the talcum powder!

I was impressed with the results after one eye - there was a little redness, but that didn't take too long to go down. It was great seeing the comparison between the two eyebrows - it really revealed just how hairy my eyebrows had been! Even if sugaring had been painful, I wouldn't have wanted to walk out with one eye done, so I relaxed again for my second eye.

The result: pretty eyebrows with no pain! (Alright, I admit it, I was wrong!)

So quickly, here's a sum up on how sugaring is different from normal waxing: 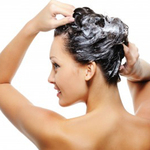 Secrets to Getting Gorgeous Hair 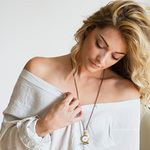 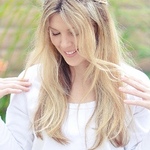 How to manage dry hair