In the run up to the release of Bridesmaids on DVD in November Chelsey was able to nab an exclusive interview with Melissa McCarthy (Megan) and Rose Byrne (Helen). We find out what it was like acting as their characters and a bit about life on the set of the movie

Can you tell us a little bit about your characters? Was there anything in them that you could relate to?

Melissa McCarthy: I play Megan in the movie; she’s the groom’s sister. I always think that she is the one that Maya [Rudolph]’s character had to invite into the party. She’s a bit eccentric. After playing Megan, I’m not sure if now I can officially take roles as men - I think I’m right on the cusp of being able to pass for both! I love her confidence. There is confidence and then there’s Megan... She was so fun to play, especially since in any situation, she’s like, “I got it.” If things went terribly wrong, I would want Megan to be close to me somewhere.

Rose Byrne: I play Helen, who is Lillian’s [Rudolph] new best friend from her new life in Chicago and who she knows through her husband-to-be. She is a direct threat to Annie [Wiig] because she’s very controlling and slowly but surely starting to take over the wedding in a very passive-aggressive way. She has status, is very sophisticated and very intimidating. I definitely know a few Helens in my own life, but it was fun to bring them to the screen. 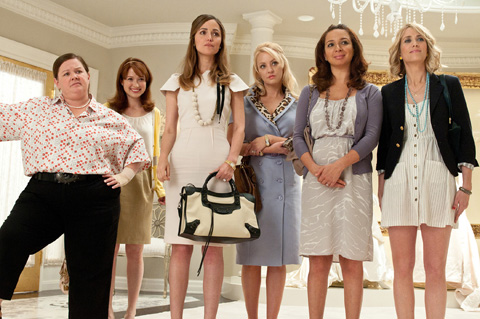 Is it true you asked to play the bitch?

Rose Byrne: Actually it was my agent. I said I was up for playing anything. When they told me to read for Lillian [Rudolph] I said, “Do you think they’d let me read for Helen?” My agent said, “You want a crack at the bitch?” and I was like, “I just love her. Please, please!” She’s not really a bitch, and I think that what is smart about the film is that no-one is just one thing; Helen’s not so evil that you can’t relate to her. She obviously has a very vulnerable moment at the end. I think all the characters are more than just one-dimension: they’re not just stock female characters in a film; they are real women talking about real things. These women are people we know. 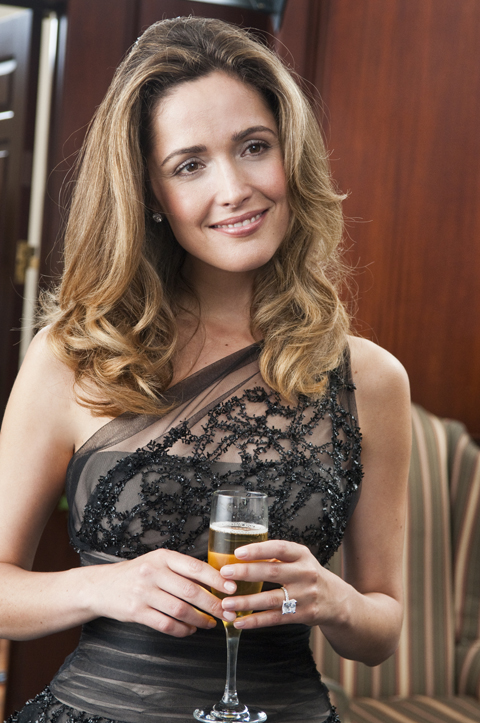 Have either of you had experience of being a bridesmaid or going to a wedding that turned into a bit of a horror or a nightmare?

Melissa McCarthy: Nothing too horrific. The only wedding I’ve been to that was kind of a horror was when somebody had a wedding in Palm Springs and the bride loves the sun. It was about 120 degrees and she had it dead out in the middle of… well, just the sun. It was a lovely, stylish wedding but we were all literally rocking back and forth, feeling nauseous the whole time. People were opening bottles and literally pouring it over their heads, in their suits and everything! We were like, “We’re all going to die today!”

There is a pressure with weddings to put up with whatever the bride wants, and they can be quite competitive.

Rose Byrne: Things can get quite competitive amongst bridesmaids and friends in general: who is doing what role, who knows the person better…That’s portrayed through the conflict between Helen and Annie [Wiig]. Helen’s like “No, I know her better, she does like tennis.” And Annie’s like, “No, she never liked tennis….she’s changed”. It’s very subtle but it’s also very territorial - competitive friendships can happen in both men and women.

Do you really enjoy that these women are talking like women really do talk in real life?

Rose Byrne: I love it. Hello! Love it.

Melissa McCarthy: All of these women make sense to me. When reading any other script with female characters, I often find myself asking, “Who are these women?” - Because I don’t “know” any of them. On the other hand, Bridesmaids just made me laugh because it really felt so real. It actually did feel like I’ve had some version of the conversation between Kristen [Wiig] and Maya [Rudolph] when they go to get breakfast in the opening scene. Their friendship also feels so genuine – it feels real. 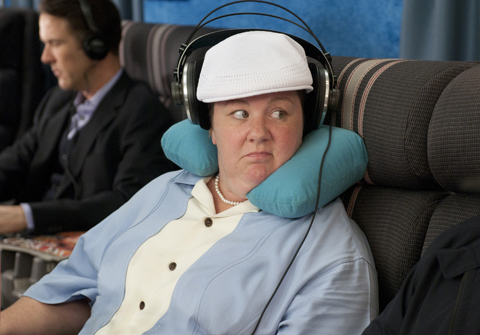 We’ve talked before about how female comedic actors can’t have much vanity, and you did some good crying.

Rose Byrne: I did, I did have my little moment.

There’s the food poisoning scene which was hilarious. Was it fun to really push that?

Melissa McCarthy: Totally. If you’re going to go there, you have to really, really go there - there’s no middle of the road. It was just so crazy. Even on the day we were shooting, everybody was like, “are we actually doing it? Is it all really happening?” Then they brought in a big bucket of stuff they had been mixing up, and we were like, “Okay, it’s on!” Everybody looked so pretty at first, and it was hilarious watching everybody start to melt, as they got sweatier and sweatier and sweatier and sweatier! I was getting redder and redder and redder watching everybody. There is something about looking at people who are clammy, it really starts to work on your psyche.

Can you talk a little about working with director and producer Paul Feig and Judd Apatow? What did they bring to the set?

Rose Byrne: Judd was around quite early and during the rehearsals. Working with the guys was a very collaborative process, it’s really just ideas – once you are in, they really do trust you. Obviously I was initially intimidated by working with so many fantastic women from comedic backgrounds, but everyone was very supportive so once I got comfortable, it was fine.

Melissa McCarthy: It was such a great experience; I just wanted it to go on for like 10 years, as the never-ending series. It is a real rarity to find someone [in production] who just really ‘gets’ actors, and here we have six women and these two guys, and they all get it! They listened to us and they were so encouraging and eager to be creative with anything we could think of. They are both really sweet, smart, funny men, and have a sensibility and healthy ego without being domineering.

Do you think it was important to balance the emotional, heartfelt stuff with the really broad comedy stuff?

Rose Byrne: Absolutely, I think that’s what makes it funnier - it is as much a drama as it is a comedy. Annie’s life is falling apart and she can’t seem to take responsibility of her own life, but Kristen does such a beautiful job of making Annie loveable, and you want her to win despite her delusions and her refusal to give up. There’s a lot of drama and pathos behind that.

How was it working with Kristen?

Rose Byrne: She’s so cool. Melissa has known Kristen for a long time.

Melissa McCarthy: Yeah, we’ve been friends for about 10 years – a whole bunch of us knew each other at the Groundlings Theater, and we have been doing stuff like this for a long time. Kristen’s probably as smart and as funny as anyone can get, so to have her at the top was great. They always say that it trickles down, and it really did: the whole set had a nice vibe and we were just really relaxed, and I think a lot of that came from Kristen. 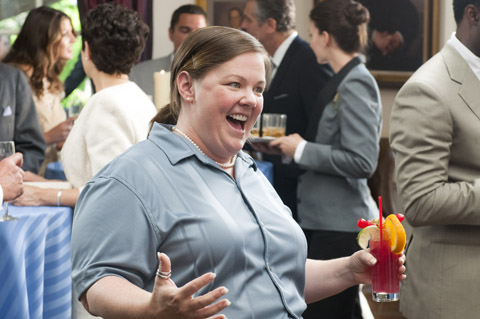 So, a quick question about DVD out-takes: is there more of Megan being sexy with the Air Marshal, because I loved that stuff?

Melissa McCarthy: There is a lot of footage in the DVD out-takes of me just seducing a certain man – Ben Falcone, who’s actually my real husband.

Which makes it all okay!

Melissa McCarthy: A lot of weird versions of that. 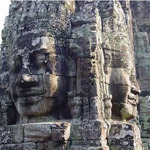 Angkor Wat - Reflections On It's Resplendence 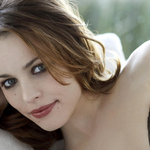 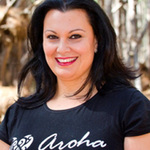