Dr Mary Casey began her research into “master manipulators” after being victim to a manipulative senior employee in her own company. With a Doctorate in Psychology, qualifications in counselling and conflict resolution and CEO to 200 employees in her own company, even Mary was not immune to being manipulated – a subversive, difficult-to-identify and usually passive-aggressive behaviour that is widespread in the workplace, in relationships and friendships. 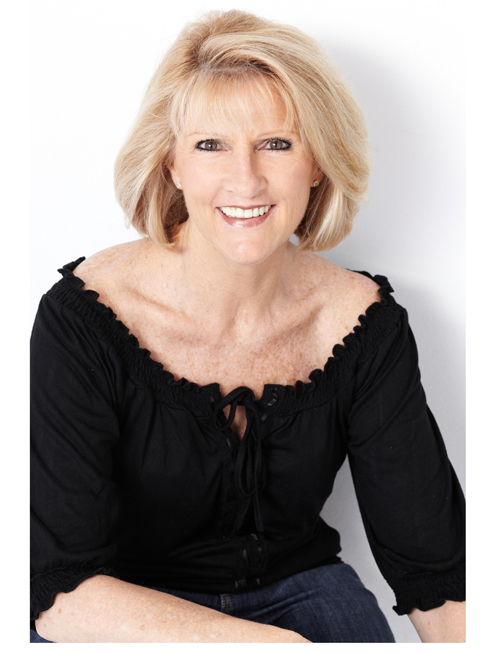 Mary’s research has culminated into her own workbook and DVD, How to Deal with Master Manipulators ($69.95, www.dealwithmanipulators.com) containing effective strategies to ensure we are never targets to manipulation.

Her company, Casey Centre (www.caseycentre.com.au), offers nursing services, trains 500-plus students every year into the nursing and community care industries, provides counselling services and specialises in developing and implementing programs and products in health and education.

Why does the topic of difficult bosses and employees interest you?

Many years ago in my own company, I became a victim to an employee who was a master manipulator. I often felt sick, confused, angry and frustrated. But that was not all – it also cost me financially. Back then, I only realised that I was manipulated because my new HR manager pointed it out to me. Even though I was the boss in this case – and not an employee – the dynamics were the same. This situation motivated me to study and research manipulative workplace structures and employer-employee relationships.

What is your aim in creating awareness about this topic?

We spend more time at our jobs than we do with family and friends – having a good frame of mind at the workplace is essential to our health and wellbeing. Manipulation in the workplace is a widespread problem. I would like to help anyone in a similar situation I once was in. It is also important to create awareness, as manipulative and difficult behaviour in the workplace does not have to be aggressive. It can be passive aggressive and hence difficult to identify. People often feel out of their depth when dealing with difficult bosses and aggressive or bossy co-workers, in particular – their health and relationships can suffer too.

How do you switch off at the end of the day or week after dealing with difficult people yourself?

It is all about treating yourself. I really enjoy playing the harp through the Sydney Conservatorium of Music and painting on the weekends. I’ll occasionally sell my paintings, too. I recommend spending some time outside every day. Sunlight really boosts your mood!

What are some of the most common types of difficult bosses?I have identified seven types.

“The Micromanager” wants a meeting with you several times a week, wants to be cc’d in every email, and checks your work on an hourly basis, all of which can make you doubt your abilities.

“The Bully” uses his or her physical presence to intimidate, shout at you around other staff, or isn’t open to hearing or taking on your suggestions or ideas.

“The Non-communicator” comes and goes without telling you, doesn’t give you or other employees an opportunity to contact them when you need them, and never gives performance feedback – an emotional brick wall.

“The Drama Queen”, as the name implies, seeks drama in the workplace, or tends to worry or panic over every incident – and quite openly in the presence of staff.

“The Gossip Monger” is the source of office gossip and conversations with him or her eventually lead to discussing other people.

“The Slave Driver” is a master abdicator and ensures that staff works well into the night, with no mention of “time in lieu”.

“The Detractor” shifts blame to you or other staff whenever results fail to come in or something goes wrong, as well as takes credit for good results you have achieved on your own.

What kind of difficult boss is the most common?

From my personal experience alone, I would say the bully. This doesn’t necessarily mean that they are aggressive. Quite often their behaviour is covert in that they are passive aggressive with “funny” sarcastic remarks and put downs. This type of manipulation is difficult to identify in that these manipulators make it extremely hard to say anything to them. They are experts at making you look stupid when you address an issue with them.

What is the most common mistake we can make when trying to manage difficult bosses or co-workers?

Unfortunately, difficult people can’t be changed. That is why it is important to deal with their behaviour and not their personalities. The most common mistake is getting emotionally involved or even showing emotion in front of either difficult bosses or co-workers. This emotionality hinders you from making rational and impartial decisions. Instead, boundaries should be set, limits should be defined and you should be emotionally detached. We also tend to forget that no boss or co-worker is the same. So we need specific strategies for everyone in particular to most effectively deal with them.

How have you managed difficult people in your own company?

In my opinion communication is the best way to deal with people. You can control a situation by responding to the issues in an appropriate manner. I try to keep a positive frame of mind so that I do not get emotionally involved. In the past, if I, for example, did not agree with my employees’ behaviour, I gave them feedback on it immediately and hold them accountable for their actions. This way I set boundaries for them. You can communicate in a similar way to co-workers. It is important to be clear and specific and to stand your ground.

Can you give an example of a difficult person who has worked for you?

Yes, as mentioned before, I was targeted by a manipulator once – the classic “Seducer” type. Although I am an independent, strong and intelligent person, I lacked personal boundaries. As a result, I allowed this person to make decisions and make changes without asking anyone and basically do what she wanted. I did this because I thought that she was a great worker and motivated to grow the business. The truth was that this person was intimidated by anyone who was smart or assertive. And so, anyone who had these skills was underhandedly shafted until they either left the company or were dismissed following them trying (sometimes frantically) to make me see what was happening.
It was by employing a human recourses manager that everything finally came to light for me because he could see the whole situation with fresh eyes and a clear mind. I began to learn more about myself; why I was a perfect target and the things that I needed to change in order to not be a victim to these types of people.

Can employees spot a difficult boss in the interview process? How?

It can be tough to spot a difficult boss in the interview process as it is the first time you meet that person and it is only for a brief time. You normally only recognise the negative behaviour after a period of time, and when working with them. So you have to trust your gut. You might also want to ask some specific questions in the interview that could give you a clue – such as: “What is the culture like in this organisation?” or “Do you have a policy on staff behaviour on what is and what is not acceptable in the company?” There might also be indicators in the way the rest of the staff interacts with your prospective boss that could give you further clues. 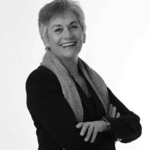 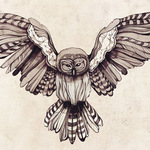 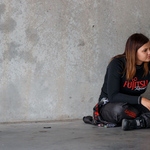 The ‘Devil Princess’ - Life in the fast lane with Renee Gracie