Kirstin is an energetic and charismatic director, who firmly believes the more lightning you can trap in the bottle, the better. She is a talented writer, drawn to create moments of sweet romance meshed with turmoil. Her idea of a good story is bold, primal and most of all entertaining. 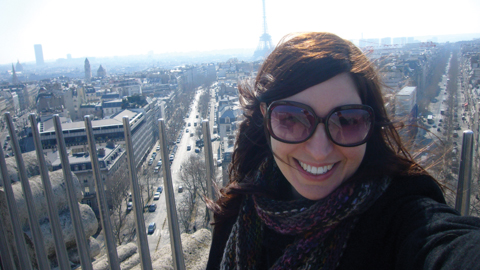 Following graduating film school Kirstin branched out into student radio and music magazines, eventually becoming a graphic designer. She returned to study at the Elam School of Fine Arts in her early twenties, and after the birth of her son worked in advertising.

Over the years she has kept her passion for making films, whether it be art school projects, 48Hour film competition entries, Film Commission shorts, or making Lego animations with her son.

Kirstin talks to Chelsey about the making of her first feature film, The Most Fun You Can Have Dying. The film tells the story of Michael, a typical uni student whose happy go lucky self-regarding lifestyle comes crashing down when he finds out he has just a few  months to live. Stealing the money raised for his treatment, he flees to London on a one-way ticket, intent on going out in a blur of sex, drugs, and mayhem. The film opens in New Zealand cinemas April 26.

How did this film come about?

One day I had a bad day at work and decided to check out the NZ fiction section at Whitcoulls on the way home. That’s how it all began. I bought Steven
Gannaway’s book Seraphim Blues, and my fate was set. Alex Cole-Baker (the producer) loved it too and so away we went. If anyone had told me that my three
year old would be eleven before the film was released I might have decided to do the sensible thing and become a nun or a policewoman or a waitress or
something! But looking back I’m glad I didn’t know. 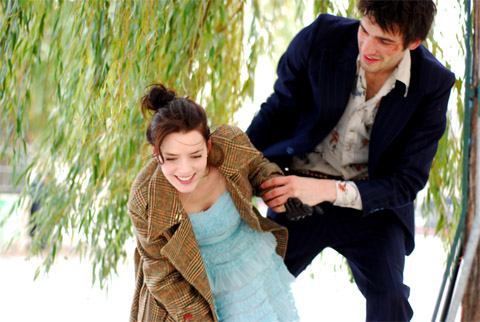 What was it like working with your lead actor - Matt Whelan?

Matt was such a pleasure to work with, and we had some great adventures making this film together. He takes his work very seriously, and so in terms of
prepping and working together prior to being on set I was very lucky. He gave his time and himself to this role without reservation. I was worried about him
constantly of course, the role was extraordinarily tough – he’s in every scene, on set all day every day. But I knew that the best thing I could do for him was push
him as hard as I could. I couldn't treat him with kid gloves, he would have felt betrayed I think.

So it was tough on both of us. The constraints of actually making a film are demanding. You never have enough time or enough light. Matt rose above it all to
give a stunning performance. As a reviewer has already said, you read the story of the film on the planes of his face. He’s a beautiful sensitive person, and able to create and bring to life characters of many different stripes. He goes deep and makes us care. This film would not have been what it is without him.

How did you wind up with a French actress?

It's a long story with a happy ending! I’ve loved Roxana Mesquida’s work since seeing her in À ma sœur!, a film by French director Catherine Breillat. But in the
novel the character she plays is actually American, so at first we were thinking of an American actress.

But over the long and arduous process of financing the film the nationality of the lead actress we were looking for ended up changing several times (as we
tried to put deals together with different territories), from American, to British, to German to French. More than once I rewrote major sections of the script on
a flight home from somewhere with a strengthening glass of rosé (the female director/producer drink of choice on this film). But once she became French she
stayed French. I fell in love with the idea, and then it was obvious she had to be Roxane.

I was so nervous about meeting Roxane in person. When you meet someone whose work you admire so much it’s nerve wracking. She had already agreed
to the role, and I’d spoken to her from NZ on skype (with Matt Whelan the lead actor). Both of us had acted totally tongue-tied and nervous on skype though –
luckily Roxane didn't judge us!

In person I got over my nerves. She was incredibly cool, easy to talk to, and completely down to earth. We’d been advised to meet in what turned out to be
a scene-y café full of actors and film industry people in Paris – the kind of place you go to be ‘noticed’. I didn't know of course, but she did and it’s totally not her
style.

She loves films. She is a complete cinephile. There was this really funny moment on set in NZ where she was disappointed to find out that most of the crew hadn’t
heard of John Cassavetes. Luckily the DOP and I had, or it would have been embarrassing. Roxane makes very interesting choices as an actress. She has
starred in a lot of very ground-breaking French cinema, as well several American indies (Rubber, Kaboom). She also appears in music videos, most recently with
Marilyn Manson, and had a celebrated role in Gossip Girl.

She and Matt Whelan got on really well, which was fantastic. Roxane did a brilliant imitation of our NZ accents, and also taught Matt the beginnings of
French. Having her on our set in NZ was so special. If I stopped and thought about how lucky I was I would get overwhelmed, I just had to keep my head
down and direct.

The performance she gives in the film is so lovely. Both tough and vulnerable; by turns enigmatic, funny, tragic, and matter-of-fact. She was the one and only.

There were many exotic locations – what was the best for you? And why?

For me the location of my heart in this film is Venice. When I was young (23ish) my boyfriend had a short film in competition in Venice. We went for two weeks,
and it was amazing. I remember we arrived at midnight on a ferry, we were the only passengers, and as we approached the city it was glowing like this giant
wedding cake made of light. We stepped off the ferry into San Marco and that was more than my little provincial NZ mind could handle. It was so magical.

Going back all those years later and filming the final scene of the film with the crew was very special for me. The day we filmed was magical too. The sun rose
at dawn, but all day there was a pinky-blue haze blanketing everything, and then in the evening as we filmed the final scene the fog came down. Some of the crew and cast were in tears, I was in tears. It felt like a benediction. 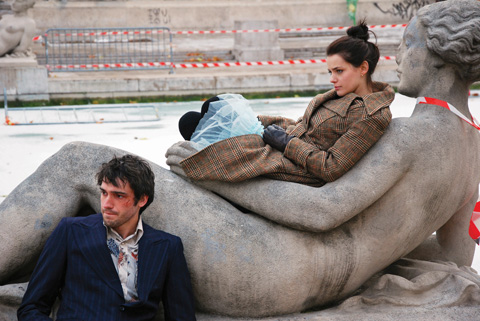 If there was a perfect person that this film was made for – who would they be?

Myself when I was 18! It’s true, I think if I’d seen this back then I would have gone to see it every night for a week and lived in a strange euphoric feverish
love-sick state during the day. I would have had multiple crushes on the characters and felt all confused, I would have loved the music and the style of the film, and most of all I would have wanted to be able to go on a journey like Michael does (minus the ending maybe!)

But beyond that I think this film will appeal to people of all ages and backgrounds who are able to recognize something of themselves in Michael’s
desire to just live his life. His deep need to throw himself into the world and see what happens.

Why do you think folks should go see this film?

I think you’ll be genuinely entertained. This film is rollercoaster ride; it’ll make you feel things for real; happy, sad, angry, euphoric, turned on. It could make you
ask yourself questions, and wish you were going home with someone. The one thing I can promise is that you won’t come out of it thinking ‘meh’. 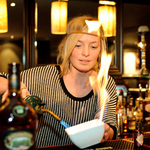 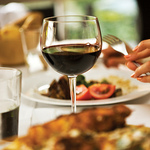 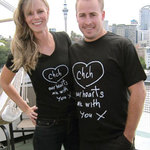