Why Paid Sick Leave Is the Easiest Way to Combat Inequality

In the national struggle over economic inequality, Wharton management professor Peter Cappelli calls mandatory paid sick days for workers the lowest of the low-hanging fruit. Cappelli recently served on a task force examining the issue for the Philadelphia City Council and Mayor Michael A. Nutter, and came away with a simple conclusion. “It’s just really hard to make a case that paid sick leave costs employers very much — it’s a complete stretch Twitter ,” said Cappelli, director of Wharton’s Center for Human Resources. 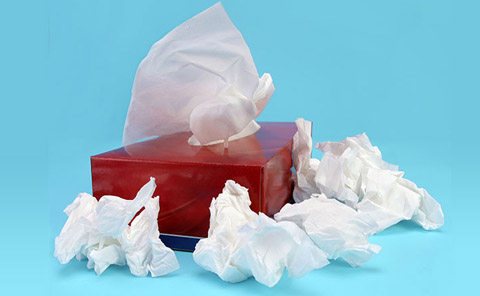 Yet many in the business community, including the U.S. Chamber of Commerce, have fought hard against legislation that would require employers to provide paid sick time to employees. The U.S. is one of the few countries with no national policy requiring employers to provide workers a few paid days a year to recover from routine illness, according to the Center for Economic Policy and Research. President Barack Obama has recently called for legislation that would allow workers to earn up to seven days of paid sick time per year.

Cappelli says that not only does paid sick time cost employers very little, but forcing the sick employee to come to work isn’t necessarily preserving productivity or efficiency: “If you start doing the calculations, the assumption behind this is that when employees come to work sick it doesn’t cost employers anything more. In fact, in most organizations, when people have to come to work when they are sick because they cannot afford not to, they are not contributing much of anything.”

Many say the main reason for keeping sick workers at home is to prevent them from making others sick, and that may be true up to a point, Cappelli notes. But research shows that back pain — a non-contagious condition — is the highest cause of missing work for illness. Still, “there is some of that, for sure,” he says of infectious-illness absenteeism, “and particularly in service jobs and restaurants, it’s a big deal, and that is what has got the popular attention.”

Philadelphia’s sick-pay question has inched along for several years, but progress quickened after the Mayor’s Task Force on Paid Sick Leave presented its findings in December. City Council is now taking up the issue, and many expect approval shortly by both that body and Mayor Nutter.

Cappelli suggests that Philadelphia’s conclusions will translate well across the country. “I think when you look at what other cities are doing, they are roughly similar,” he says. “There are some reasons behind that — [the measures] being proposed or enacted are not that burdensome, but are offering some benefits to employees. A lot of administrations in these cities are looking over their shoulders at what others are doing. They don’t want to be seen as retrograde.”

It has long been the case in the U.S. that many workers are granted paid sick leave by virtue of an individual employer policy or collective bargaining agreement. In the private and public sectors, about 65% of workers have access to paid sick leave. But a national policy regarding paid sick leave has long been a missing link. Now, three states and 16 cities have mandatory sick leave laws, and the issue appears to be gaining some momentum. Why now? “I think it’s really straightforward,” says Cappelli. “You’ve got Democratic cities where the Democrats are completely in power, and you have a situation in the country where conditions for workers are getting worse, not better, while the economy improves, and they are looking for something they can do about it, like pushing minimum wage increases and things like this.”

Republicans are pushing back. So far, 10 states have passed legislation prohibiting municipal governments from enacting paid sick days — Arizona, Florida, Georgia, Indiana, Kansas, Louisiana, Mississippi, North Carolina, Tennessee and Wisconsin. “I think what’s interesting about it is that it’s straight-up politics,” Cappelli notes. “In cases like this, the battle lines are absolutely stark.”

It’s less clear, however, that Republican lawmakers are accurately representing the views of their constituents. About 70% of Republicans said they supported paid sick days in a 2014 survey of 4,507 Americans conducted by the Public Religion Research Institute. Support for paid sick days across all party affiliations registered at 81%.

Conservative groups like the Heritage Foundation have portrayed paid sick time as a pay cut for workers; they argue that if employers are forced to pay more for such benefits, they will reduce salaries and other compensation for workers to cover for it. There is little to support this position, or the contention that consumer prices will go up to cover increased costs to employers, says Cappelli. “The effect on the cost of a hotel room is probably two pennies,” he says. According to the Bureau of Labor Statistics, as of June 2014, the average cost for sick leave per employee hour worked in the private sector was $0.26, or 0.8% of their total compensation. The total cost varies from a low of $0.07 per hour for service occupations to a high of $0.60 per hour worked for management and professional employees.

In Connecticut, which in 2011 became the first state to require that employers provide earned paid sick days, the effect on the cost of business operations has been modest. Virtually no businesses reported reduced wages; nearly 90% said they did not reduce hours, and about 85% did not raise prices. Fewer than 4% reduced operating hours and fewer than 2% said they reduced the quality of services, according to a study by the Center for Economic and Policy Research and CUNY’s Murphy Institute.

The need for paid sick time is critical at the lower end of the compensation scale, supporters say. In Philadelphia, about 35% of the workforce — 200,000 workers — lacks access to paid sick leave, according to U.S. Census and Bureau of Labor Statistics data. Most are low-wage, part-time and service industry workers. Philadelphia’s task force said it drafted changes “to benefit those most in need while also balancing the interests of employers through a series of straightforward recommendations that both employees and employers can follow.”

Change was particularly urgent, given the city’s demographics. Philadelphia has a poverty rate of 26.3%, the third highest among of the country’s most populous cities. Low-income workers, and women and minorities in particular, are least likely to have paid time off to care for themselves or dependents’ health. “For a worker without paid sick leave, the choice is often between going to work ill and forgoing care or taking unpaid time and threatening the most basic economic needs of their family,” the task force report states. “For a family without paid time off, on average, 3.1 days of pay lost due to illness is equivalent to an entire month’s health care budget and 3.5 days is equivalent to its entire monthly grocery budget. Workers without paid sick leave are five times more likely to report using the emergency room, adding to avoidable health care costs.”

While responding to the need, the commission was also mindful of the fact that the city has suffered from a relatively high tax burden for businesses and individuals in comparison to both neighboring counties and the national average.

“When people have to come to work when they are sick because they cannot afford not to, they are not contributing much of anything.” –Peter Cappelli

The result was a recommendation that employees earn one hour of paid sick pay per 40 hours worked, with up to 40 hours of paid sick time accrued on a rolling basis; accrual begins immediately upon employment, but may be taken only after the first 90 days of employment. As part of the proposal, earned leave may be used for care of close relatives; leave may be used not only for illness, but also for care in instances of domestic violence, and no employer with a current paid sick time policy would be required to change current practice. Employers of a certain size will be exempt, either those with fewer than 10 or 15 employees (depending on which version of the proposal is ultimately passed). The task force recommended the cut-off at 15 employees, noting, “this threshold would benefit approximately 120,000 of the 200,000 workers currently lacking sick leave benefits.”

The task force of more than a dozen employers, HR and business leaders met as a whole or in parts more than 20 times, gathering data and opinions from more than 28 individuals and organizations.

Especially important to Cappelli was a recommendation that no worker could be fired for being sick. “It makes zero sense, and it’s insane that there are a lot of employers who do it. And that includes a lot of big employers, like big-box stores.”

Could Philadelphia’s new policy signal a turning of the tide for national paid sick pay in America? In Philadelphia, at least, it came down to a matter of timing. Mayor Nutter had vetoed similar legislation mandating paid sick time in 2011 and 2013, citing the fragile economy. But this time, in accepting his task force’s recommendations, Nutter sounded like a convert: “A healthy worker is a happy worker, and it’s a person that is ultimately going to be more productive and just spreading a lot less stuff around the workplace.”

The issue — like consciousness-raising around the minimum wage — is getting swept up into the larger campaign for alleviating economic inequality. “What is likely is that it will become a political issue and that it might find its way into the Democratic platform of the presidential campaign,” says Cappelli. “There are some states where the legislature might be friendly enough to this, but at the moment, the Republican Party has principal objections, not practical objections, to doing anything that could be interpreted by employers as burdensome. I think it is the kind of thing that might become part of the national dialogue — as in, why don’t we have this?”

Management 101: The Marriage of Strategy and Leadership 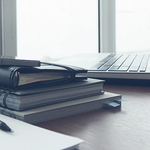 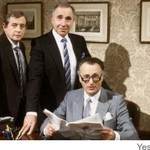