According to surveys conducted by the US polling company Gallup, trust in the media fell to an all-time low of 40 percent last year, from a high of 72 percent in 1976. A loss of confidence in the mainstream media’s ability to report the news “fully, accurately, and fairly” along with a perception of bias – that the media is “too liberal” – has resulted in a growing disenchantment, as people look elsewhere for their news. All traditional media channels have been affected – radio, television and newspapers. 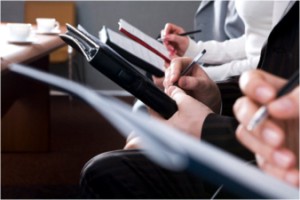 In New Zealand in 2013, the percentage of the population older than 15 that listened to the radio at least once a week declined from 96 percent in 2000 to 79 percent, and television audiences fell to 2008 levels.

Newspapers, radio and television used to be the only real source of news. They were the gatekeepers who decided what information was passed on to the public. But the rise of the internet has changed all of that – the mainstream media no longer has a monopoly on the control of information.

As Paul Thompson, the Chief Executive of Radio New Zealand said in a speech last year about the rise of multimedia digital platforms and other consumer-driven changes, “This transformation means many profound things, as we all know. But I want to highlight one of them: the death of mediocrity. Our control of transmission in the past allowed us, the broadcasters, to largely set the standards of quality and relevance. But in a world where the audience has more choice than ever before their attention will always shift to those media sources which best meet their needs. In effect the audience will call the shots, not us, and the first thing they will shoot is any content which is sub-standard.”

He’s right. Public scrutiny of mainstream media is on the increase. Many of the concerns being raised are the same as those identified by Professor Thomas Gibbons in the UK’s Leveson Inquiry into the press, namely that news coverage is “unfair, biased, sensational, misrepresents views or does not report impartially”. Such failings are driving consumers away, and the more desperate the press becomes in trying to win back their audience, the worse it gets – especially when they engage in their own self-perpetuating media ‘pandemics’.

We saw it only too clearly last year, when the media’s fixation with Nicky Hagar’s well orchestrated book of stolen emails dominated the election campaign – to the exclusion of a proper debate on policy issues that actually matter. They were relentless in their search for sensation, where there was none. In response, many people simply switched off. Others turned to the internet for better quality information.

The latest in a long line of such media pandemic has been “ponytailgate”. In his erudite way, this week’s NZCPR Guest Commentator Sir Bob Jones has written about this:

“Ponytails, which I’m a fan of, have been tugged by males since they were invented by the third century BC Macedonian poet Samus, who wrote lyrically and at length on the desirability of pulling them. Doubtless you already know that. Come to think of it, having an interest in the classics, I dutifully give my 7-year-old daughter’s ponytail the occasional tug. That incestuous confession should excite diverse madwomen from the Human Rights mob, Children’s Commission and Women’s Affairs, all utterly unnecessary agencies which greatly irritate everyone at the long-suffering taxpayer’s expense.”

In his entertaining article, Bob pokes fun at the way the media operates, but the underlying message is serious: “I spoke to dozens of people about this matter and, confirming my suspicion, the response was uniform, namely contempt for the media for flogging this non-story. Newspapers and television, in the face of the technological assault, are fighting for survival. They did themselves no favours with this nonsense. Shame on them.”

In spite of the media’s obsessive political attacks, the polls show that the Prime Minister remains popular. The public like him. Although he rubs shoulders with the world’s most powerful leaders, he has no airs and graces – and he loves New Zealand.

The Herald reporter Claire Trevett provided an interesting insight when she explained that she has been watching how people react to John Key for years. She noted that the barriers that usually lie between people in power and the public were almost invisible, that his informality is natural, and that he touches almost everyone he meets – “a casual thing aimed at reinforcing the connection”. She said there was nothing remotely inappropriate about it all and nor was it one-sided: “During a visit to the Christchurch races in 2011 any number of people launched at him for a kiss. At Gallipoli in 2010 one young bloke high in the stands at Chunuk Bair yelled out for a hug and then leaped down to get it. The Turkish media were astonished and slightly envious, saying their own leader never did such things.”

Most people are fair minded. They don’t like to see others – especially a Prime Minister – treated unjustly by the media. The public’s response to this, and similar issues, should cause media bosses to reflect on the integrity of their own profession, which at such times appears to be seriously wanting.

In 2008, award winning British journalist Nick Davies, who had just published an exposé about wrongdoings in the industry, was interviewed by Radio NZ journalist Kim Hill. He condemned the media’s dodgy reporting, explaining how untruths were frequently disguised as unassailable facts. He said he was shocked by the scale of the “falsehoods, distortion, and propaganda” in stories put out by the press.

During the interview, a Cardiff University study of newspapers was discussed, which had found that 60 percent of news stories were largely derived from public relations releases or news agency wire services, 20 percent were partially so, 8 percent of news came from unknown sources, and only 12 percent was genuine news generated by reporters.

In other words, research found that only a minority of published mainstream news is based on in-house investigative journalism – the rest of the content is largely composed of recycled material from other sources.

Without a doubt there are many pressures on journalists. Since most of the income from mainstream media comes from advertising, material that could offend major advertisers may be edited out. Similarly, journalists who have access to highly placed government and corporate sources, and want to keep them onside, may be loath to publish adverse reports. News editors may be reluctant to deal with controversial political and social issues that they feel may alienate consumers. This explains why contentious issues of grave concern to large segments of the population are often ignored by mainstream media. Similarly, with ‘human interest’ stories being used more frequently to make up for the lack of meaningful content in mainstream news, consumers seeking in-depth information on complex issues are likely to be disappointed.

Long standing concerns about political bias in the media came to a head last year. The Herald reported that, “A survey of New Zealand journalists as part of the Worlds of Journalism Study will have confirmed the darkest fears of many in the National Party. Of the 320 respondents, 62 percent described themselves as left of centre. Only 16 percent categorised themselves as right-leaning, and 22 percent as centrists”.

The issue then made headline news, when the general manager of the Maori and Pacific Unit of Television New Zealand, Shane Taurima, was forced to resign after it was revealed he had been using TVNZ resources for Labour Party business. Calls for the media to be required to disclose political affiliations, so that the public could better judge how much credibility to give to their reports, followed.

The issue was raised in a Parliamentary Select Committee. TVNZ chief executive Kevin Kenrick said he was reviewing the company’s disclosure rules and may require employees to declare any links with political parties: “My personal view is that we should expand that to be more specific about participation in political parties.”

But from the public’s point of view, since the media enjoys a presumption of independence that gives them a level of credibility that most commentators do not have, surely it would only be reasonable for members of the press to disclose any affiliation with a political party. The editor of the Herald agreed: “It is elementary to journalists that joining a political party is not an option unless they plan to make their career in the party’s publications. Those who want to be credible reporters of news and politics for a mass audience cannot belong to a party. If they did, they would have to declare their affiliation, and their audience would rightly question the reliability of everything they reported.”

Television New Zealand came to a similar view, and is now demanding journalists and presenters declare membership, fund-raising or other political party activity. As Chief Executive Kevin Kenrick said, “It’s an absolute necessity for our news and current affairs service to operate free from political influence.”

In their defence, journalists will often claim that their own biases and the pressures from advertisers and media owners, does not affect their work because of their adherence to the norm of ‘objectivity’. This was described by Professor Gibbons as a “cornerstone of the professional ideology of journalists in liberal democracies”, and requires journalists to avoid expressing their own views or beliefs, to take a balanced approach by reporting both sides of an argument, and to quote people and facts accurately.

In a free society, the media has a crucial role to play as the fourth pillar of democracy, standing alongside the Executive, Parliament, and the Judiciary. As the Fourth Estate, they not only act as a watchdog over government, but as a fearless defender of free speech. It is therefore beholden on them to do whatever it takes to restore their professionalism and win back public trust.

I will leave the last word to Keith Rupp, a US Communications Advisor, who, as a former journalist, has some sage advice for the media: “Here are the nagging thoughts I have when I see mainstream news organizations attempting to ape the success of opinionated online platforms. What if journalism is dying because of something else and not the Internet per se? What if journalism is dying because news executives have been chasing the consumers with ‘news’ products that increasingly seek to affirm their audiences’ existing biases instead of holding the line and reporting boring fact-based news? What if Marshall McLuhan had it all wrong when he posited that ‘the medium is the message’? What if the message is still the message? And what if the messenger is getting it wrong?”

Do you believe the standard of mainstream journalism is declining? 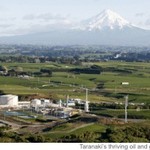 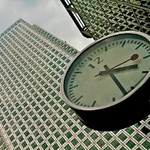