In the lead up to the 2014 General Election, a number of political parties were proposing changes to New Zealand’s constitutional arrangements. Many wanted to strengthen race-based rights and elevate them above the rights of other citizens. 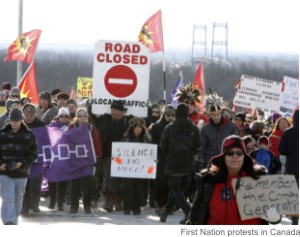 In light of the disastrous impact that constitutionally recognised race-based rights are having in Canada, it is important to scrutinise the constitutional ambitions of parties that will be part of the new National-led government.

In 2008 and 2011, the Maori Party demanded a constitutional review as part of their coalition agreement with National. Their aim was to give the Treaty of Waitangi constitutional status through a new written constitution enshrining the Treaty as supreme law. However, as a result of the widespread opposition expressed during the public consultation process, that option was ruled out.

As we explained at the time, “We are pleased to see the government’s Constitutional Advisory Panel has now expressly ruled out recommending a new written constitution as supreme law for New Zealand. In a report to Cabinet issued last week, they said, ‘There was no significant support for a supreme fully entrenched written constitution, which empowers judges to strike down legislation and that can only be amended through specified processes’.”

But we also warned, “Far from diminishing, the Constitutional Advisory Panel report shows that the threat that radical Maori separatism will be entrenched into New Zealand’s future constitutional arrangements is now very real. If the government is foolish enough to establish the long term independent working group that the Advisory Panel has recommended – to continue on their constitutional ‘conversation’ – then it is highly likely that the extremely radical and divisive ideas outlined in their report will be given credence and treated with a respectability they do not deserve. Such suggestions include changing the makeup of Parliament to reflect the 50:50 representation model desired by the iwi elite whereby half of the MPs would be Maori and the other half non-Maori, the establishment of an Upper House of Parliament based on the 50:50 model, and the introduction of independent tribal self rule.”

So what constitutional changes have National’s support partners – UnitedFuture, ACT and the Maori Party – been recommending?

UnitedFuture wants to make the Constitutional Advisory Panel “a permanent or long term institution, with administrative support from the Ministry of Justice”.

Peter Dunne would also like to re-litigate the issues from last year’s constitutional review in order to “Continue the public conversation on constitutional matters, as recommended by the Constitutional Advisory Panel, with the aim of developing reform options on issues such as a written constitution and the role of the Treaty of Waitangi in time for a referendum in 2017.”

Mr Dunne expressed concern about the Treaty settlement process and race-based rights: “Ensure that settlements fit within the norms of a modern liberal democratic society – ie they should not give one class of citizens’ greater rights than others but should recognize the unique place that hapu, whanau and iwi have had in our country”.

The ACT Party appears unconcerned about whether our constitution is unwritten or written: “ACT is less focused on the form of our constitutional arrangements (dispersed law or codification in a single statute) and more focused on particular deficiencies like inadequate protection for property rights and for the freedom of expression under New Zealand’s electoral arrangements.”

National’s third support partner, the Maori Party, has a long list of radical constitutional demands. With their plan to impose a Treaty based constitution having been rejected, they are now attempting to gain constitutional recognition for the Treaty by the back door:

The Maori Party has also been promoting constitutional change in local government by pro-actively pushing for iwi representatives to be appointed, with full voting rights, onto standing committees of councils throughout the country. They intend to “Hold local government to account over treaty relationships with hapu and ensure they are representative of mana whenua”.

In other words, the Maori Party is trying to engineer their corporate iwi supporters onto councils, using claims such as being the country’s first people and Treaty partners as justification. Appointed iwi representatives would have the same powers as elected councillors, but would not be accountable to the local community and could not be removed from office.

The reality is that these arguments do not stand up to scrutiny. It does not matter one iota when someone first arrived in this country as far as our democratic rights are concerned. And claims of Treaty partnerships are pure fabrication that have no basis in law. Trying to use these to justify special council representation is just a racket. Any local authority that is being pressured to appoint iwi representatives on this basis, should reject their advances outright and see them for what they are – self-serving attempts by the iwi elite to gain easy access to power, influence and control.

What is most concerning about all of this, is that while some of National’s support partners are pushing for constitutional recognition of race-based rights, none appear to be defenders of our current constitution, even though it has been described as one of the most successful in the world.

New Zealand’s ‘unwritten’ constitution consists of a collection of statutes, conventions, and common law rights that together set out the basic rules by which our country is governed. Our constitution gives New Zealand one of the world’s strongest parliamentary democracies, with the country’s ultimate law-making power held by elected Members of Parliament who can be sacked if they lose the confidence of voters. In comparison, in countries with a ‘written’ constitution, the ultimate law-making power is held by unelected judges – who cannot be sacked.

This week’s NZCPR Guest Commentator is Peter Best, a lawyer from Canada who shares with us the disastrous results of his country’s adoption of a new constitution that not only conferred special race-based rights on one group of citizens at the expense of all others, but gave activist judges the final say. His comments should not only serve as the strongest possible warning against changing New Zealand’s constitution, but it should also ring alarm bells over the inclusion of race-based rights in legislation. Peter explains:

“In 1981 Canada patriated it’s Constitution from Great Britain and, at the same time, made additions to it. One of the additions was to foolishly and unnecessarily add section 35, which states, ‘The Aboriginal and treaty rights of the Aboriginal peoples of Canada are hereby recognized and affirmed.’ This had the effect of elevating Indian rights from treaty and legislative rights only, to Constitutional rights, and of creating a situation where the Courts would define those rights, rather than Parliament.

“Since then a highly activist Supreme Court of Canada has brought about a constitutional revolution in our country, to the detriment of us all, including the vast majority of vulnerable, ever-more  dependent Canadian Indians, who for one reason or another, cannot jockey themselves into the ranks of their elites and thus personally benefit from it.

“Firstly, the Supreme Court ruled that, contrary to the express wording of most of the treaties, which clearly stated that Indians fully, finally and forever surrendered and relinquished all title to the land in favour of the Crown, (save and except lands reserved to them as ‘reservations’, and save and except their right to hunt and fish on the surrendered land), our Indians did not surrender all their title to the land. Instead, our Supreme Court ruled, with no historical justification whatsoever, and contrary to over 125 years of established law and practice, that they had merely agreed to share the land.

“And, the Supreme Court ruled, the broad exercise of Indian rights is now not just reservation-based, as before. Apparently, unknown to Canadians for 125 years, (because such rights were never claimed or exercised during that time and no one ever thought of it), as the Supreme Court decreed, aboriginals now have, (and presumably always had, we all just didn’t know it), the right to be ‘consulted and accommodated’ regarding the alleged impact on them of any planned Crown or private economic undertaking proposed to occur on their ‘traditional lands’. ‘Traditional lands’ is turning out to mean not just their small reservations, but basically all of rural and wilderness Canada, where most of our resource-based economy is situated.”

When you read Peter’s commentary it soon becomes clear that Indian groups are now holding the country to ransom. Some of their demands have a familiar ring to them as the iwi elite use similar tactics here.

Without a doubt, race-based demands are a blight on a country like New Zealand that prides itself on upholding the rule of law and treating all citizens equally. The Canadian experience shows just how much worse it would be if the Treaty of Waitangi were to be given constitutional status. The Prime Minister should reject all such demands by his coalition partners outright – his duty is surely to protect this country from what could become a very serious and divisive threat.

Should the Treaty of Waitangi be accorded constitutional status? 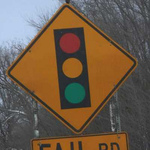 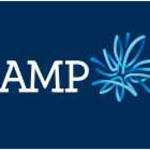 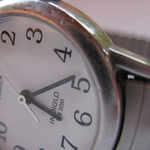