China’s Film Industry: A Blockbuster in the Making

While stories about China’s economy centers on a slowdown, China’s passion for movies, at home and abroad, follows a much more optimistic plotline. Its growth has been phenomenal, outperforming China’s traditional industries, such as manufacturing. Many experts believe China is on track to have the largest film audience in the world –- and by one estimate as early as 2020. 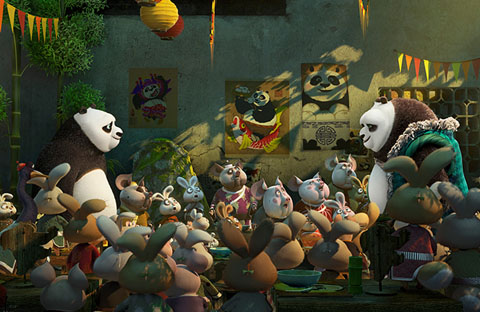 “Many sectors of the Chinese entertainment industry are growing well into double digits on an annualized basis, despite the slowdown in the overall economy. China’s steel industry by contrast is operating at only 70% utilization, with roughly 400 million tons of excess capacity. Neither domestic nor international demand will fill that gap,” says Gordon Orr, senior advisor to McKinsey and Co. who is projecting that China’s film audience size will exceed that of the U.S. in four years.

Currently, China’s movie ticket sales is second only to the U.S. In 2015, box office revenue hit a record $6.8 billion, up 49% from the previous year, according to China’s regulator, State Administration of Press, Publication, Radio, Film and Television. That’s up from $1.51 billion a mere five years ago. North America also saw a record in 2015, hitting an estimated $11 billion for the first time even though it grew at a much slower rate of 7% year-over-year, reported media measurement and research firm Rentrak.

Moreover, China is expected to see a movie cross the $500 million threshold domestically in 2016, according to a McKinsey report. Some Chinese movies have already come close: Monster Hunt grossed $380 million to date while Lost in Hong Kong garnered more than $250 million. The record for an American film, Avatar, was $760 million on U.S. screens.

It wasn’t always this way. From 1979 to the early 1990s, Chinese movies were mainly propaganda films approved by the Communist government, according to an October 2015 report by the U.S.-China Economic Security Review Commission. As a result, the film market dwindled, with attendance falling by 79% from 1982 to 1991. To revive its movie business, China brought in its first foreign film in 1994 — Warner Bros.’ The Fugitive, starring Harrison Ford and Tommy Lee Jones. The Chinese began importing more American films and today allows an annual quota of 34 a year.

At four times the size of the U.S., China’s population makes it the golden goose of the film industry. “China’s audience will one day be bigger than the U.S.,” predicts Qiaowei Shen, Wharton marketing professor. Moreover, the average Chinese citizen goes to the movies less than once a year while the average American goes almost four times a year. “There’s huge potential [for growth] if the average Chinese person [just] goes to the movies two times a year, then box office receipts will increase by two times,” she notes.

“Many sectors of the Chinese entertainment industry are growing well into double digits on an annualized basis, despite the slowdown in the overall economy. –Gordon Orr

Movies also are underpenetrated in China. Extending movie runs to second-, third- and fourth-tier cities should further propel box office receipts. “Big cities are very mature already, says Shen. “Now those smaller cities are becoming very important. [Studios are increasingly] marketing in those small cities. A few years ago, they would concentrate in Shanghai and Beijing,” Shen adds. Now they bring the movie stars to do promotional appearances in more than 20 cities, not just in major urban centers.

The infrastructure for movie-going is also on the rise. Adding movie screens and building cinemas, especially in the smaller cities, will spur growth of the entertainment industry in China, adds Shen. When a new shopping mall is built in China, it’s usually anchored by a theater.

China is building at a rapid rate of 15 new movie screens daily in new and existing cinemas, up from more than three  screens a day in 2012, according to the U.S. commission’s report. China currently has 31,627 screens while North America has approximately 39,000 screens, according to The Hollywood Reporter. Orr predicts that the addition of screens will lead to growth of more than 20% in China’s box office in 2016. Bloomberg reports that China is expected to have 53,000 screens by 2017.

As such, Hollywood studios with an eye to global box office gold know they cannot ignore the Chinese market — and have devised ways to get around the annual quotas set by the government. “There is not a big movie studio in the world that is not thinking about how to crack the China market from the start of making its movies,” says Zhang.

But China looks beyond financial reasons in inking deals. “There’s a concerted effort in China to move into the global entertainment and media industry to build China’s soft power,” adds Zhang. The cultural sector is one of the pillars of China’s Five-Year Plan, meaning the government makes an effort to support Chinese investment in entertainment. “Aside from being good business, it is a way to protect China’s influence in the world.”

“There’s a concerted effort in China to move into the global entertainment and media industry to build China’s soft power.” –Z. John Zhang

This week, China’s Perfect World Pictures completed a $500 million debt-and-equity deal with Comcast’s Universal Pictures that will last five years or cover the co-financing of 50 films, according to Variety. Perfect World is expected to receive a 25% share of most films released by Universal. It is the first time that a Chinese company invests in a multi-year slate deal.

Recently, the Dalian Wanda Group, a Chinese conglomerate led by China’s richest man Wang Jianlan, paid $3.5 billion for Legendary Entertainment, a major Hollywood studio responsible for the Batman and Jurassic World franchises. It is the first Chinese company to buy a big U.S. studio; it is also Wanda’s largest foreign acquisition. According to Variety, Wang hasn’t ruled out more forays into entertainment, saying “we want to have a bigger position in the global movie industry.”

Wanda, the largest commercial real-estate developer in China, has become the largest movie theater operator in the world after acquiring AMC Entertainment Holdings in 2012 for $2.6 billion. Orr adds, “Chinese business leaders recognize that many elements of the entertainment business are fully global and if they are to maximize their revenues they need to be able to seamlessly access global markets. Making international acquisitions can accelerate their ability to do so.”

Wang is also developing one of the world’s largest movie-production facilities in Qingdao, China, which includes 30 soundstages, a permanent set featuring a New York City street, as well as a theme park and resort hotel to accommodate families and staff of cast and crew. The public announcement of the studio included appearances from actors Leonardo DiCaprio and Nicole Kidman as well as movie studio executive Harvey Weinstein.

Getting Around the Film Quota

Hollywood can enter the Chinese market in three ways: through revenue-sharing films, flat-fee movies and co-producing a movie with a Chinese company. The quota of 34 films applies to revenue-sharing films, which lets foreign studios take 25% of the box office receipts or about half the norm for other parts of the world. Flat-fee films, which have a different quota, are not a popular vehicle because Hollywood sells movies for a fraction of their worth, according to the U.S. commission’s report. With co-productions, Hollywood can bypass quotas and receive about half of ticket sales.

“Now those smaller cities are becoming very important [to movie openings]. … A few years ago, they would concentrate in Shanghai and Beijing.” –Qiaowei Shen

Once the Chinese government gains more confidence that Chinese films can compete with Hollywood imports, the 34-film quota might increase, Shen says. “Competition doesn’t kill local movies,” she asserts. “They don’t need protection.” Last year, most of the top 10 films in China were local ones. Hollywood movies grossed 38% of box office receipts in China, a decrease from 46% the previous year.

Meanwhile, Hollywood is actively co-producing movies to get around the restrictions. Legendary is already producing The Great Wall, starring Matt Damon and Andy Lau fending off aliens bent on invading China. Zhang Yimou is directing the $150 million English-language project, the largest co-production between the U.S. and China, due out in late 2016.

Another big deal involves Lionsgate, makers of the Hunger Games franchise, partnering with Hunan TV, the second-biggest broadcaster in China. The $1.5 billion deal with will see the Chinese firm paying 25% of production costs of at least 50 Lionsgate films in the next three years in exchange for 25% of all returns.

Even Jack Ma, executive chairman and founder of e-commerce giant Alibaba, is getting into the game. He was an investor in Mission Impossible: Rogue Nation. He also poured $4.8 million into a video platform since online movies are also seeing massive growth, according to a McKinsey report.

Meanwhile, Huayi Bothers Media will co-produce 18 films with STX Entertainment, founded in 2014 by Hollywood veteran Robert Simonds. Disney has a deal with the Shanghai Media Group and Warner Bros. is working with China Media Capital, a private equity firm. China Film Group, a state-run production company that works with imported films, has invested in Hollywood films like Furious 7, which broke box-office records in China.

DreamWorks believed in the co-production strategy early on. In 2012, CEO Jeffrey Katzenberg saw the Chinese market’s potential and partnered with Chinese state-owned businesses to open Oriental DreamWorks in Shanghai. This co-owned studio is behind the third sequel to the hit Kung Fu Panda animated film. With Kung Fu Panda 3 considered a local Chinese film, it was allowed to be screened during the popular Chinese New Year holiday period. To qualify as a local film, one-third of the production must be shot in China and one-third of the lead actors must be Chinese.

In a first, the movie’s English and Mandarin Chinese versions were released simultaneously in the U.S. and China. American actor Jack Black played the English-speaking panda and Chinese actor Jackie Chan played his Chinese counterpart. It was a winning strategy. In January, Kung Fu Panda 3 opened to a smashing $57 million first box office weekend in China — a record for an animation there — beating the U.S. opening by $16 million. “Certainly, I believe we will see a considerable number of animated movies released in this fashion,” says Orr.

Zhang notes that “Hollywood looks for [opportunities to make] money and China looks for influence and soft power.” But whatever intentions the government has, the Chinese studio’s priority is the box office. “Almost all the outbound investment by China’s entertainment industry has been made by very successful private-sector entrepreneurs. While they are very aware of the ambitions of the Chinese government, they are absolutely looking to make investments that will earn an attractive return for them,” Orr adds

Interestingly, American movies are sometimes made with the Chinese audience mind, knowing they’ll be subject to Chinese government censors. That leads to strategic creative picks. “You will not see a Chinese communist as a villain in a Hollywood big budget movie anytime soon,” says Zhang 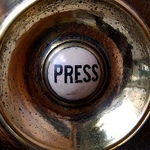 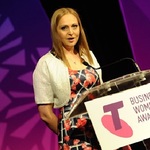 Award Winning Lawyer, Entrepreneur & Author to speak at TEDx in the Whitsundays 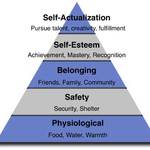