The Government's Plan for NZ

The Speech from the Throne is delivered by the Queen’s representative, the Governor General, at the opening of a new Parliament. Traditionally, the speech sets out the reasons for summoning Parliament after a General Election by announcing in broad terms, the outline of the new government's legislative programme for the next three years.

This time around, the speech was delivered by Sir Jerry Mateparae, on behalf of Her Majesty Queen Elizabeth II, on Wednesday December 21st 2011.[1] It marked the opening of New Zealand’s 50th Parliament, providing an opportunity to celebrate our unbroken parliamentary democracy stretching back to 1854, when 37 MPs were elected to represent 24 electorates. Universal suffrage followed in 1893. As could be expected, the speech reiterated many of the promises that were made by National during the election campaign. In addition, it touched on some of the initiatives adopted as a result of the confidence and supply agreements with ACT, United Future, and the Maori Party.

The backdrop to the establishment of this 50th Parliament is the uncertain global outlook caused in part by the European Debt crisis. Last week our NZCPR Guest Commentator Prof Roger Bowden, former Professor of Economics and Finance at Victoria University, examined some of the main factors that have contributed to the ‘Euromess’. In the final part of his series, this week Professor Bowden looks at the threats to New Zealand caused by a slowdown in Asia:

“As a conscientious economist with the dismal reputation of our profession to uphold, I’ll start with the gloomy bit, which is the prospect of a Sino-mess. As with the Euro-mess, the Chinese version has its own generative forces, but causals are also involved from one to the other. For the Eurozone is a large market for Chinese exports, so any slowdown in the one will impact on the other. However, the Chinese story really starts with a colossal real estate boom, as migrants flooded in from rural areas to find work in the factories that supplied the burgeoning export industries, and for the infrastructure construction that made it all possible. The problems come when thing start slowing down, for the acceleration effect can just as easily go into reverse”. To read the full article click here >>>

The Speech from the Throne signals a new determination by National to seriously reduce government spending. In the last Parliament they supported ACT’s Spending Cap (People's Veto) Bill to limit the growth of core Crown expenditure to a rate that is no faster than the combination of population growth and inflation – unless the public agrees by way of a binding referendum. This type of policy has been responsible for the success of the economy of Hong Kong, where a cap on spending of 20 percent of GDP has led to an average per capita income that is 75 percent higher than that of New Zealanders. In the US state of Colorado a spending cap was introduced through a Taxpayer Bill of Rights in 1992.[2]

These sorts of measures are consistent with the idea of placing limits on government to not only restrict spending to say 29 percent of GDP (the level that the 2025 Taskforce indicated would enable New Zealand to start closing the income gap with Australia) but to also set the maximum level of the deficit as a percentage of GDP, and of Crown debt as a percentage of GDP.

Furthermore, given the irresponsible spending promises being touted by some of the minor political parties in the run up to the election (most notably the Green Party, which was advocating extending Working for Families to welfare beneficiaries, introducing a generous universal child benefit allowance, raising welfare benefit levels, paying beneficiaries for doing voluntary work, writing off all student debt, introducing a universal student allowance, and eliminating student fees) political parties should be required to have their spending promises independently costed and audited so that voters can properly assess the true cost to the country of supporting these parties before voting for them!

As a part of its commitment to reducing government spending and waste, National will continue to lower the cap on the number of staff employed in the state sector bureaucracy. In 2000, the number of full time equivalent employees in the core public service was 29,000. In 2009 this peaked at 44,600. Currently the number is 43,600.[3]

Altogether the state sector consists of 41 departments and ministries, 84 statutory Crown entities paying more than 450 board members, 11 Crown entity companies, 17 state-owned enterprises, 31 tertiary education institutions and numerous "schedule four entities" like the Lottery Grants Board. A comprehensive review of the performance of the main government agencies is being carried out as a part of a state sector review process – see the Performance Improvement Framework results here >>>.

Welfare reform will feature heavily in the new government’s legislative programme. In particular the Prime Minister now appears committed to restraining the growth of the underclass – an outcome he signalled as Leader of the Opposition. The reforms will target unemployed teenagers and young parents to ensure they are in education and training. In addition, some will have their benefits managed by third parties who will also have a responsibility for their pastoral care. Overall the benefit system will be simplified, with more beneficiaries subjected to work testing. There will also be a crackdown, not only on alcohol and drug abuse, but benefit fraud as well.

While the jury is out on how effective these changes will be, they are extremely important since underclass dysfunction is at the heart of New Zealand’s child abuse crisis.

Since the ban on smacking was introduced in 2007 - which proponents claimed would virtually eliminate child abuse - some 30 children have been killed. Tens of thousands have been treated cruelly. There have been endless investigations and reports – in fact submissions on the Government’s Green Paper on child abuse can still be made until February 28 (see here >>>). But the reality is that until New Zealand’s legislative framework is changed to discourage single parent households, nothing will change.

The charter school pilot project is a new initiative signalled by the government in conjunction with ACT. Aimed at helping disadvantaged youngsters to reconnect with the education system, while not a panacea, there is no doubt that introducing competition in schools will help to focus School Boards on what they should be doing better to retain students – and good teachers. The resulting improvement in the achievement of students in the charter schools themselves - and in the wider education system - can only be beneficial.

As part of their agreement with the Maori Party, National will establish a Ministerial committee on poverty led by the Minister of Finance, Bill English, and Whanau Ora Minister Tariana Turia, along with the ministers of education, health, housing, Maori affairs and social development. The committee, which is expected to issue its first report mid-2012 with six monthly updates, will monitor whanau ora as well as a number of grassroots social sector trials that are being undertaken around the country to find the best way of helping disengaged young people get their lives back on track.

The committee on poverty looks to be the Maori Party’s response to the social justice campaigns being run by Hone Harawira’s Mana Party, but his call for free breakfasts in schools to alleviate poverty raises serious concerns. If families that can afford cell phones and Sky TV can’t afford porridge for their children’s breakfast, then something is deeply wrong with the parents.

Meanwhile, at a time when many other state agencies are being disestablished or merged, a stand-alone Whanau Ora agency is being planned.

Having resolutely rejected the call by various groups over the last three years for the reinstatement of a youth wage to improve the dreadful youth unemployment statistics, National will instead introduce a new “starting-out wage” for 16 to 19 year olds. Set at 80 percent of the $13 an hour adult minimum wage, the starting-out wage can be paid for up to 6 months.

Other policy changes signalled in the Speech from the Throne include the partial sale of state assets, the establishment of new environmental reporting systems for fresh water management, competition in ACC’s Work Account, reforms to the Resource Management Act, and an overhaul and simplification of the local authority planning process. In addition, even though the economy is tight and households and small businesses are struggling, National has indicated that there will be more increases in the cost of power and fuel due to the Emissions Trading Scheme subsidies being phased out.

During the next three years, the settlement of historic Treaty of Waitangi claims will be prioritised ahead of the 2014 final settlement deadline. With over 20 claims in the pipeline ready to be passed into law, and dozens more waiting in the wings, the NZCPR Treaty project led by Mike Butler - to bring greater transparency to the settlement process - has its work cut out.

The Maori Party’s Constitutional Review will be progressed this year. The advisory committee is expected to provide six monthly reports to the government, with a final set of recommendations by the end of next year. Unless New Zealanders wake up to the imminent threat, by next year the Treaty of Waitangi could be well on the way to becoming the cornerstone of a new New Zealand constitution, which would elevate anyone claiming Maori heritage to a status above that of all other citizens. If New Zealanders do not want to become second class citizens in their own land, then I would urge them to register their concern here >>>.

And in line with an escalation of race-based rights – as a result of the Maori Party being a coalition partner in the new government - the next few months will undoubtedly see the emergence of a progression of indigenous rights claims for our coastline. The problem is that we probably won’t “see” anything until the deals are done as the whole process has been designed to be secret. By the time the deals are finally reported it will be too late - what has always been a public Crown-owned reserve, will be under agreement to become the private property of corporate iwi.

While some aspects of the government’s legislative agenda have been spelt out in the Speech from the Throne, there is much that has not been signalled. Just as President Thomas Jefferson said the price of freedom is eternal vigilance, so too is the price of democracy! We need to keep a close eye on what’s going on and we must not be afraid of letting our representatives in Parliament know what we think!

This week’s poll asks: Do you believe that sending children to school hungry amounts to child abuse? Click here for poll >>> 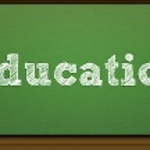 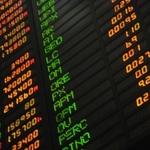 Investor Sentiment and Stock Prices: Explaining the Ups and Downs 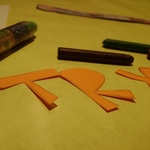